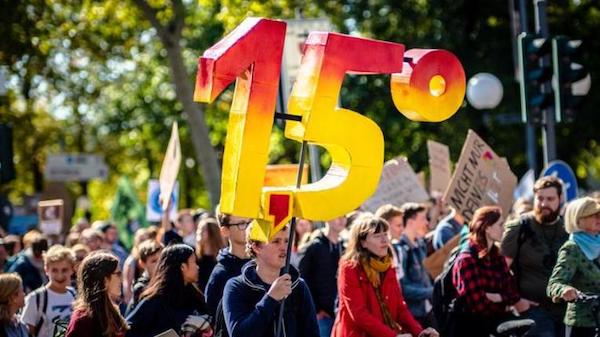 Photo by Mika Baumeister on Unsplash

Climate progressive countries United Kingdom and Sweden have to ramp up their commitments to reach the Paris Agreement goal, according to a new study led by Kevin Anderson of the Tyndall Centre for Climate Change Research at the University of Manchester and Upsalla University.

The Paris Agreement mechanism relies on Nationally Determined Contributions—commitments made by each country to reduce national emissions over five year time spans, and plans to adapt to the impacts of climate change. These five year commitments determine whether or not the goals of the Paris Agreement can be achieved – a global peaking of greenhouse gas emissions as soon as possible to limit warming between 1.5C to 2C.

The UK and Sweden are two countries with legislative frameworks underpinning their climate strategies. Both have committees on climate change to advise on the timeframe, scale, obstacles, and opportunities for delivering on their government’s climate commitments.

Kevin’s analysis with Tyndall colleague John Broderick and Swedish PhD researcher Isak Stoddard at Upsalla University looks at the UK and Sweden’s carbon emissions, excluding non-energy sources of CO2 like cement production and deforestation. This follows the principle of Common but Differentiated Responsibilities and Respective Capabilities (CBDR-RC), acknowledging the different capabilities and responsibilities of countries in addressing climate change.

The study also allocates Paris-compliant carbon budgets to the UK and Sweden based on emissions grandfathering, where recent emissions inform future emissions entitlement. They estimate the UK has a Paris-compliant carbon budget of between 3700MtCO2 to 2800MtCO2 and needs to have a minimum mitigation rate of 10%-13% annually. Sweden has a share of 280MtCO2 to 370MtCO2 and needs 12% to 15% annual mitigation rates.

The UK’s Climate Change Act established a series of five year carbon budgets and in 2019, set a target to reach net zero emissions by 2050. Currently, the UK is within its own set carbon budgets.

The author’s analysis calculates the UK Government’s total carbon emissions between 2020 to 2100, including international aviation and shipping, to be 9000MtCO2 with a mitigation rate of nearer 5% each year. This puts the UK’s emissions at more than twice its Paris-compliant carbon budget and its mitigation rate at less than half of what is needed to reach the Paris Agreement goals.

Sweden’s new climate policy framework was adopted in 2017, with a goal of net zero emissions by 2045. Unlike the UK, Sweden’s climate policy does not reference carbon budgets. However, Sweden has set emission targets, where emissions need to be at least 85% lower than 1990 levels in order to reach net zero by 2045.

Looking at Sweden’s total carbon emissions between 2020 to 2100 shows that the country’s total emissions would be around 800MtCO2, more than double the Paris-compliant carbon budget. The study has found a significant gap between the carbon budget and trajectories implied by the Swedish climate policy framework and that of a Paris-compliant pathway.

“Both the UK and Sweden are heralded as climate progressive countries, but our study shows that much more needs to be done in order to deliver on the commitments enshrined in the Paris Agreement. Even within climate progressive countries, the Paris Agreement requires, at the very least, an immediate doubling in mitigation rates,” says Prof. Kevin Anderson.