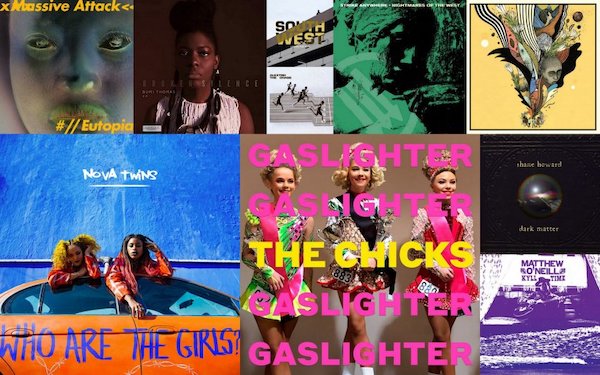 Here’s a look back at July’s political news and the best new albums that related to it. What albums would you suggest? 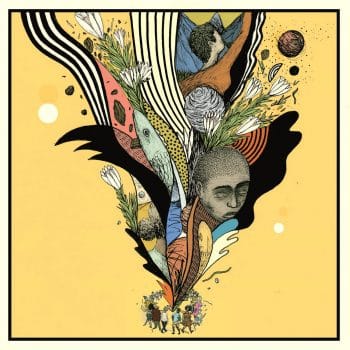 On July 1, the African continent had recorded 405,870 cases of COVID-19, 37% of which were in South Africa. Despite this, the South African government was insisting on restarting its economy amid protests that only the wealthy could afford to get tested for the coronavirus and that the figure of infection could be much higher. Two days later, international world music collective Keleketla! released their self-titled album, which features South African “anti-capitalist cultural resistance movement” Soundz of the South chanting revolutionary slogans such as “forward with the struggle” on the track “Future Toyi Toyi”. The song is inspired by toyi toyi, a style of protest that begins with the stomping of feet and spontaneous chanting. It has long been used in political protests in South Africa, where mining has been operating at full capacity since June 1, despite the pandemic. LISTEN>>> 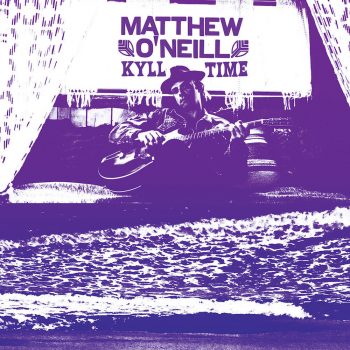 On July 6, resource extraction was partially paused in the US when a district court ordered the shutdown of the Dakota Access Pipeline. The same day, US singer-songwriter Matthew O’Neill released his new album on streaming services. It features the song “Standing Rock”, a tribute to the Standing Rock Indian Reservation where protesters fought on the front line against the notorious oil pipeline. “It’s kind of an arrow tip of a song about the idea of resistance toward destructive forces and reconnecting people with a sustainable, indigenous way of life,” O’Neill said. “I think more and more people are aware that things need to change, but we don’t really have much time to be dilly-dallying. Getting that message across to the right people is tricky. Rock ‘n’ roll and music is the best way to do it. It has more impact, the impact to change your life.” LISTEN>>> 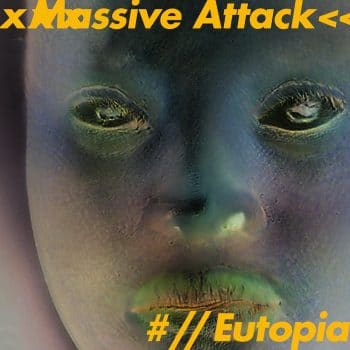 Also railing against climate change were multimillion-record-selling British group Massive Attack, with their new audiovisual EP, Eutopia. It was released on July 10, a day after Australia became the world’s biggest exporter of fossil fuels. Commenting on the project, the band said: “Lockdown exposed the best aspects and worst flaws of humanity. That period of uncertainty and anxiety forced us to meditate on the obvious need to change the damaging systems we live by. By working with three experts, we’ve created a sonic and visual dialogue around these global, structural issues, taking the form of climate emergency, tax haven extraction and Universal Basic Income.” The release features UN Paris Climate Agreement author Christiana Figueres, Universal Basic Income Principle founder Professor Guy Standing and US “Wealth Tax” policy inventor Professor Gabriel Zucman. LISTEN>>> 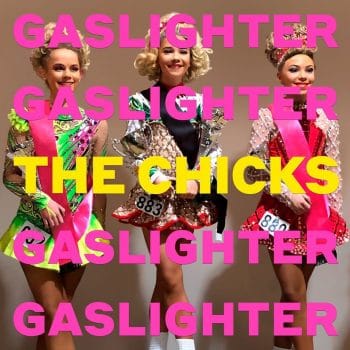 Climate change is one of many topics covered by The Chicks – formerly known as The Dixie Chicks – on their new album, released on July 17. It’s found on the song “March March”, written after the US country pop trio attended the March For Our Lives protest against gun violence. “But we didn’t want to write three verses all about gun control,” said band member Emily Strayer. “So we started talking about other things we were passionate about. We were just all riled up about what was on the news.” Singer Natalie Maines said the song could have been 25 minutes long. “Once you go down that path, we could have had endless verses.” The band have become a byword for politics in music after they were shunned by country music radio for saying they were “ashamed” of then-US President George W Bush in 2003. The new album, which pulls no punches against the current president, is excellent. LISTEN>>> 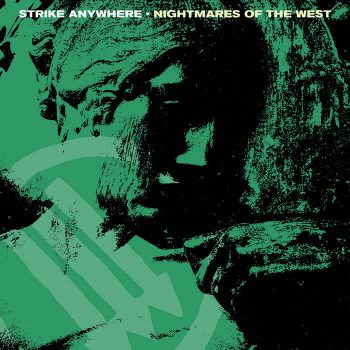 5. STRIKE ANYWHERE – NIGHTMARES OF THE WEST

Fellow president-baiting US political music diehards Strike Anywhere also returned this month after a long absence. Speaking about their new album of melodic hardcore anthems, they said: “The point of Nightmares Of The West is to understand that despite of all the injustice in the world, it’s still important to fight the good fight… We really need to say ‘OK, look, we can reorganise this. This thing happened 200 years ago, or the western hegemony of the globe happened 400 years ago and these were deep missteps. And we can either annihilate ourselves by trying to justify it to death, or – to quote the Bouncing Souls – we can find what’s good and make it last.” The release came days after the Australian government announced it was spending $270 billion on new weapons, despite complaining it didn’t have the money needed to support those made jobless by the pandemic. LISTEN>>> 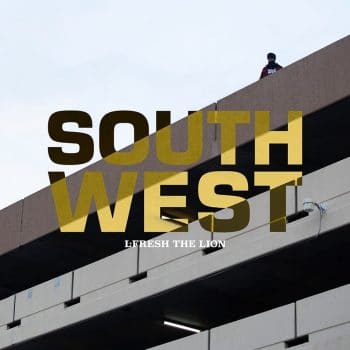 Supporting those made jobless by the pandemic were Australian Sikhs, who dished out thousands of free curries this month. On July 17, their fellow Australian Sikh, rapper L-FRESH The LION, released his new album of decolonisation lessons that he wished he’d known as a kid. On the emotional “Mother Tongue“, he raps about losing fluency in his language: “Conversations with my grandmother would comfort me. I’d reply in our mother tongue, uncomfortably. She’d laugh unaware of the shame kept underneath. The process of losing it wasn’t done consciously. I remember back when I was kicking it in school. At that age speaking your language wasn’t cool. If you stood out they’d make you feel like a fool. The pressure from your peers is very powerful.” And on the sublime “Peace & Light”, he raps: “It’s hard to free your mind when you’re forced to leave parts of you behind.” LISTEN>>> 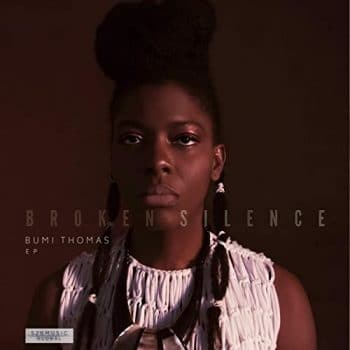 Such colonisation was on brutal display on July 14, when letters released under the Freedom of Information Act revealed exactly how the Queen dismissed the government of leftist Australian Prime Minister Gough Whitlam in 1975. Back in the “mother country”, Glasgow-born artist Bumi Thomas used the launch of her new EP to describe how she was almost deported under racist laws introduced by former Prime Minister Margaret Thatcher. Her fellow Black British jazz musician, Zara McFarlane, released an equally powerful album on July 17, which “addresses the iniquities of empire head on”. Examining her Jamaican heritage, “Roots Of Freedom” talks about revolution and “retribution”, because when the British empire finally banned slavery, compensation was paid not to the slaves, but to the slave owners. MORE>>> 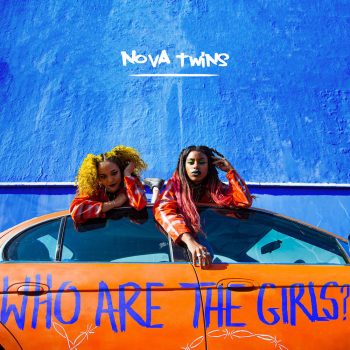 Lashing out at that colonial mindset were Black British punks Nova Twins, who skewer Brexit on their stupendous new album. Discussing the record as they limbered up for a gig this month, they said: “We called it Who Are The Girls? because we didn’t always feel heard or accepted making the type of music we do, looking the way that we do. Being Black women doing punk music is political… It’s definitely challenging and there is a stigma attached to it.” On the Brexit-baiting “Devil’s Face” they sing: “Deceivers, believers. You’re weak or born leaders. Pick or lose, it’s up to you. Die or pledge your allegiance. The devil’s got your face on – look at your reflection.” But as Black Lives Matter protests continued around the world, police shut down a rally in Sydney that was demanding justice for the 438 Aboriginal people who have died in custody since 1991. MORE>>> 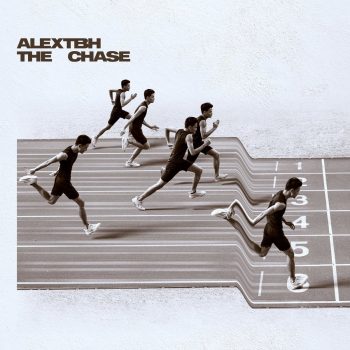 The effect of the Black Lives Matter rallies was even being felt in Malaysia, where queer pop artist Alextbh released his new EP this month. “It seems like Black issues are not exactly our issues, maybe because of proximity or maybe because we don’t have a huge Black community here,” he said. “But ever since George Floyd’s killing, we’ve uncovered so many injustices here in Malaysia. I personally feel like I’m very privileged because I’m surrounded by people, friends and family who are really supportive and are behind everything I say. But that’s not necessarily the case for a lot of people here, especially if you’re Muslim. The government will send you to conversion therapy if you’re gay. It’s just completely ridiculous.” The EP was released as activists complained that anti-refugee xenophobia was reaching “a peak” in Malaysia. MORE>>> 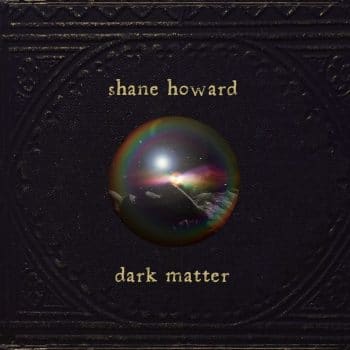 On July 24, New Zealand granted asylum to Behrouz Boochani, a refugee who had fled Iran via south-east Asia, only for Australia to imprison him on Manus Island for years. Just days earlier, Australian musician Shane Howard had released his new album, which features the song “Prison Island”, inspired by Boochani’s book about his ordeal. In discussing the album, Howard – the lead singer of ’80s band Goanna and author of their 1982 hit about Uluru, “Solid Rock” – described how he smuggled the brutal truth about Australia’s colonial past into the mainstream at a time when most media denied access to Indigenous voices. “Back in the ’80s, we didn’t hear Aboriginal voices on radio,” he said. In a sign of some progress, at the end of the month, 16-year-old Aboriginal rapper The Kid Laroi released his debut album after his single “Diva” notched up more than 30 million views on YouTube. MORE>>>

Mat Ward has been writing for Green Left since 2009. He also wrote the book Real Talk: Aboriginal Rappers Talk About Their Music And Country and makes political music. This year, he released a concept album about the media hailed as “edgy, daring and new”. You can download the deluxe version free for a limited time here.

Stream our new “Protest albums of 2020” playlist on Spotify here. This replaces the previous “Political albums” playlist, that was getting too big at more than 500 albums.