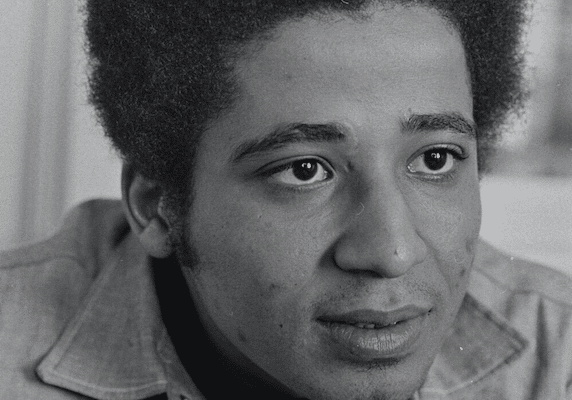 Each August since 1979, the surviving sectors of the Black Liberation Movement, our supporters, and the new entrants into the ranks of resistors to the ongoing oppression against the African/Black masses and colonized peoples of this territory now called the United States and its settler state, have paid homage to our fallen freedom fighters and those incarcerated for decades in the cages of this country.

The struggle for African/Black freedom in the United States began with the arrival of the first enslaved Africans to this territory in 1619. The tradition of resistance to the settler state is different from the tradition celebrated by the elites of this country in response to the death of U.S. Rep. John Lewis (D-GA). Our positionality first, as an enslaved people and after the formal period of slavery as a nationally oppressed people had forged for us a different interpretation of U.S. history and our relationship to this state.

For the Black Liberation Movement, reconciliation with the settler state toward a “more perfect union” was not only an impossibility because white-supremacist settler power has been crystalized into the state. It also would have been an unprincipled betrayal of our ancestors, who had resisted the assaults on our collective dignity and struggled to destroy the oppressive system—and had no plans to integrate with it.

That struggle intensified in the 1960s and ‘70s, resulting in a vicious counter attack from U.S. state authorities that involved murder, incarcerations, organizational disruption, and an ideological and cultural program to create an “American” out of the rebellious Africans who had earned global prestige for rising up in over 350 cities and creating a revolutionary movement.

Black August was created to not only honor and commemorate those who fought for our human rights, national liberation and self-determination, such as Jonathan and George Jackson, W.L. Nolan, and William Christmas. It is meant to pay homage to all of our revolutionary ancestors and those still ensnared by the state.

This past weekend, Black Alliance for Peace (BAP) members unanimously decided to commit to raising awareness about our imprisoned fighters.

The theme of Black August is to “study, fast, train, fight.” That is what the members of BAP intend to do this month and every month until we rid the Earth of the malignant threat to all of humanity represented by the Pan-European, White-supremacist, colonial/capitalist patriarchy.

Because we celebrate August as Black August, we highlight this Hood Communist article by BAP member Erica Caines on Black revolutionary and prison abolitionist George Jackson.

The “No to the New Cold War in China” webinar that BAP National Organizer Ajamu Baraka and BAP Coordinating Committee member Margaret Kimberley participated in on July 25 has been viewed more than 70 million times in China and around the world. Ajamu’s talk was transcribed and published in the Global Times, Black Agenda Report and Monthly Review. Margaret’s talk was given Chinese subtitles. Our participation, featured on CGTN Europe, demonstrates how important it is to have African voices articulating the Black radical internationalist tradition.

We were dismayed to hear Zimbabwe’s current government has agreed to pay $3.5 billion to white farmers who were dispossessed of land during a decolonization process.

Margaret recently had discussed this effort on the Canadian Voices of Women for Peace webinar. Margaret also appeared on The Convo Couch to discuss U.S. imperialism, the current Black Lives Matter movement and Russiagate.

The global economic depression sparked by the pandemic lockdowns is “a singular event in the history of world capitalism,” said Duboisian scholar Anthony Monteiro to Black Agenda Radio. “It might be the crisis that so disabled the world capitalist system that it will never be the same.”

We are not falling for the ruling-class agenda meant to de-politicize the resistance using the liberal petit bourgeois Black misleadership class, as Margaret Kimberley stated this week in Black Agenda Report.

Netfa was also featured in an interview by TeleSUR that was then picked up by CounterPunch, Caribbean News Global, Rebeliòn, Portal Alba, ALAI, Globalizacion, Orinoco Tribune and The Canada Files.