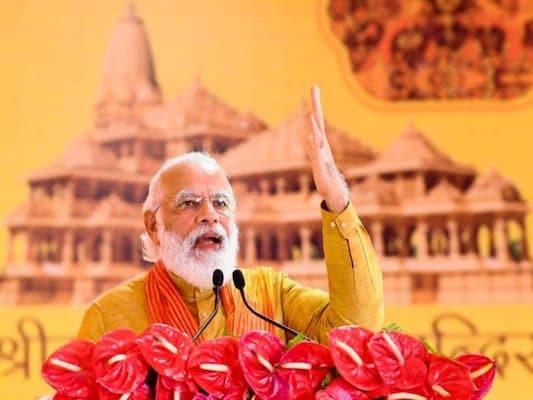 After decades, the issue of contempt has come alive. For this, we have to be grateful to Prashant Bhushan and the Supreme Court of India.

The court’s attention to contempt in Bhushan’s case and its bizarre outcome, in which Twitter agreed to take down Bhushan’s remarks without being ordered to do so, led Bhushan, senior journalist N. Ram and former minister Arun Shourie to seek amendment of the contempt law. Votaries of free speech such as myself must hope that the court grants their petition. In the past year, we have seen such blatant disregard of freedom of expression, and such bias in the application of law, that it is difficult not to wonder if the right to dissent is restricted to a select few, such as Congress rebel Sachin Pilot.

Over the two terms of the Narendra Modi administration, the list of people arrested for dissenting is long and ever-growing. Students, teachers, rights advocates, political leaders, members of minority communities, journalists, even writers, have become fair game for the police. Indeed, while ordinary citizens find it difficult to get the police to register complaints against heinous crimes such as rape, a BJP or Hindutva affiliate has only to complain against a speech and the unfortunate subject is arrested.

Nor do the police feel it incumbent upon them to present a good case to the court. In the series of hearings on habeas corpus and bail petitions, investigative and security agencies have purported evidence that is extremely thin. In fact, as numerous reports have shown, government figures appended in affidavits often contradict the allegations made in the affidavits themselves. Shoddy filings are produced even when the charges are extremely grave, for example under the Unlawful Activities Prevention Act (UAPA). Intended originally to target terrorism and its supporters, the Act restricts rights that are normally available for less grave offences, such as the right to bail. Given the restricted rights of the accused, the assumption is that the police and the courts will adhere to high standards in preparing or judging the case, but they do not appear to labor under this obligation.

Despite these defaults, government representatives and the police are rarely taken to task by the courts. In the rare instances when a judge does seek investigative accountability, more often than not the judge or the case is transferred. The special courts set up to process cases under the UAPA are emerging as particularly lax when it comes to police investigations. Judging by the Gautam Navlakha, Anand Teltumbe and Varavara Rao cases, not to mention the dozens against students, they appear willing to let the investigative agencies demand stringent action with little cause.

I stress this point because we are in danger of forgetting that such violations spell the death knell of democracy. Over the past year, we have been unfortunate witnesses to an array of acts which amount to contempt of the people, beginning with the toppling of elected state governments to the silencing of dissent, especially if it is liberal or left-wing opinion. Laws against these offences apparently carry little weight since there have been few judgements punishing them.

What rule of law do we presently live under? A minister can refuse to give a voice sample to the police. If the Centre is displeased with how a state government is investigating an offence, it can pressurise the state administration into calling in the Central Bureau of Investigation or the National Investigative Agency. Somehow the Enforcement Directorate and the taxmen chiefly raid opposition politicians. Party social media handles can put out fake news. So can television anchors. The police of different states can refuse to cooperate with each other, as we saw in Rajasthan versus Haryana or see now in Bihar versus Maharashtra.

The strongest display of bias has been, of course, in the approach to hate speech, and even worse, hate action. Some hate speech appears to be acceptable, especially if it is uttered by men in power and targets minorities. The Delhi police are allowed to decide that speeches by ministers and ruling party functionaries, which are clearly abusive, do not constitute offences, without a word from the home ministry or, for that matter, from the lieutenant-governor under whose charge the Delhi police lie. The media can air or publish hate speech so long as it is by members or supporters of the ruling party. Indeed, ruling party propagandists are now labelled intellectuals or analysts who can spew a farrago of lies with no check by anchors or editors.

As for hate action, our government has just celebrated the ‘bhoomi pujan’ of the site where a new Ram temple is to be built. It is the same site where a 15th-century mosque was forcibly destroyed by Hindutva groups, 27 years ago. Criminal cases are still pending against the leaders implicated in the mosque’s destruction. The new Ram devotees, we are told, celebrate the strong man in Ram, not the soft man who went into exile to uphold a principle. Shorn of his principles, however, Ram could as well be Duryodhana. Respect for the people–all the people–was an ethical norm that the Ramayana repeatedly stressed. In the past year, it has been ruthlessly trampled on.

If all this is not enough to indicate how rapidly our country is slipping into totalitarianism, note that we have just completed one year of locking up the people of the Kashmir Valley and restricting the rights of the people of Jammu and Ladakh. What could be a more naked display of contempt of the people?

Radha Kumar is a writer and policy analyst. Her latest book is Paradise at War: A Political History of Kashmir.