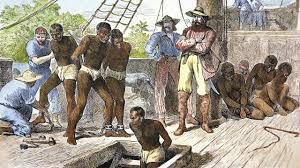 Before Europeans arrived in America, Portuguese seafarers snatched the first Africans from their homelands to be sold and exploited in the Iberian Peninsula. Documentary evidence indicates a date: 1444. In 1510, 18 years after the first voyage of Columbus, the monarch Fernando de Castilla authorized the transfer of consignments of Africans to Hispaniola, in order to leave their lives in the mineral veins of the island, like the aborigines. Cuba in 1886 and Brazil in 1888 were the last to abolish slavery in this part of the world.

Between one date and the other are four centuries of infamy, of forced uprooting, exploitation without limits, premature deaths, family fractures, twisted destinies, cultural alienation and massive violation of the most elementary human rights.

Conservative estimates indicate that 12 million enslaved Africans arrived on American soil. To the statistics must be added the children of the victims of trafficking born here, also enslaved, and the numbers of those who died during the journey.
To the infamy described should be added the sequel to this horror: racism as an ideological construction that justified African exploitation and, above all, the inherent and systemic nature of the exploitative process.

In the memory of the Cuban people this imprint is not forgotten. Therefore, the wake-up call on the eve of August 23, International Day for the Remembrance of the Slave Trade and its Abolition, must transcend formality and be projected as a moment for reflection and understanding of what the African legacy means in the world, and within the historical and current social fabric of our nation.

The day, proclaimed by UNESCO, evokes the massive uprising of slaves in the French colony of Saint Domingue, at dawn on August 23, 1791, which began the Haitian revolution, and seeks not only to highlight the indissoluble link between freedom, social justice and defense of human dignity, but also contribute essential historical background to the fight against all forms of oppression and racism that persist on a global scale today.

For years, Cuba has developed the La Ruta del Esclavo (The Slave Route) program with appreciable results, supported by the coordinated actions of academic and cultural institutions that respond to the educational and cultural policy derived from the revolutionary transformations that have taken place among us for more than half a century.

Publications, scientific events, promotional actions of social impact in festivals and artistic programs have made possible advances in the study of trafficking and slavery, the heritage values ​​related to the subject and recognition of expressions of African origin that are part of our identity.

There are conditions for all of this to be further strengthened with the implementation of the National Program to Fight Racism and Racial Discrimination, approved by the Council of Ministers, led by the President of the Republic, Miguel Díaz-Canel Bermúdez, and in the that more than thirty state agencies and socialist civil society organizations involved.

This will, of course, be a way of honoring a concept expressed by Comandante en jefe Fidel Castro, when on December 22, 1975, at the closing of the First Party Congress, and the announcement Operation Carlota, Cuba’s combative solidarity with Angola, he stated: