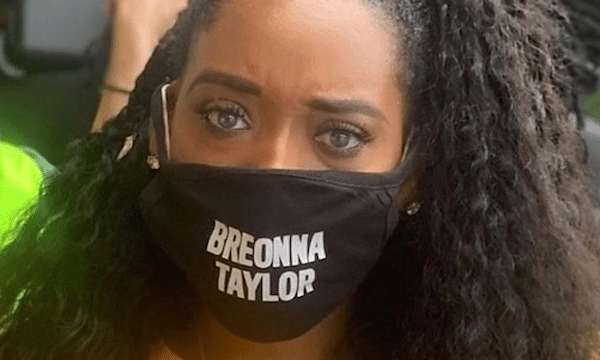 Reactions to the Breonna Taylor murder, settlement and verdict all have one thing in common: Black people’s inability to protect our lives.

Regardless of life circumstances, income, or educational levels, discerning black people know that misfortune befalling anyone else in the race could easily be theirs. That is one reason that the killing of Breonna Taylor at the hands of Louisville, Kentucky police resonates so deeply.

Ms. Taylor was shot to death by police executing what is called a “no knock” warrant seeking evidence against a former boyfriend. It is rare for a criminal to be such a threat to the public that a no knock warrant, police bursting in unannounced with guns drawn, is ever justified. It is just another tool that guarantees jobs for law enforcement and jail for black people. There is drug dealing in every part of the country and among every racial group. Only black people have to fear death because of personal connections.

Her current boyfriend returned fire upon hearing the police breaking down the door. Police shot Breonna Taylor five times and then left her to die. They made no effort to call an ambulance or take any action to save her life. The case ended the way that police killings of black people usually do. Only one of the three officers involved was indicted and on a minor charge because a bullet he fired went into a neighbor’s apartment. No one was charged with killing Taylor.

Shortly before the grand jury decision was announced Taylor’s family received a $12 million settlement from the city of Louisville, a deal brokered by attorney Benjamin Crump. The size of the payment was an indicator that the police would get away with the crime.

Black people remain angry about Ms. Taylor’s death. The anger is felt not only on her behalf, but on behalf of Sandra Bland and Eric Garner and Tamir Rice and the 300 black people killed by police every year. Most of them remain anonymous.

The statistic which informed us that one such killing occurs every 28 hours is an indication of our powerlessness as a group. Of course there is anguish and trauma among people who still do not have a say in how they are treated and who can expect the legal system to act against their interests. There is even anger directed at the family because they accepted the money and dubious legal opinions are expressed regarding Crump’s ability to do anything but win settlements.

There is another, far more dangerous reaction that blames Taylor for her own death. Self-haters and others predisposed to blame black people, even when they are murder victims, absolve corrupt policing and blame her relationship with a former boyfriend. The police who killed Breonna Taylor committed an extra-judicial killing and if there is any condemnation to be made it should be laid at their feet. Judgement and finger wagging are cloaked in respectability politics and absolve a racist system of any culpability.

Black communities are over-policed, residents are targeted for arrest for any offense, sentenced unfairly, and killed for any reason. Prosecutors are cozy with police. They work together to fill the jails and keep the mass incarceration system running. Even if a killing occurs on camera the only hope is that a family may get some financial restitution.

Benjamin Crump, Lee Merritt and other attorneys who take on these high profile cases can do little except negotiate for settlements, which are in fact paid for by the public. Cities sell bonds for liability awards. We end up paying to support brutality committed against us, while Wall Street reaps the benefits.

Some of the finger pointers despise their own people. Others hope that following the rules will save them from the modern day slave patrol. It is painful to contemplate that our lives can be snuffed out for any reason at all because we are black. Blaming the victim is an out and in this case gives some measure of comfort in the belief that our behavior will keep us safe.

Reactions to the settlement, the verdict, and Ms. Taylor’s life choices all have one thing in common. Our inability to protect our lives, and to successfully confront the system has created great confusion amongst us. We turn on each other in judgement, blame lawyers, families, and even victims because we have made so little political progress.

Reactions to Taylor’s death are a litmus test. Do we side with our people when they are victimized or do we rationalize murder in order to feel superior? Do we blame publicity seeking lawyers or do we understand why justice for us is so rare? All of these questions must be taken seriously. We are all Breonna Taylor.