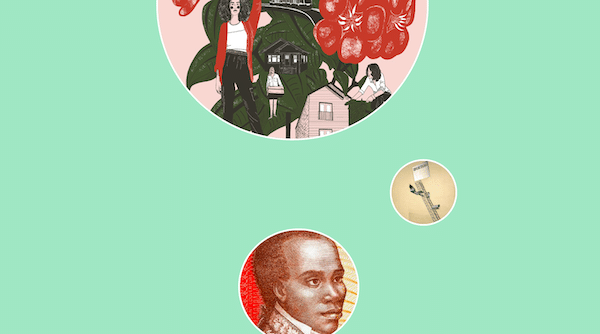 Ecosocialism and the de-growth movement are among the most important currents of the ecological left. Ecosocialists agree that a significant measure of de-growth in production and consumption is necessary in order to avoid ecological collapse. But they have a critical assessment of the de-growth theories because: a) the concept of “de-growth” is insufficient to define an alternative programme; b) it does not make clear if de-growth can be achieved in the framework of capitalism or not; c) it does not distinguish between activities that need to be reduced and those that need to be developed.

It is important to take into account that the de-growth current, which is particularly influential in France, is not homogeneous: inspired by critics of the consumer society, Henri Lefebvre, Guy Debord, Jean Baudrillard, and of the “technical system”, Jacques Ellul, it contains different political outlooks. There are at least two poles which are quite distant, if not opposed: on one side, critics of Western culture tempted by cultural relativism (Serge Latouche), on the other side, universalist left ecologists (Vincent Cheynet, Paul Ariés).

Serge Latouche, who is well known worldwide, is one of the most controversial French de-growth theoreticians. For sure, some of his arguments are legitimate: demystification of “sustainable development”, critique of the religion of growth and “progress”, call for a cultural revolution. But his wholesale rejection of Western humanism, of the Enlightenment and of representative democracy, as well as his cultural relativism (no universal values) and his immoderate celebration of the Stone Age are very much open to criticism. But there is worse. His critique of ecosocialist development proposals for countries of the Global South–more clean water, schools and hospitals–as “ethnocentric”, “Westernizing” and “destructive of local ways of life”, is quite unbearable. Last but not least, his argument that there is no need to talk about capitalism, since this critique “has already been done, and done well, by Marx” is not serious: it is as if one would say that there is no need to denounce the productivist destruction of the planet because this has already been done, “and done well”, by André Gorz (or Rachel Carson).

Nearer to the Left is the universalist current, represented in France by the journal La Décroissance (“The De-Growth”), even if one can criticize the French “republicanism” of some of its theoreticians (Vincent Cheynet, Paul Ariès). Unlike the first, this second pole of the de-growth movement has many points of convergence–despite occasional polemics–with the Global Justice movements (ATTAC), the ecosocialists and the radical left parties: extension of gratuity [goods, services, or amenities that are offered for free], predominance of use-value over exchange-value, reduction of labour time, struggle against social inequalities, development of “non-market” activities, reorganisation of production according to social needs and the protection of the environment.

Many de-growth theoreticians seem to believe that the only alternative to productivism is to stop growth altogether, or to replace it by negative growth, i.e. to drastically reduce the excessively high level of consumption of the population by cutting by half the expenditure of energy, by renouncing individual houses, central heating, washing machines etc. Since these and similar measures of draconian austerity risk being quite unpopular, some of them–including such an important author as Hans Jonas, in his Principle Responsibility–play with the idea of a sort of “ecological dictatorship”.

Against such pessimistic views, socialist optimists believe that technical progress and the use of renewable sources of energy will permit an unlimited growth and abundance, so that each can receive “according to his needs”.

It seems to me that these two schools share a purely quantitative conception of–positive or negative–“growth”, or of the development of productive forces. There is a third position, which seems to me more appropriate: a qualitative transformation of development. This means putting an end to the monstrous waste of resources by capitalism, based on the production, on a large scale, of useless and/or harmful products: the armaments industry is a good example, but a great part of the “goods” produced in capitalism, with their inbuilt obsolescence, have no other usefulness but to generate profit for the big corporations. The issue is not “excessive consumption” in the abstract, but the prevalent type of consumption, based as it is on conspicuous acquisition, massive waste, mercantile alienation, obsessive accumulation of goods, and the compulsive purchase of pseudo-novelties imposed by “fashion”. A new society would orient production towards the satisfaction of authentic needs, beginning with those which could be described as “biblical”–water, food, clothing, housing–but including also the basic services: health, education, transport, culture.

How to distinguish the authentic from the artificial, factitious (artificially created) and makeshift needs? The last ones are induced by mental manipulation, i.e. advertisement. The advertising system has invaded all spheres of human life in modern capitalist societies: not only food and clothing, but sports, culture, religion and politics are shaped according to its rules. It has invaded our streets, mail boxes, TV-screens, newspapers, landscapes, in a permanent, aggressive and insidious way, and it decisively contributes to habits of conspicuous and compulsive consumption. Moreover, it wastes an astronomical amount of oil, electricity, labour time, paper, chemicals, and other raw materials–all paid by the consumers–in a branch of “production” which is not only useless, from a human viewpoint, but directly in contradiction with real social needs. While advertisement is an indispensable dimension of the capitalist market economy, it would have no place in a society in transition to socialism, where it would be replaced by information on goods and services provided by consumer associations. The criteria for distinguishing an authentic from an artificial need, is its persistence after the suppression of advertisement (Coca Cola!). Of course, during some years, old habits of consumption would persist, and nobody has the right to tell the people what their needs are. The change in the patterns of consumption is a historical process, as well as an educational challenge.

Some commodities, such as the individual car, raise more complex problems. Private cars are a public nuisance, killing and maiming hundreds of thousand people yearly on a world scale, polluting the air in the great towns, with dire consequences for the health of children and older people, and significantly contributing to climate change. However, they correspond to a real need, by transporting people to their work, home or leisure. Local experiences in some European towns with ecologically minded administrations show that it is possible, and approved by the majority of the population, to progressively limit the part of the individual car in circulation, to the advantage of buses and trams. In a process of transition to ecosocialism, where public transportation, above or underground, would be vastly extended and free of charge for the users, and where pedestrians and cyclists will have protected lanes, the private car would have a much smaller role than in bourgeois society, where it has become a fetishised commodity, promoted by insistent and aggressive advertisement, a prestige symbol, a sign of identity. In the US, a driving license is the recognized ID–and the centre of personal, social or erotic life. It will be much easier, in the transition to a new society, to drastically reduce the transportation of goods by trucks–responsible for terrible accidents, and high levels of pollution–replacing it by the train, or by what the French call ferroutage (trucks transported in trains from one town to the other): only the absurd logic of capitalist “competitivity” explains the dangerous growth of the truck-system.Yes, will answer the pessimists, but individuals are moved by infinite aspirations and desires, that have to be controlled, checked, contained and if necessary repressed, and this may need some limitations on democracy. Now, ecosocialism is based on a wager, which was already Marx’s: the predominance, in a society without classes and liberated of capitalist alienation, of “being” over “having”, i.e. of free time for the personal accomplishment by cultural, sportive, playful, scientific, erotic, artistic and political activities, rather than the desire for an infinite possession of products. Compulsive acquisitiveness is induced by the commodity fetishism inherent in the capitalist system, by the dominant ideology and by advertisement: nothing proves that it is part of an “eternal human nature”, as the reactionary discourse wants us to believe. As Ernest Mandel emphasized:

The continual accumulation of more and more goods (with declining “marginal utility”) is by no means a universal and even predominant feature of human behaviour. The development of talents and inclinations for their own sake; the protection of health and life; care for children; the development of rich social relations… all these become major motivations once basic material needs have been satisfied.

This does not mean that there will not arise conflicts, particularly during the transitional process, between the requirements of environmental protection and social needs, between ecological imperatives and the necessity of developing basic infra-structures, particularly in the poor countries, between popular consumer habits and the scarcity of resources. Such contradictions are inevitable: itwill be the task of democratic planning, in an ecosocialist perspective, liberated from the imperatives of capital and profit-making, to solve them, by a pluralist and open discussion, leading to decision-making by society itself. Such a grassroots and participative democracy is the only way, not to avoid errors, but to permit self-correction, of its own mistakes, by society collectively.

What could be the relations between ecosocialists and the de-growth movement? In spite of the disagreements, can there be an active alliance around common objectives? In a book published some years ago, La décroissance est–elle souhaitable? (“Is de-growth a desirable aim?”), French ecologist Stéphane Lavignotte proposes such an alliance. He acknowledges that there are many controversial issues between both viewpoints. Should one emphasize the social class relations and the struggle against inequalities or the denunciation of the unlimited growth of the productive forces? What is more important, individual initiatives, local experiences, voluntary simplicity, or changing the productive apparatus and the capitalist “mega-machine”?

Lavignotte refuses to choose, and proposes to associate these two complementary practices. The challenge is, he argues, to combine the struggle for the ecological class interest of the majority, i.e. the non-owners of capital, and the politics of active minorities for a radical cultural transformation. In other words, to achieve, without hiding the inevitable disagreements, a “political composition” of all those who have understood that the survival of life on the planet and of humanity in particular are contradictory to capitalism and productivism, and therefore look for the way out of this destructive and inhumane system.

As an ecosocialist, and as a member of the Fourth International, I share this viewpoint. The coming together of all varieties of anti-capitalist ecology is an important step towards the urgent and necessary task of stopping the suicidal course of the present civilisation–before it is too late…