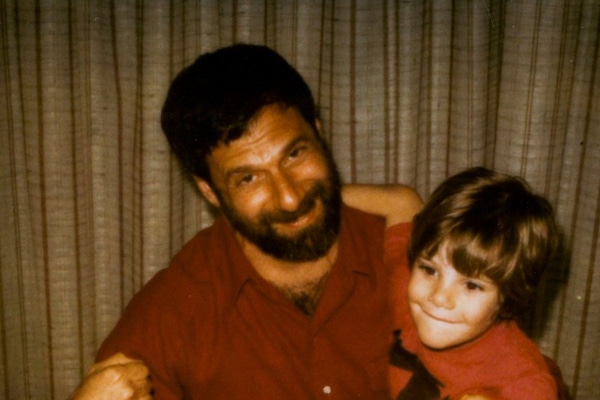 David Gilbert’s fame, already widespread due to his own accomplishments, grew last year when his son, Chesa Boudin, ran for and won the office of San Francisco district attorney. Chesa emphasized during his campaign that he had grown up visiting his parents in prison and learning the cruelty of imprisonment to prisoners and their families. When Chesa tweeted this photo last August, he wrote: “Flashback to 1985 on one of countless prison visits to my dad. In this one, I’m rocking the homemade Rosa Parks t-shirt! Her legacy is a testament to the fact that racial justice will never be achieved unless we have the courage to rock the boat.”

I am in my 12th year on parole after having spent 30-plus consecutive years in various correctional facilities in New York State. Since my release on parole in 2009, I strive each and every day to reach out to angry, bewildered and vulnerable young people through the work I do with the Mentoring and Nurturing (MAN) Program I created while incarcerated and currently run for at-risk youth and justice-involved individuals in western New York.

The person who, more than anyone, is responsible for helping me–along with literally hundreds of other young people–become a productive and contributing member of society is still in prison today. David Gilbert, now 76, is in Shawangunk Correctional Facility in his 40th year of a life sentence. In the interests of justice, mercy and the good of society, he and countless others deserve to be released.

This is how I came to meet, befriend and ultimately become mentored by “Dave.” Back in March 1979, when I was 18 years old, I found myself incarcerated with a sentence of 18.5 to life for my involvement in crimes. I was sent to Great Meadow Correctional Facility where, as an aimless and angry young Black man, I met Dave, a white man who was also serving a life sentence for his involvement in a tragic crime connected with the Black Liberation movement. It was in this violent, highly segregated environment that Dave reached out to me–encouraging me to attend college, stay out of trouble and find something other than my delinquent self to promote.

Initially I was not taken in by his concern, caring or words of wisdom, preferring instead to try and make a name for myself in the wrong ways. True to his nature, Dave was not easily put off by my lack of trust or disinterest in doing something positive with myself. Due to Dave’s insistence, I did eventually enroll in Skidmore College after several stints in solitary confinement for assorted, sometimes violent encounters.

Having been moved around a lot during our sentences, both of us saw each other at times for moments or years over the rest of my incarceration, but no time was more telling than when we both suffered the loss of a mutual friend to HIV/AIDS. It was in those early years when the epidemic had just taken hold with seemingly unexplainable deaths and where rumors, lies, falsehoods and half-truths were the order of the day.

David Gilbert is just of many examples of the unnecessary cruelty and vengeance that too often marks that system. 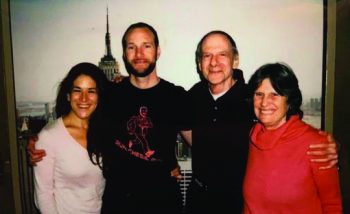 After being elected last year as district attorney, Chesa Boudin married Valerie Block and together with Chesa’s mother, Kathy Boudin, freed after 22 years in prison in 2003, visited his father, David Gilbert, at Wende Correctional Facility in Alden, N.Y. From left are Valerie Block, Chesa Boudin, David Gilbert and Katherine Boudin.

Of course, many of us leaned heavily on the conventional wisdom of one conspiracy theory or another, fearful and angry–even more, confused. However, it was Dave who spoke knowledgeably, cogently and truthfully about what our roles needed to be in order to save the lives of those in our communities, inside and out.

It was at Dave’s urging that I took the HIV/AIDS Peer Training Class which he had developed. It changed my life and that of so many family and friends at that time and up to this very day. I became a certified HIV/AIDS peer trainer, working for a number of years as a Prisoner AIDS Counseling & Education (PACE) counselor, trainer, mentor and orientation specialist.

The entire trajectory of my life began to change as a result of my relationship with Dave and his continued efforts to sensitize me to the positive and constructive gifts, talents and abilities I have always had but worked so diligently for a time to ignore or rebuke. 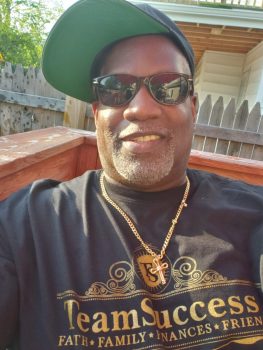 Over the years Dave has continued to inspire, mentor and in many ways, “father” the thousands of fatherless young and older men who find themselves in his company. Dave has continued to be the type of person who, in spite of the circumstances, has an undying commitment to not only bring out the best in people, but also be an example who personifies those qualities and attributes daily. He doesn’t just talk the talk–he walks the walk, too.

David Gilbert is not the only person in New York State’s prisons serving long years beyond any possible benefit to society, but he is one example of the unnecessary cruelty and vengeance that too often marks that system. Gov. Andrew Cuomo can and should bring justice, reasonableness and compassion into the system by granting clemency to David Gilbert, Paul Clark and other elders so they can return to their communities and families that need them.

Jerome Wright is a church deacon and activist for criminal-justice reform who mentors formerly incarcerated people as they reenter society and at-risk young people to stave off violence. He can be reached by email at jeromerwright@yahoo.com.