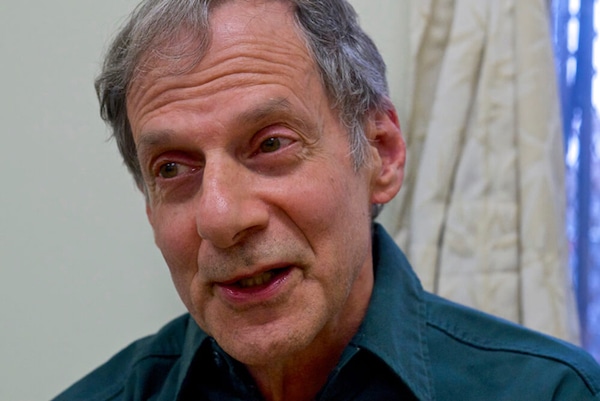 As the world focuses on election results and the growth in COVID-19 infections, the situation behind prison walls remains out of view for most of us. In New York State correctional institutions, however, coronavirus numbers surge at rates which counter the leadership image of Governor Andrew Cuomo, and calls for State mercy for a single incarcerated senior now include numerous Nobel Peace laureates as well as the families of Rev. Dr. Martin Luther King, Jr., Mahatma Gandhi, and countless other religious and human rights leaders. The prisoner, 76-year-old David Gilbert who has served 40 years with an exemplary nonviolent record, is one of many elders behind bars who reform groups say should be granted immediate clemency on humanitarian and medical grounds. With the recent Vatican call for an end to the death penalty, many say that Gilbert’s continued incarceration in the midst of the pandemic constitutes a change in sentencing, as his life is imperiled despite his remorse and decades of rehabilitation and good works. Cuomo’s inaction at this time remains in sharp contrast to his own proclamations about how “a broken and unfair system” can make a bad situation even worse.

The Open Letter (below), coordinated by Fellowship of Reconciliation former Chairperson Matt Meyer, is one of many such efforts throughout the U.S. calling for relief for over-age inmates facing fatal consequences in light of multiple health crises, and throughout the world calling for freedom for all political prisoners. “In truth it is revenge and nothing else,” Meyer notes, “which keep so many behind bars despite the emergency circumstances we’re all facing.” Meyer, now a global leader in the field of peace studies and second only to 20th century “dean” of pacifist and peace movements Rev. A.J. Muste to head both FOR and the War Resisters League, has been visiting Gilbert for over three decades. “David started off as a nonviolent activist, became deeply committed in the 1960s to solidarity with the Black movement by any means necessary, and continues to demonstrate both remorse and action which would make him the opposite of a danger to the community,” Meyer asserts. Aware that the tragic crime for which Gilbert was convicted took place just down the road from FOR’s historic then-headquarters in Nyack, Fellowship leaders throughout the interfaith movement have signed onto the call. “As the signers to this initiative spotlight,” Meyer concludes: “Gilbert’s incarceration is itself an act of cruel and unusual injustice; his freedom would surely benefit anyplace he might choose to live.” 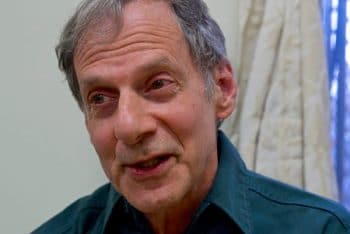 For those wishing to support David Gilbert’s release, and for more information, contact: friendsofdavidgilbert.org

The extraordinary October 3, 2020 Papal Encyclical calls for “a better kind of politics” based on rethinking social charity and justice approaches to the death penalty, and “forgiving not forgetting.” We write with those sentiments in mind, aware that inordinately long prison sentences are designed more for punishment and revenge than rehabilitation and remorse. Rarely has there been a person in prison who demonstrates the unconscionable folly of such sentences as much as David Gilbert.

Gilbert is a seventy-six-year-old man who has served thirty-nine years in New York state prisons for his participation as an unarmed getaway driver during the 1981 Brinks robbery. He has long taken responsibility for his role, apologized to the victim families through appropriate channels, and been a mentor and teacher to younger incarcerated men. He has consistently promoted peaceful conflict resolution inside prison. Remarkably, David has served his nearly four-decade imprisonment without a single institutional violation, a unique and exemplary record evincing respectful behavior.

As international humanitarian and human rights advocates, recognized for our own work for peace and nonviolence in Ireland, South Africa, the USA and elsewhere, we urge you to use your clemency power to free David Gilbert, as well as other remorseful elder prisoners serving inordinately long prison sentences.

We do this in part with the COVID-19 pandemic in mind: However long these sentences are, they were not intended to be a death penalty. We see daily that elders in prison, especially those with compromised immune systems and underlying health concerns, are in grave danger and many have died. For us, like you and your father before you, opposition to the death penalty is a religious and moral principle.

We are confident that David Gilbert’s release presents no threat to public safety. To the contrary, his release would help peacefully resolve an era of tragic conflict. It would also serve as encouragement to others incarcerated, demonstrating that no matter how serious the crime, society will recognize that someone can apply themselves to study and reflection and become a new person with the ability to contribute to their communities and families. David’s good work during his decades of incarceration, improving through peer-based education how prisons dealt with HIV/AIDS, showcases how prisoners can encourage one another towards positive transformation. Hundreds, possibly thousands of lives were saved.

Among those of us supporting the call for clemency are Nobel Peace laureates awarded for our efforts to bring an end to armed confrontation through peaceful resolution. When His Holiness Pope Francis acknowledged non-Catholics in his Encyclical, Desmond Tutu, Rev. Dr. Martin Luther King, and Mahatma Gandhi were the three specifically named by the Holy Father. Similarly inspired by Archbishop Emeritus Tutu, who initiated this call in an appeal he wrote years ago, we all—including Gandhi’s beloved granddaughter and Dr. King’s daughter—join in his assertion that “our common beliefs in renewal, rehabilitation, and positive change all provide a foundation which makes it possible for Governor Cuomo to grant freedom.” As David Gilbert remains a witness to generations of injustice and violence, we are moved to urge Governor Cuomo to take positive action—in the spirit of this season at this historic moment. As a sign of healing, especially in response to the COVID-19 crisis, we pray that Governor Cuomo will exercise his authority and grant clemency to David and other elders in prison at risk from the coronavirus.