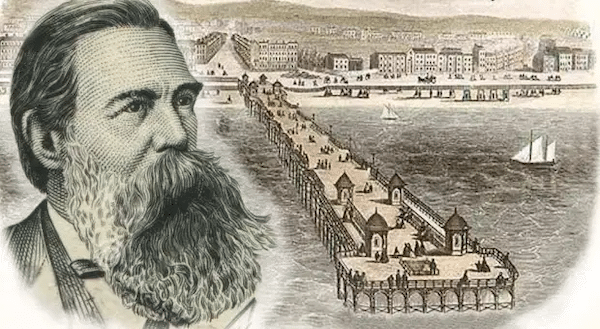 28 November 2020 marks the bicentenary of the birth of Friedrich Engels. The German revolutionary philosopher made pathbreaking and profound contributions to modern social and political theory, playing a critical role in the forging and development of classical Marxism. The renewed relevance of many of his ideas in our crisis-ridden world of late capitalism, where profits come before people and the planet, are rightly foregrounded by those marking the #Engels200 commemoration.

Engels’ study of The Condition of the Working Class in England (1845) is a pioneering work of urban political ecology and urban sociology, that offers a vivid and human portrayal of the horrors which accompanied the Industrial Revolution. It includes an analysis of ‘social murder’, a concept which has taken on a new resonance in contemporary Britain after years of neoliberal privatisation, austerity and racism culminated in the Grenfell Tower fire of 2017. Even hitherto under-regarded works, such as Dialectics of Nature (1883), have found new audiences, given the clear and present dangers of catastrophic climate change. Engels is now hailed as ‘one of the foundational ecological thinkers of modern times’.

Yet we should also remember Engels as a great revolutionary historian, who, as Victor Kiernan noted, often tried to push Marx to be more historical in his writings. Engels’ own historical writings–with the possible exception of The Origin of the Family, Private Property and the State (1884), a pioneering analysis of women’s oppression as rooted in the rise of class society–often tend to be somewhat overlooked. Perhaps the most remarkable case is The Peasant War in Germany (1850), which gives an overview of German historical development from the fourteenth and fifteenth centuries, and an analysis of the bloody class struggles in medieval Germany during the Reformation in 1525. Written in the aftermath of the defeated German Revolutions of 1848-49, Engels’ Peasant War gave his fellow revolutionaries an inspiring historical perspective for their struggle but also a pathbreaking model application of the new materialist conception of history, developed by Marx and himself in ‘The German Ideology’. 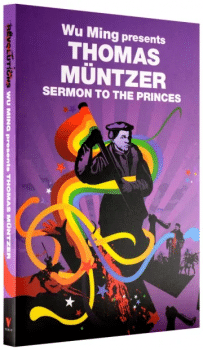 Thomas Müntzer, Sermon to the Princes, Published by Verso in 2010

Engels’ Peasant War was a pioneering and powerful demonstration of how to write ‘total history’–long before the term was coined–of the sort that would later be demonstrated on a grander and even more panoramic scale by Leon Trotsky in his History of the Russian Revolution (1930). With its focus on human agency at its heart, the anthropologist Eric R. Wolf, author of the classic Europe and the People Without History (1982) rightly notes that it represented ‘a milestone in social history’ and ‘a major contribution to debates about the historic role of the peasantry.’ Although Engels built on the empirical work of Wilhelm Zimmerman’s three volume The General History of the Great Peasant War (1841-43), his study analytically penetrated to the material essence of the economic and social forces lying beneath the religious surface appearance of the conflict, which shaped the ‘idealist’ approach of Zimmerman. Engels’ work became a classic in part because of the seriousness with which he granted to the religious ideologies of the time. This interrogation of the ‘inner connections’ between millenarian ideas, class struggle and social revolution, remains one of his outstanding if neglected theoretical contributions to historical materialism.

Engels’ historical recovery of the millenarian preacher Thomas Müntzer–the leading educator, agitator and organiser and prophet of revolution amid the Great Peasant War of 1525­­–was itself symbolic of the wider revolution in historiography he helped to foment. Before he was executed by the princes with the support of Martin Luther, Müntzer had bravely declared while being tortured that he believed ‘all property should be held in common’ (Omnia sunt communia). 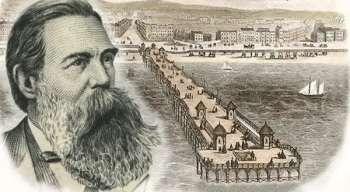 Engels’ lifelong commitment to revolutionary history is further underscored by the fact that he planned to write a history of Ireland. In May 1895 Engels retired to his favourite place of rest, the southern seaside town of Eastbourne. Even at this late hour, already weakened by the cancer that would kill him in a few months, Engels found time while helping prepare Karl Kautsky’s Forerunners of Modern Socialism for publication, to attempt the final completion of the new edition of his Peasant War that would recognise 1525 as ‘the cornerstone of Germany’s entire history.’ Engels felt it critical to lay stress on the central role of the journeymen-weavers. These ‘declassed, almost pariah-like, elements’ were a central basis of what became ‘the pre-proletariat, which in 1789 made the revolution in the suburbs of Paris and which absorbed all the outcasts of feudal and guild society.’ Everyone inspired today by the tradition of radical history, people’s history and history from below, should take the opportunity of #Engels200 to acknowledge the intellectual debt owed to Engels, for whom the lowest stratum of society–the outcasts and pariahs–deserve and demand to be recognised and recorded as ‘the chief element.’

Christian Høgsbjerg is a Lecturer in Critical History and Politics in the School of Humanities at the University of Brighton. He is the author of C.L.R. James in Imperial Britain (Duke University Press, 2014) and the co-editor with David Featherstone of The Red and the Black: The Russian Revolution and the Black Atlantic (Manchester University Press, forthcoming). He is a member of the Socialist History Society committee and together with Cathy Bergin is co-organising a forthcoming conference, Engels in Eastbourne.