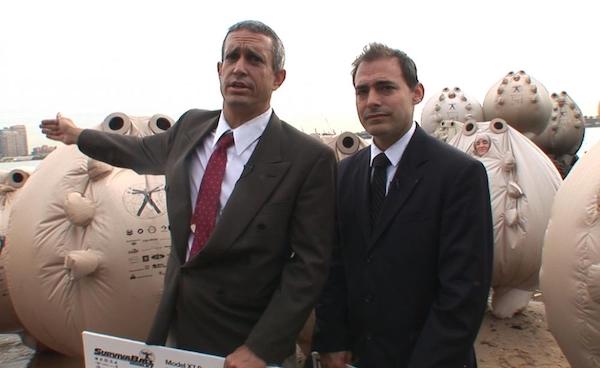 The national press in the UK received a miraculous press release from the Bank of England, Britain’s central bank, this week claiming it would stop buying corporate bonds from fossil fuel companies.

The Bank had seemingly resolved to follow through on its longstanding promises to address climate change. At least one global coalition of central banks, the Network for Greening the Financial System, seemed to follow up the BoE’s announcement with enthusiasm and applause.

But then, equally suddenly, it all came crashing down. BoE seemed to indignantly deny the announcement, pledging to take legal action against the “irksome jesters” who’d brazenly “led the vulnerable British public on a primrose path to mad hope.”

It was all a hoax, mounted by the Yes Men. The goal of the whole argy-bargy: to show that the Bank really could act in this manner, and to help raise pressure on them to follow through on the meaningful action on climate change they have actually promised.

“We wanted to show how it would feel—even for a split second—if a central bank took steps to protect against climate calamity,” said Jeff Walburn of the Yes Men.

Andrew Bailey and other heads of the Bank of England have acknowledged that the threats are clear, but rather than walk their talk on climate risk, they keep dragging their well-heeled feet.

Whereas Bailey’s predecessor, Mark Carney, led the bank towards addressing the climate crisis, Bailey has so far ensured that the bank lags far behind the leaders of the European Central Bank, who have stated support for aligning the bank’s operations with the Paris Agreement.

The actual Bank of England at its actual website has released a statement.

The Bank has engaged with media organisations which reported on these announcements, which have retracted the false reports.

The Bank is also working to remove these false announcements from other websites. The Bank investigates any such mis-use of its name and will consider further legal options to require groups which so mis-use it to cease and desist.

The bank will publish its Financial Stability Report this Friday, 11 December, the second since Bailey has taken office. Today’s action shows the path that Bailey could set out in this report if he chose.

“This action modelled exactly the steps that should be taken,” said Anna Vickerstaff, UK Campaign Lead at 350.org. “It shouldn’t be left up to activists to put these words in Andrew Bailey’s mouth.

Ditching carbon bonds would be a bare minimum, common-sense move for the economy and the climate. On the five-year anniversary of the Paris Agreement, and in the midst of a global pandemic and economic crash, now is the time for Chancellor Rishi Sunak and Bank of England Governor Andrew Bailey to show leadership and meet public needs.

That means stopping finance flowing into climate-wrecking fossil fuels and directing investments towards initiatives that provide secure jobs and an assured future for people and the planet.

Sign the 350.org petition calling for Andrew Bailey to use his powers to address the climate crisis so we needn’t merely fantasize about the headlines we wish to see.

Brendan Montague is editor of The Ecologist. This article is based on a press release from the Yes Men.