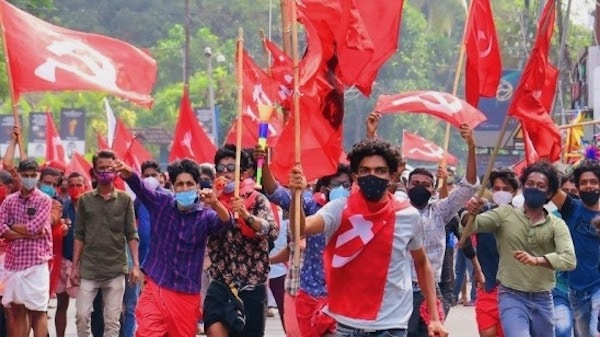 The communist-led coalition in the State of Kerala in India has swept the local body polls that were held between December 8 and 14. In the results that were announced on Wednesday, December 16, the Left Democratic Front (LDF) led by the Communist Party of India (Marxist), which is in power in the State, achieved a substantial lead in rural and urban areas overcoming a negative campaign by the media and opportunistic alliances among its adversaries. Observers have attributed the victory to the effective community-based strategy to combat the COVID-19 pandemic, as well as the focus on development and welfare schemes.

Of the 1,199 local government bodies in the State, the LDF either won a majority or is the leading political block in the 670. The LDF is followed by the United Democratic Front, led by the centrist Indian National Congress (INC), which leads or has a majority in 471 local bodies. The National Democratic Alliance (NDA), led by right-wing Bharatiya Janata Party (BJP) of Indian prime minister Narendra Modi, was only able to secure a victory or is leading in 25 local bodies, which is only marginally better than its performance in the previous local election in 2015.

There has been some marginal but noticeable rise of the BJP, especially in urban and semi-urban local bodies. It maintained its control over the Palakkad municipality, which it had gained in the previous election in 2015. The right-wing party also gained an outright majority in the municipality of Pandalam. Nonetheless, Kerala has remained one of the few States which continues to resist the rise of the right-wing BJP.

The electoral victory for LDF is a huge morale boost for left and progressive forces in the State. Elections for the State government will be held in a few months. Over the past four decades, the rule at the State level has alternated between the LDF and the UDF. The LDF came back to power in 2016, with senior communist leader Pinarayi Vijayan becoming the chief minister.

Since 2016, Kerala has dealt with two massive incidents of flooding, an outbreak of the Nipah virus and the COVID-19 outbreak. The approach of the government has won great praise in the country and abroad. The highlight of this disaster management strategy has been a community-centered approach. In the case of COVID-19, Kerala was the first to record a case in India but managed to keep the number of cases very low in the first wave. Later, as the number of cases rose due to multiple rounds of of migration, a very strong contact tracing strategy and community involvement ensured that the death rate was very low. This is despite the fact that the proportion of elderly people in the State is higher than the all-India figures.

The Left Front government under Pinarayi Vijayan suffered a setback in the 2019 parliamentary elections when it lost in all but one constituency. Ahead of this round of local body elections, there was a sustained offensive on the government on all fronts, with the media especially playing a huge role in targeting the left. However, the performance of the government in dealing with the pandemic, as well as the emphasis placed on welfare schemes is believed to have ensured continued support for the left. The left front government in the State has also been in the forefront of upholding both secularism and federal values at a time when these have been under attack by the Bharatiya Janata Party which is in power in the center.

Thank you Kerala. Thank you for reposing faith in LDF. We are humbled by the trust and the confidence of the people of Kerala. This is a victory for secularism and inclusive development. My warm greetings to all the elected representatives. pic.twitter.com/KGnAb6Xj4f

LDF heading towards a resounding victory in the local government elections. People reject the slander campaign of Congress and BJP and also the machinations of central agencies. It is a vote for left politics and development alternative of Kerala government.