Leo Victor Panitch, one of the intellectual pillars of the Canadian left and a leading scholar of the global depredations of neoliberalism, died Saturday from COVID-19. He was 75.

Born into a working class Jewish family in Winnipeg in 1945, Dr. Panitch was a Fellow of the Royal Society of Canada, and Distinguished Research Professor in Political Science and Canada Research Chair in Comparative Political Economy at York University in Toronto. He was one of the world’s most respected students of the writings of Karl Marx. 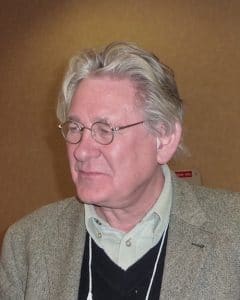 It is a bitter irony that the novel coronavirus that causes the disease that took Dr. Panitch appears to have evolved to exploit the vulnerabilities of the modern neoliberal state–two-tier health care, low wages, precarious work, weak unions, the gig economy, each one of them nurturing the conditions that have made the spread of the virus virtually impossible to stop.

In The Making of Global Capitalism, Professor Panitch and Dr. Gindin asserted that such institutions as the U.S. Federal Reserve and State Department were far more important in the creation of the informal postwar American Empire than were the likes of the Pentagon and the Central Intelligence Agency.

“Capitalists, literally almost everywhere, generally acknowledged a dependence on the U.S. for establishing, guaranteeing, and managing the global framework within which they could all accumulate,” they wrote.

However, they argued optimistically that emerging conflicts within modern capitalist societies created the potential for new political movements that could transcend global markets kept afloat by U.S. state intervention.

In 2013 The Making of Global Capitalism won the Isaac and Tamara Deutscher Memorial Prize for a new book published in English “which exemplifies the best and most innovative new writing in or about the Marxist tradition.”

Dr. Panitch earned his Bachelor of Arts in economics and political science from the University of Manitoba in 1967. That year, at 22, he left Manitoba for England, where he earned Master of Science and PhD degrees from  the London School of Economics in 1968 and 1974. His doctoral thesis, The Labour Party and the Trade Unions was published by Cambridge University Press in 1976 with the title Social Democracy and Industrial Militancy. 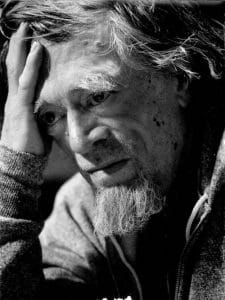 In all, Dr. Panitch was the author of more than 100 scholarly articles and nine books, and taught at Ottawa’s Carleton University and at York.

In addition to being a leading scholar of Marx, Dr. Panitch was a raconteur and a star of the lecture circuit, genially ready to welcome anyone to his table–and presumably to entertain them in English, French or Yiddish, all of which he spoke.

When Dr. Panitch and I discovered over beers last year at one of these post-seminar salons that we had both lived on Palmerston Boulevard, a street in Toronto that was once home to the great working-class poet Milton Acorn, he kindly emailed me a note with a photo of the rooming house he thought had been Acorn’s abode, as well as one of the house in which I once resided.

“The final picture is of my house,” he concluded.

I send it for identification purposes to ensure that the next time you are in Toronto you will drop in for a coffee, or better still, a whiskey.

Alas, that much anticipated opportunity is now lost.

Dr. Panitch is survived by his wife of 53 years, Melanie Panitch, and his adult children Max and Vida, the former a photographer and writer and the latter a professor of philosophy at Carleton University.

Dr. Panitch was in hospital for treatment for multiple myeloma when he contracted COVID-19.