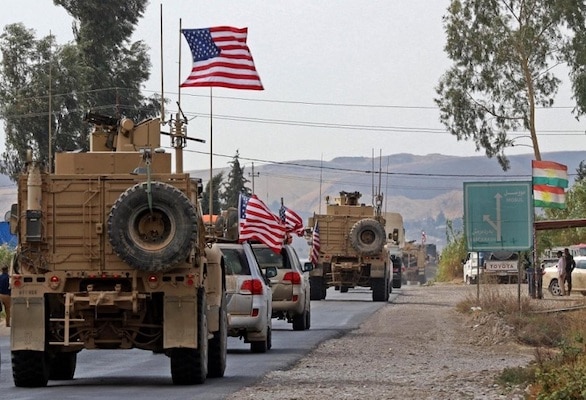 Despite the measures taken by the international community to reinforce global security and protect civilians from the relentless increase in the number of armed conflicts, unjustified civilian casualties are not decreasing, and not only in the tinder box that is the Middle East, but also in Asia, Latin America, Africa, and even in Europe.

The rules aimed at protecting the victims of armed conflict, and placing restrictions on the methods and means of warfare, are spelled out in detail in international humanitarian law, which also defines the mechanisms for ensuring compliance with these rules. A significant portion of those that concern international armed conflicts is contained in the four Geneva Conventions of 1949 and Additional Protocol (I) from 1977. It follows from these international legal documents that countries bear the responsibility to thwart violations committed against these treaties, and obliged to suppress any violations of these treaties, and those guilty of them should be tried and punished as criminals. The most serious violations of humanitarian law are defined as “war crimes”, and are listed in both the Geneva Conventions and Protocol (I).

Through Resolution 2391 (XXIII) dated November 26, 1968, the UN General Assembly adopted the Convention on the Non-Applicability of Statutory Limitations to War Crimes and Crimes Against Humanity. When adopting this very important transnational document, which pursues the goal of ending impunity for any country that commits war crimes, the UN General Assembly members invoked previously adopted international regulatory acts on this issue.

Existing international legal instruments make it mandatory for states to search for and punish all persons that have committed serious offenses, regardless of their citizenship, the location of the crime, or the statute of limitations.

However, some countries have recently, and inexcusably, started to think of themselves as outside the scope of these international legal documents that they adopted themselves, and allow them to be demonstrably violated. Moreover, as evidenced by numerous published testimony, including in Western media outlets, there is the increasing desire to cover up the war crimes that have been committed in recent decades in the Middle East and Afghanistan by U.S. military service personnel, and those from some of its allies. In addition to showing the desire to evade responsibility for the crimes committed using these tactics, it is becoming obvious that the Pentagon and some of its western military allies has not ensured proper supervision over the activities performed by its combat units, not to mention the actions taken by the armies of mercenaries that Washington actively uses in its reckless military schemes around the world.

A report by the International Criminal Court dated November 14, 2016 stated that the U.S. military and CIA officers could be complicit in torture, encroaching on human dignity, and cruelly treating and raping prisoners. Not only foreign observers, but even former CIA analyst Raymond McGovern compared the methods used in secret U.S. prisons with the actions taken by the Nazi Gestapo. There were at least twenty-five of these prisons in Afghanistan alone; and one of them located on the premises of the Bagram Airfield near Kabul became known as the “Afghan Guantanamo”.

American soldiers have already been repeatedly accused of killing Afghan civilians. According to Amnesty International, between 2009 and 2013 at least 1,800 civilians were killed in international military operations in the country, and only six cases were investigated.

Unfortunately–and to the obvious shame of Washington, which is trying to proclaim that it is allegedly committed to democracy–quite often American military killed Afghans just as a form of entertainment. For example, in March 2011, Rolling Stone magazine published an article about U.S. Marines who shot a teenager in Kandahar Province and then cut off his finger as a “war trophy”. What sparked widespread public outcry was when a grave was discovered in Maidan Wardak Province in the spring of 2013 with the bodies of ten civilians that had been detained before that by the special forces group ODA 3124–some of then had their skulls pierced and limbs cut off.

According to a report published by the Watson Institute for International and Public Affairs (a research center at Brown University, USA), the number of Afghan civilians killed in U.S.-led airstrikes has increased by 330% since 2016. According to this report, which came about as part of a project dubbed Costs of War, over the 19-years, in U.S.-led wars more than 43,000 Afghan civilians have been killed, and out of those thousands have been killed by bombs and bullets from U.S. forces or its NATO allies.

In addition to brutally killing civilians, U.S. soldiers have repeatedly deliberately carried out airstrikes against hospitals. For example, on October 3, 2015, the U.S. Air Force launched a series of bombings on the Doctors Without Borders (MSF) hospital in Kunduz Province, where emergency and intensive care units were located. The raid killed at least 42 people, including 24 patients and 14 MSF staff. The war crime occurred despite the fact that MSF had provided the geographic coordinates of the hospital to U.S. coalition forces and Afghan military officials five days before that, but the bombing raids continued–even for half an hour after Washington and Kabul had been made aware of the incident. This incident is incontrovertible evidence that the United States violated international humanitarian law: the IV Geneva Convention dated August 12, 1949 states that civilian hospitals “cannot, under any circumstances, be the object of attack”.

Yet more evidence of U.S. war crimes in Afghanistan was the extensive amount of material published on December 18 by the American edition of The Intercept about the criminal tactics being employed by the U.S. in the war in Afghanistan. However, despite this material published on the war crimes in Afghanistan directed by the CIA, it was yet again ignored by the American media–and on American social media. These crimes definitely completely fit into the tougher position that in October 2017 by Mike Pompeo, then director of the CIA and now the U.S. Secretary of State, stated that the American intelligence services and military would take–and that they, in his words, “must be aggressive, relentless, and ruthless”.

What calls attention to itself is President Trump’s reaction to these criminal actions, which boiled down to the fact that he dismissed senior military commanders who were trying to restore order to the ranks of the SEALs following their criminal actions. In addition, Donald Trump lifted the ban on using landmines by the U.S. military, and pardoned those soldiers convicted or accused of killing Afghans. And at the end of December, President Trump, before leaving the post of head of state, signed an executive order pardoning four Blackwater PMC militants who staged a bloody massacre on Nisour Square in the Iraqi capital thirteen years ago.

Washington’s inappropriate reaction to the overwhelming evidence of U.S. war crimes that has been published has also essentially boiled down to the fact that in September 2019 the U.S. imposed sanctions against senior officials at the International Criminal Court, in response to its investigation of possible war crimes committed by U.S. troops in Afghanistan. U.S. Secretary of State Mike Pompeo called the court’s efforts “illegal attempts to subordinate Americans to its jurisdiction,” overtly demonstrating to the whole world the disdain U.S. has for international organizations–and back in the day Washington also took part in creating those.

However, the war crimes committed by the United States and its military allies, despite the American administration’s intention to evade international responsibility, should not be forgotten. This, in particular, is called for by the decisions made by the UN General Assembly Convention on the Non-Applicability of Statutory Limitations to War Crimes and Crimes Against Humanity. And its provisions need to be applicable to perpetrators responsible in the United States as well.

Vladimir Platov, an expert on the Middle East, exclusively for the online magazine “New Eastern Outlook“.