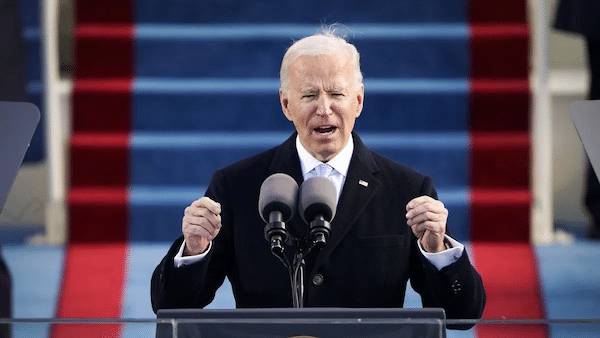 Joe Biden is now the president of the United States of America. His day one executive orders should have prioritized ending the single worst crisis in the world in Yemen, a war he campaigned on ending U.S. involvement in, but they did not.

Ending U.S. participation in the Yemen genocide could and should have begun on day one. In These Times reported the following back in November (emphasis added):

One thing Biden can do, starting on day one, is end U.S. involvement in the Yemen war—involvement that he helped initiate. ​“By executive order, Biden could get the Pentagon to end intelligence sharing for the Saudi coalition airstrikes, end logistical support, and end spare parts transfers that keep Saudi warplanes in the air,” Hassan El-Tayyab, lead Middle East policy lobbyist for the Friends Committee on National Legislation, a progressive organization, tells In These Times. ​“He could restore humanitarian assistance to northern Yemen. He could use his power as president to put pressure on other nations that are supporting the Saudi coalition—like France, the United Kingdom and Canada—and get them to follow suit. He could have the State Department put a stop on all arms sales to Saudi Arabia unless they meet certain benchmarks.”

Biden did none of these things, which while unsurprising is still inexcusable. This isn’t some ten-year infrastructure plan we’re talking about, this is the worst mass atrocity on our entire planet and it should be treated with proportionate urgency. This administration consciously chose not to end U.S. participation in that atrocity as swiftly as possible, which will remain an inexcusable decision even if the Yemen war is eventually ended later.

Instead of grilling Biden about his decision not to prioritize his promise to end the Yemen war, which is what any real journalist would do, the press are asking him stupid nonsense questions about whether he can “unite the country”.

CNN keeps screaming at Biden "can you unite the country" and he keeps ignoring them. Hilariously dumb question, even funnier reaction.

In the lead-up to Biden’s inauguration we were treated to some Senate hearings on his cabinet picks, in which we learned that this administration will continue Trump’s murderous coupmongering in Venezuela, that it will maintain Trump’s incendiary decision to have the U.S. embassy in Jerusalem, that reviving the Iran nuclear deal is a long ways off from happening and will first require consultation with Israel, and that it will be continuing Trump’s cold war escalations against China.

In one of the more bizarre displays in the Senate hearings, Biden’s nominee to lead the State Department Tony Blinken defended his support for the disastrous Libya intervention during his time in the Obama administration by blaming its aftermath on Muammar Gaddafi, the leader who was mutilated to death in the streets after a U.S.-led intervention to oust him.

“Here’s what I think we misjudged,” Blinken said.

We didn’t fully appreciate the fact that one of the things Gaddafi had done over the years was to make sure that there was no possible rival to his power, and as a result there was no effective bureaucracy, no effective administration in Libya with which to work when he was gone.

By “when he was gone” Blinken means when he was dead, because the United States helped kill him after staging an intervention based on lies. He is defending his push for an intervention which led to a failed state where people are sold as slaves by saying that if Gaddafi had run his country better it would not have collapsed into violence and chaos when the Obama administration murdered him.

This is like an axe murderer blaming his actions on his victim’s bad housekeeping. The brazenness with which imperialist goons can shrug off all responsibility for their actions will never cease to astonish.

“In fact, I think it’s been written about. I was [Biden’s] national security adviser, and he didn’t agree with that course of action.” pic.twitter.com/ZyCzTLXtOP

The next two years will be the Democratic Party at its most transparent. After two years they are statistically likely to lose control of the House and/or Senate, after which time they’ll be able to pawn off all imperialist bloodshed and lack of progress on an “obstructionist congress” like they did for the last six years of the Obama administration. But until then the Democrats are going to have to own all of their reactionary depravity and mass murder on their own.

This will set a sharp contrast from the past four years, where every mundane part of the U.S. empire’s institutionalized abuse was portrayed as an anomaly unique to the Trump administration. Unable to blame their refusal to advance progressive policies and basic human decency on Trump and Vladimir Putin these next two years, they’ll be forced to kill any leftward movement all on their own. Which is why we are now already seeing mass media articles with headlines like “Under Biden, it’s time for Democrats to let go of Medicare for All“.

And this period will provide ample opportunities to highlight the fact that that’s exactly what the Democratic Party exists to do: kill all leftward movement in the most powerful government on earth. As the U.S. continues its soul-crushing neoliberal policies at home and its murderous neoconservative policies abroad with the same degree of psychopathy it displayed in previous administrations, we must draw attention to the fact that it is the Democratic Party which bears responsibility for these things.

The sooner Americans can discredit the Democratic Party as a legitimate vehicle for progressive change, the sooner they can start looking for other tools. The first step to escape is to stop pushing against the fake door falsely labeled “exit”.