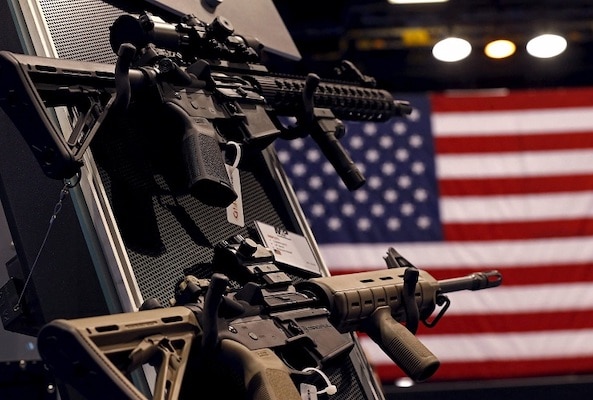 Against the backdrop of the recent change in the White House administration, and the absence of clear harbingers of the United States’ desire to reduce the number of armed conflicts around the world, it is worth noting that in many respects the present conflicts owe their existence to how they are pumped with American weaponry.

The results of a study on global defense spending published by the information analysis center Jane’s bear testimony to the fact that in 2020 they increased by 1.9%, reaching 1.9 trillion USD and showing continuous growth for seven years.

Europe showed the largest growth in its defense budgets in 2020: the countries in the region increased their defense spending by 5.6% compared to 2019, which naturally can be chiefly explained by the active steps taken by the Donald Trump administration concerning the mandatory allocation by NATO countries of at least 2% of their GDP for defense needs. In addition, the targeted propaganda campaign by Washington and its closest allies “to search for enemies” and incite Russophobic sentiments also had the obvious goal of making other European countries increase their purchases of weapons and military equipment, and primarily from the United States. And for this, the White House did not have any aversion to using any means, up to outright blackmail accompanied by sanctions, against anyone that bought weapons that were not from the United States; one clear example of this is the escalating standoff between the United States and Turkey due to Ankara’s purchase of S-400 air defense system from Russia, and the threat of Washington impose sanctions for doing that.

Countries in the Asia-Pacific region have also substantially ramped up the size of their expenses that fall under this category. But even this, without any doubt, was something that Washington could not have helped but play a hand in; it has toughened its opposition to the growing authority China holds in the region, creating and introducing the propaganda slogan “about the growing danger from the PRC”, and forcing many states to increase their spending on military spending and procuring many new types of weapons.

However, the experts at Jane’s report a possible slowdown in the growth of global defense spending in 2021 due to the economic consequences of the crisis caused by the coronavirus pandemic: “It is likely that all regions except Europe, the Asia-Pacific, and Latin America will implement defence spending cuts in 2021, bringing global defence spending down to its lowest level since 2013. It is possible that the worst effects of the COVID-19 pandemic will also manifest themselves in 2022, when governments can begin to significantly limit funding for this kind of spending”.

However, this decline in military spending will only be temporary, according to these same experts at Jane’s, and the growth in that will continue in the near future–and could reach 2.23 trillion USD by 2030.

At the same time, it is worth reiterating the well-known truth that military spending has a significant impact on the GDP of countries, and on both the social and political situations that are fostered in them. The negative consequences are due to pulling away resources in the countries that import weapons away from other sectors in the national economy, encroaching upon social programs, and boosting the level of discontent among the population. This result is especially pronounced in the poorest countries, where a significant part of military spending is associated with importing expensive military equipment.

One vivid European example of the negative consequences of an increase in military spending is the rather ill-considered policy adopted by the Baltic states–Lithuania, Latvia and Estonia–whose leadership, by increasing purchases of foreign weapons and equipment, is investing the funding for its military budgets in foreign industries, and in the United States in particular. For example, striving to obsequiously demonstrate her phenomenal loyalty to Washington, at the beginning of January this year Lithuanian Prime Minister Ingrida Simonyte, during a remote meeting with the U.S. Ambassador to Vilnius, Robert Gilchrist, proclaimed her commitment to channel 2% of the country’s GDP–as demanded by Donald Trump–and even more to national security and defense, as well as her plans to increase the military budget to 2.5% of GDP by 2030. The share of defense spending as part of GDP in Estonia also equals 2.25%.

It is noteworthy that, in contrast to these Baltic states, the current share of Germany’s military budget as part of its national GDP is less than 1.6%. However, the Baltic states at the same time are at a clear disadvantage compared to Germany, since they are essentially investing in a foreign economy, while Germany mostly invests in its own. The considerable amount of funding that the Baltic states take from their budgets to purchase of foreign systems ultimately feed arms manufacturers alone, and primarily in the United States, which, for its part, not only develops its own economy and the arms market, but also use new military technologies in the civilian sphere–and this, again, has a beneficial effect, including for American social welfare indicators. It is common knowledge that the massive injection of money into the U.S. military-industrial complex after the invasions of Afghanistan and Iraq (military spending increased from three to more than four percent of U.S. GDP) became, according to many economists, the most important factor in allowing America to emerge from the crisis of the “new economy” at the turn of the century, and achieve positive economic dynamics from 2003-2006.

Therefore, it can be affirmed that for arms exporters, and in richer countries, the positive and negative impact that the growth of military spending has balance each other out to a certain extent. This is a positive effect which, even if we do not take into account the openly expansionist goals of establishing external hegemony as a weapons exporter, contributes to the growth of employment in the military-industrial complex in the country that makes the weapons, develops many ancillary sectors throughout the economy, provides fiscal revenues to the budget, and conspicuously enriches the military and-political elite in that country.

Therefore, it is not surprising that American manufacturers are just the ones that occupy dominant positions in the list of the top 100 companies in the world in terms of arms sales, and for its part this has allowed the United States to remain the world leader in the arms market in terms of sales for many years. Including due to drawing upon the military budgets of other countries in its favor.

In this regard, Donald Trump’s statement four years ago, at his inaugural speech, that America is enriching the world at its own expense is fundamentally fake piece of propaganda that serves, above all else, as a requirement put forth for other countries to increase their spending on armaments by increasing purchases of American-made military equipment and weapons.