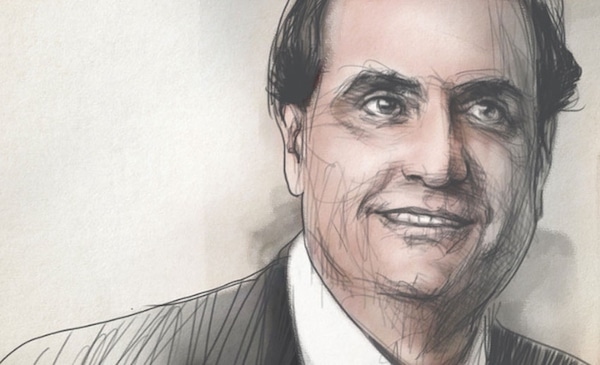 Businessman Alex Saab has been a Venezuelan gov’t ally in circumventing US sanctions. (Archive)

The Cape Verde Supreme Court has approved a request to extradite Venezuelan government envoy Alex Saab to the U.S.

“The Supreme Court confirms the legal authorization for Saab’s extradition to the United States,” the ruling issued on Wednesday read.

The Colombian-born businessman was detained on an Interpol warrant in June 2020 during a stopover in the African archipelago. He was reportedly on his way to Iran to negotiate trade agreements on behalf of the Nicolás Maduro government.

Caracas protested his arrest, arguing that Saab was protected by diplomatic immunity as “an agent of a sovereign government,” and launched a campaign for his release. The subsequent months saw Washington’s request approved by lower courts, in spite of the absence of a mutual extradition treaty between the two countries, and appealed to higher instances by Saab’s lawyers.

His defense team, which includes high-profile Spanish jurist Baltasar Garzón, secured his transfer to house arrest in January and vowed to appeal the latest ruling before the Cape Verde Constitutional Court.

“We reaffirm our confidence that Saab will be released,” stated lawyer Femi Falana, adding that the defense was “studying the decision.” The businessman’s attorneys and the Venezuelan Foreign Ministry have blasted the arrest and extradition approvals as “politically motivated.”

The Cape Verde Supreme Court decision came on the heels of an Economic Community of West African States (ECOWAS) Court of Justice ruling that Saab’s arrest had been “illegal” and calling for his immediate release.

“We found his arrest was arbitrary and subsequent detention throughout the period until today was illegal,” Justice Edward Amoako Asante of the Abuja-based tribunal stated on Monday.

However, the archipelago’s judicial body argued that the ECOWAS Court of Justice had no jurisdiction on the matter, despite Cape Verde belonging to the West African economic union.

For their part, Saab’s attorneys blasted this decision as “an extraordinary act of disobedience,” arguing that the ECOWAS tribunal’s ruling is binding and calling for other community member countries to secure its enforcement.

Washington has accused the Colombo-Venezuelan businessman of running a “vast corruption network” and profiting from overpriced import contracts for Venezuela’s CLAP program, which delivers subsidized food bags to a reported seven million families.

In July 2019, the U.S. Treasury Department sanctioned Saab, business associate Alvaro Pulido and thirteen foreign-based firms allegedly owned or controlled by them and used to circumvent U.S. sanctions. Shortly after, Saab and Pulido were indicted by a Florida court on charges of laundering U.S. $350 million, but no evidence was publicly disclosed.

The CLAP program has been targeted by U.S. authorities as part of a wide-reaching sanctions program aimed at ousting the Maduro government. Measures have included an oil embargo, secondary sanctions, a clampdown on swap deals and the seizure of a number of Venezuelan state assets held abroad.

The unilateral coercive measures have been denounced by multilateral bodies for their “devastating” effects and classified as “collective punishment” of the Venezuelan population, while Caracas has filed a lawsuit at the International Criminal åCourt (ICC) arguing that they constitute a crime against humanity.

The Trump administration identified Saab as an important player for the Maduro administration to secure key imports, with Washington’s blockade forcing Caracas to increasingly rely on middlemen. Saab’s companies have reportedly secured a number of government contracts over the years in the housing, mining and food sectors.