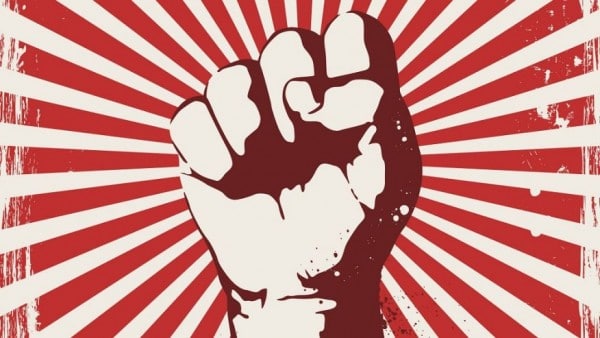 Drafted by the RPE Principles Working Group of the URPE Steering Committee:

The starting point for radical political economists is agreement on the need to oppose injustice and oppression and the conviction that a theoretical understanding of contemporary societies can contribute to the political movements necessary to address them.

“Radicalism” consists of the recognition that the capitalist organization of production constitutes a major “root” of injustice and oppression.

An understanding of social relations necessitates the recognition that people are constituted into groups by class, nation, race and gender. This distinguishes Radical Political Economy from approaches that take as their starting point the preferences of unrelated individuals.

Capitalism is a system of production, historically distinct from earlier systems, in which the capitalist class – the owners of capital in both its industrial and financial form – derive their profit from the production carried out by wage-laborers. Capitalists pay workers less than the value that workers create and are able to appropriate this surplus because they own and control society’s productive resources.

The drive to accumulate capital constitutes the main force determining the direction of economic change, but it is an uneven one that results not only in periodic recessions but more serious economic crises. Economic instability is a characteristic of capitalism

The capitalist class dominates both national and international governmental organizations, and political decisions are determined primarily by the interests of that class, namely the pursuit of profit.  Appeals to the “humanity” of decision-makers cannot succeed in protecting those who are victims of this drive for profits.

The capitalist class draws, when necessary, on the use of state-sanctioned force within and between countries to maintain and expand its system.

The long-term stability of capitalism also requires the promotion of the false belief that, despite some problems, people live today in “the best of all possible worlds” and that “there is no alternative” (TINA).

The continuous threat of unemployment and poverty plays an essential role in profit-making by limiting workers’ ability to bargain for higher wages.

The continuing inequalities between peoples on the basis of race and nationality  within individual countries have historical roots, from the practice of genocide to participation in the institution of slavery. The use of contemporary state-sponsored violence, such as the disproportionate incarceration of minorities, serves not only to concentrate unemployment and poverty on minorities, but to contribute to an ideology that aims to unite the “favored” workers with the capitalist class.

Globalization constitutes the continued expansion of capital that takes the form of an increase in the international division of labor and the dominance of finance capital in international economic relations.  The benefits of globalization have accrued mainly to the global capitalist class.

The historical process of imperialism and its current neo-colonial form lie at the root of the vast disparity between the countries of the North and the South.  This continues to operate through the process of globalization by multinational corporations furthered by capitalist-dominated institutions such as the IMF and WTO.

Production consists not only of that which takes a monetized form, but also subsistence and household production. Recognition of this contributes to an understanding of the oppression of women who are primarily responsible for this category of production, and of the interaction between patriarchal structures that long preceded capitalism, with contemporary relations of productions.

The looming disaster of climate change must be analyzed through the lens of national and international class relations. Driven by competition, corporations’ decision-making consistently ignores environmental damage in its local, national, and international operations. At the global level, rivalry among the “big” powers that include the US, the EU, China and Russia threatens the lives of billions of the world’s peoples.

Radical political economists envisage and struggle for a society in which production is organized as the outcome of the decisions of politically and socially active people, all of whom have equal status.  We look forward to a society that provides people with the opportunity to live and work, individually and collectively, in activity that has as its goal the full development of human potential.

It is increasingly widely recognized that mainstream economic theory and “models” are unable to address the problems facing people in this real-world economy. Since its founding in 1968,

URPE has promoted the development of radically different economic theories that can contribute to an understanding of the functioning of, and alternatives to, our existing economies.

Over the past half-century, numerous excellent articles and books have engaged in a critique of mainstream economics, and explained its ideological nature. But mainstream economics has a near hegemonic hold on the presentation of economics to students and on the training of future teachers. Most people have no idea of the existence of a significant body of work that exposes the vacuousness of mainstream economics and offers radically different approaches. There is, however, a significant lack of brief introductory materials on this work. URPE members are therefore invited to participate in their development by contributing to a discussion, on a page of the URPE web site, entitled “What is Radical Political Economics?” Contributions should be no more than 2000 words in length and all contributions will be posted, listed by date and name of author. While there are significant differences among radical political economists, these should not be the focus. Instead, authors should concentrate on presenting their own contributions to the topic. (No more than one contribution can be made within a single month.)

To begin the discussion, a sub-committee of the URPE Steering Committee has posted two brief statements on this site, one a critique of Gregory Mankiw’s presentation of the fundamental principles of economics and the other a proposed set of radical political economic alternatives.

Neither of these claims to represent the views of URPE as a whole or to serve as templates–they are intended only to initiate a fuller discussion among URPE members. (You must be a member of URPE to contribute to the discussion and contributions must be signed.)