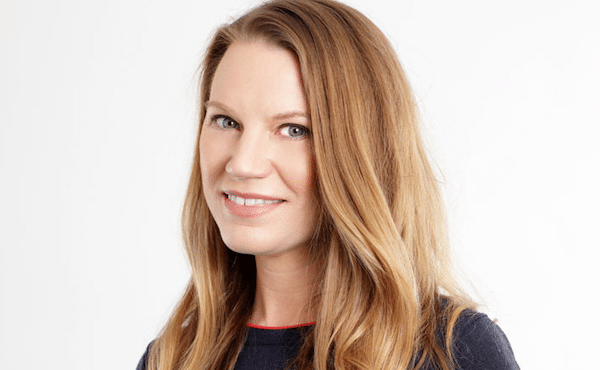 Janine Jackson interviewed the Williams Institute’s Christy Mallory about anti–trans youth bills for the April 23, 2021, episode of CounterSpin. This is a lightly edited transcript. 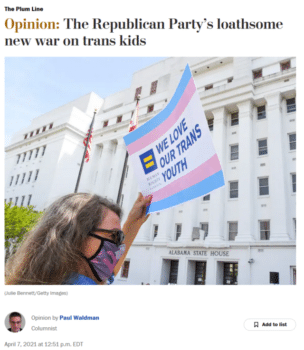 Janine Jackson: Arkansas recently became what media ominously call the “first” state to ban gender-affirming healthcare for transgender kids—state legislators overriding Governor Asa Hutchinson’s veto to do so. Hutchinson, Paul Waldman noted in the Washington Post, is “no hero of compassion and equality”; he had just signed a bill to prevent transgender girls in the state from playing school sports consistent with their identities.

Both of those measures are part of a spate of anti-trans legislative campaigns around the country, efforts that can have devastating impacts—whether or not they can be easily identified as Republican efforts to scare change-averse folks into voting, and, in fact, whether or not they ever become law.

Here to talk about what’s happening is Christy Mallory , Renberg senior scholar and legal director at the Williams Institute, based at UCLA. She joins us now by phone from Los Angeles. Welcome to CounterSpin, Christy Mallory.

Christy Mallory: Thank you so much for having me.

JJ: Listeners may have heard something about bans on trans girls and women from doing school or club sports with same-gender peers, in part because that was covered in sports sections. The ban on getting trans kids gender-affirming healthcare could be said to be even more fundamental, but really, they’re part and parcel; they’re part of the same campaign. Would you tell us about the scope and the aspects of this wave of legislative targeting of transgender people?

CM: Yeah, we really are seeing a wave of these anti-trans bills. It’s exactly how you’ve just characterized it. And, really, for the most part, these bills target and single out transgender youth specifically. We’re talking about trans kids and their participation in school, in sports, in getting medical care.

This is a little bit of a change from what we saw a few years ago. I don’t know if people remember what happened in North Carolina with the now-infamous HB2 there, the law that tried to limit restroom access for transgender people. That bill was focused on access in buildings more broadly, government buildings, so that would have applied to adults as well as youth. But now we’re seeing these bills that specifically target youth. And, like you said, they come in a variety of forms. The strategy has morphed into one where there are these different approaches being taken.

You described the athlete bans, but these other gender-affirming care bills, they limit access to gender-affirming healthcare, medical care, for transgender youth specifically. We’re seeing a lot of these proliferating throughout the country, just like the athlete bans. In total, there’s been over 100 anti-trans bills introduced in state legislatures this year.

JJ: There’s a bill in North Carolina that’s going to require that any teacher or public school official immediately notify in writing each of the minor’s parents, guardians or custodians, if a minor exhibits gender nonconformity—that’s North Carolina. We have a bill that requires parents give written consent for teachers to discuss gender identity. And another bill that says that any time you talk about gender identity in the classroom, you have to also include “the potential harm and adverse outcomes of social and medical gender interventions.”

CM: Yes, I think that’s a great point. The impacts of these laws, again targeted at trans youth, are stigmatizing; they’re harmful. I just want to point out here what a lot of our research done at Williams Institute, and research done by other scholars, has shown: that, of course, we can see that these bans—and we’ve studied this—can harm trans youth when they pass.

That is, if a gender-affirming care bill passes, meaning a trans kid can no longer get access even to care that they’ve already been getting—they have to stop care, or won’t be able to get needed care in the future—that has a devastating impact on those kids who can’t get what’s been provided as treatment and medical care. So that’s one aspect of this.

But there’s also some harm that comes even when the bills don’t pass. Like you mentioned, a few of these are passing. We see, though, many also die or are vetoed, have other consequences. But the point is, even the campaigns, the messaging around these bills, the hostility that state legislators, these elected government officials, display as they hear the bills against trans youth—that is all incredibly stigmatizing as well. And even those activities, even when the bill doesn’t pass, can really take a toll on the mental health of these kids and their families. 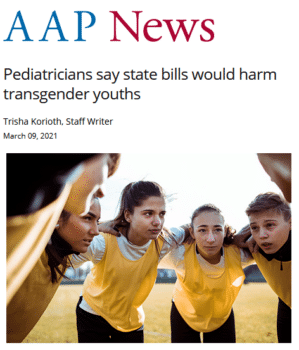 JJ: The American Academy of Pediatrics, along with all kinds of medical organizations and school counselors, they’re out there saying that these anti-trans bills—all of them, but especially the ones opposing gender-affirming healthcare, which involves hormone blockers and different things that young folks might be doing, particularly, when they are reaching puberty—these doctors are saying that these bills are going to hurt kids.

CM: Yeah, that’s right. We’re seeing the professional medical associations, doctors, come forward and say, “This care is right, based on science, based on research, based on treatments that have been used for a long time now.” And that really also gets into what was the reason for the veto in Arkansas, too, was this reluctance to have the legislature interfere with medical decision making between a provider and their patient.

JJ: A lot of this legislation is at the state level, right? So I’m just wondering, in terms of response, is there a place for the federal government here? What do you think about that aspect of where the response can happen?

So what does this mean? This means that Title VII, the federal civil rights law that prohibits employment discrimination, now prohibits discrimination based on sexual orientation and gender identity as well. That decision was specific to Title VII, but we see a lot of other laws that are structured just like Title VII, and Title IX is one of these laws.

Title IX, as I’m sure people know, prohibits discrimination based on sex in schools. So right now, we’re in a place where courts are increasingly beginning to interpret that law to prohibit discrimination based on sexual orientation and gender identity. That had already started before the Bostock Title VII decision, but is now even picking up more steam because courts, when they interpret Title IX, frequently look to Title VII case law. 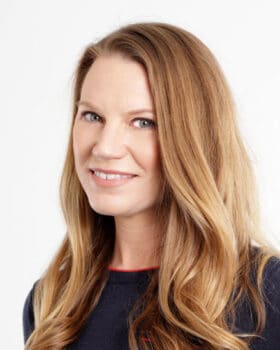 CM: We also saw this come up in Idaho, when they passed their athlete ban last year, and it was challenged very quickly in court, and then was enjoined by a federal judge there in the state. Again, this is another issue, there’s tension: These laws, especially these athlete bans, are likely invalid under federal law. So we expect more court cases to come up. These court cases are expensive to defend. I mean, this is taxpayer money; this is time of state governments, administrative agencies, that are already spread very thin. And so I think that’s something else the states have to keep in mind: Is this worth fighting, given the climate and legal landscape?

JJ: I just want to bring you, finally, to media, because I think the fact that the battlefield is legal affects the way that media interpret these stories, and the way they convey this information to the public. 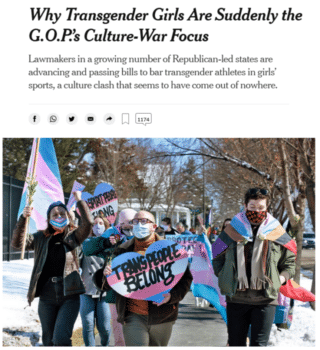 And I want to say, I think it’s meaningful that media are talking about, for example, the rights of “transgender girls,” they’re using that term; because, after all, the premise of much of the legislation is that there’s no such thing as a transgender girl, there’s just a kid who is sick or confused or something. So media are making a certain kind of statement by using proper language. I don’t see reporting giving a great deal of credence to anti-science, anti-medical, anti-trans arguments.

However, because as a news event, it’s a story about partisan lawmaking, it’s still getting framed as a “debate” or as a “culture clash.” So media are still treating the idea of “trans people’s humanity is debatable” as debatable, if you know what I’m saying.

And I kind of want to see what’s around the next corner, where journalists just treat trans people as human beings, and treat any legislative efforts to say something else as what they are. But part of the concern, again, is that if efforts lose in court, that media will present it as somehow meaningful, rather than a need to fight more.

CM: Yeah, that’s a really interesting question. Of course the media play a huge role here, because the media obviously just reach so many more people than a decision coming out of a court, or even a vote on a bill by a state legislature; that stuff alone isn’t getting spread out without the amplification by the media. I think it’s really important that the media treat these issues with respect, even when reporting factually on the outcome of a case, or what happens with a bill.

That involves, like you said before, really keeping in mind that these are people, these are kids; ensuring, for example, that the correct names are being used; ensuring that the correct pronouns are being used; ensuring that there’s not information that would compromise children’s privacy getting out into the public sphere. In many cases, these kids don’t ask to be in the spotlight; they are just thrust there, because they’re part of these national debates that do get a lot of media attention and public attention.

And I think one thing to add to that, too, is just the importance of providing context for this in the reporting. You know, many people don’t know that it’s not, right now, against the law in most states to discriminate against transgender people in public accommodations, for example, and other areas of life. So having that background context is also really important.

And the one last point I want to make, too—which ties back to my earlier point about just how stigmatizing campaigns can be for people, and how they in themselves can take a toll on mental health—is when the media report on these bills, that’s getting to the families who are affected by these issues. And ensuring that they’re respected and treated as people can help reduce that stigmatization and the harmful effects of hearing all of this anti-trans language, hearing people that are government leaders say bad things about them. So I think the media do play a role here, and there’s a way to do it very respectfully and ensure protections for trans kids without compromising the media goals and respecting the facts.

JJ: Absolutely. We’ve been speaking with Christy Mallory, she’s legal director at the Williams Institute at the UCLA School of Law. Thank you so much, Christy Mallory, for joining us this week on CounterSpin.

CM: Yes, of course. Thank you so much.