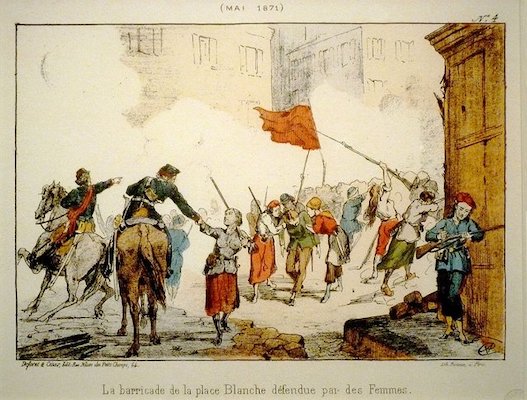 Then came the time they took it all away.
Then came the time, that bloody week.
With massive force, our own countrymen
broke down the barricades, ran through the streets
slaughtering everyone they could find.
So many thousands died.

Now is the time to stand once more.
Now is the time to reclaim the streets,
when rich men and politicians lie and steal our wealth,
protected by those supposed to protect us.
To those who rule there is nothing so frightening
as people who want to be free.

Mike started out as an academic mathematician and computer scientist before succumbing to the urge to build things and becoming a software engineer. He is a lifelong socialist and since retirement has tried, in a small way, to shine some light through the fog of misinformation and disinformation that surrounds us. He likes to use poetry for its direct path to emotions, to stimulate the search for truth. He can be found on twitter @thecyberred, Facebook as thecybersocialist, and the occasional essay at www.thecybersocialist.red. He may also be contacted directly at mike[at]thecybersocialist.red.