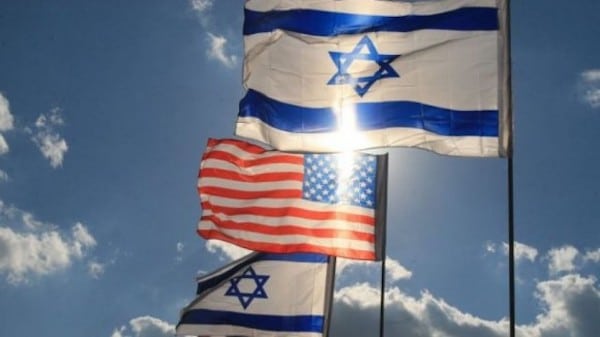 News of a cease fire halting the onslaught in the Gaza Strip is a welcome respite from the horrors we witnessed since May 10. But short of bold action, this cease fire will collapse like all the ones that preceded it.

On May 2, the Israeli Jerusalem District Court ruled in favor of the forced displacement of 13 Palestinian families, consisting of 58 people including 17 children, by Jewish settlers in the Sheikh Jarrah neighborhood of Jerusalem. These families have been protesting what one of them describes as “forced ethnic displacement” for decades.

During the week that followed, Jewish Israeli settlers, protected by soldiers, continued to harass these families and raid their homes, which caused a global outcry to “Save Sheikh Jarrah,” all amidst continuous Israeli violations at the nearby Al-Aqsa Mosque that reached their peak on May 10.

It was then that Hamas in the Gaza Strip warned the Israeli government of the danger of its actions, prompting the resistance movement, designated as a terrorist organization in the U.S., to later retaliate as Palestinian Jerusalemites pleaded for action to protect them and deter Israeli violations. On the same day, Israel launched its “Operation Guardian of the Walls,” against the Gaza Strip, and a day later, Hamas announced its “Operation Sword of Jerusalem.”

Meanwhile, the protests of Palestinians across the land between the Jordan River and the Mediterranean Sea were met with violent dispersal methods by Israeli police, special forces, and settlers alike. These methods included the use of rubber-coated bullets, live ammunition, a chemically engineered sewage water known as “skunk,” damage of Palestinian-owned property, and among others, arrests.

As of May 25, at least 275 Palestinians have been killed, (248 in the Gaza Strip, 26 in the West Bank and Jerusalem, and one Palestinian inside Israel), including 66 children in the Gaza Strip alone, and more than 6,200 others injured. Thirteen deaths in Israel were reported.

Homes, businesses, media centers, and medical facilities were not spared. All in all, more than 91 thousand Palestinians in the Gaza Strip are now displaced because of the destruction of some 1,800 housing units, including six high-rise buildings. One of those buildings housed the Associated Press and Aljazeera offices, and another housed the only COVID-19 testing facility.

At face value, this brief account appears to have nothing to do with an identification card issued by the U.S.

However, to make sure the horrific carnage we witnessed does not happen again, we must not lose sight of what lies behind Israel’s unbridled use of force: American support.

American support does not begin and end with providing diplomatic cover and $3.8 billion of military support for Israel every year.

Since 2014, a total of 219 federal and state bills (50 currently in effect), have been introduced to shield Israel from criticism by stifling the First Amendment rights of Americans who support Palestinian rights. Meanwhile, numerous American businesses across a wide range of industries, both private and public, charitable and for-profit, support Israel’s ongoing settler colonialism with cash contributions.

It is, thus, both painful and unsurprising to me, as someone born in Palestine in 1989, that my place of birth on my U.S.-issued Employment Authorization Document reads “Palestine (Born Before 1948),” as if Palestine ceased to exist since then. I know of other brazen place of birth designations for Palestinians in the U.S., which include “Israel,” “Jordan,” and “Stateless.”

This ID, like all forms of American support for Israel, is an extension of Israeli policies, including the segregated ID system for Palestinians, and points to the active role the U.S. plays in erasing Palestinians, not only in Palestine, but also here in the U.S.

Equally important, we must remember that as the dust settles following the latest round of confrontations, Palestinians will continue to live under “an overarching Israeli government policy to maintain the domination by Jewish Israelis,” as a recent Human Rights Watch report put it. Indeed, one the very first day of the so-called cease fire in the Gaza Strip, Israeli soldiers injured at least 20 Palestinian worshippers at Al-Aqsa Mosque in Jerusalem, and a day later proceeded with a massive arrests campaign targeting Palestinians protesters in cities across historic Palestine.

Talks of an international conference to rebuild Gaza and revive negotiations with Israel are as predictable as they are likely to fail.

Moving forward requires bold action toward a more equitable reality. Action that goes beyond another round of negotiations and aims at overcoming the domination of Jewish Israelis and the meticulously documented suffering it has caused over the past 73 years.

It begins with America’s recognition of my right to exist, and that of all Palestinians. It begins with the U.S. “acknowledging its role in the injustice and human rights violations of Palestinians,” as Rep. Alexandria Ocasio-Cortez put it. It begins with understanding that cease fires are not solutions. It begins with recognizing that “Zionism is a form of racism and racial discrimination,” as determined by the 1975 United Nations General Assembly Resolution 3379, which Israel demanded it be revoked as a precondition for joining the now failed peace process in 1991. It begins with sanctioning Zionism and the apartheid regime it has produced.

Anything less will only delay the inevitable: more war.