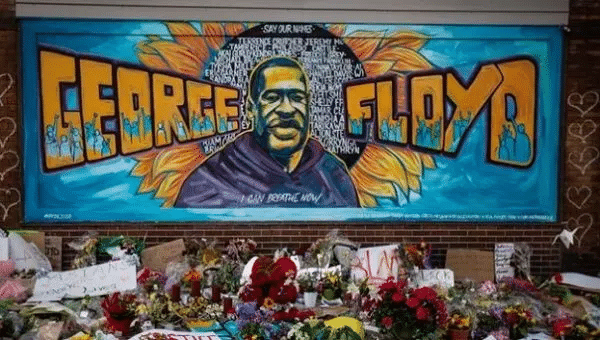 One year ago today, George Floyd was murdered. Like countless others lost to police brutality, he should still be with us. Let’s recommit to dismantling racist systems that criminalize & destroy Black lives. | Photo: Twitter @UWBayArea

Despite the protests by U.S. citizens demanding reforms in police organizations, more than a thousand people have lost their lives due to police violence in the United States.

The count of this tragic figure begins on May 25, 2020, the day George Floyd died in Minneapolis (in the state of Minnesota, northern U.S.) when officer Derek Chauvin was filmed pressing his knee into Floyd’s neck for nearly nine minutes while the detainee, who was handcuffed, complained that he could not breathe.

A study prepared by the Mapping Police Violence website noted that at least 1068 people were killed by U.S. police officers across the country, an average of three killings per day.

It also detailed that since Floyd was killed, 25 states saw a decrease, while 19 states saw an increase, and seven states saw no change in police killings compared to the same period last year.

A report reveals that over the past 20 days, U.S. police have killed 65 people, most of them Latinos and blacks, across the country.

According to an analysis by Mapping Police Violence, African Americans are nearly three times more likely to be killed by police than whites in the United States.

Along these lines, the Police Violence Report, another advocacy group, emphasized that black people are more likely to be killed by police (27%), more likely to be unarmed (35%), and less likely to threaten someone when killed (36%).

Meanwhile, less than 2 percent of the officers involved in the killings were charged with a crime. Of the 9170 police killings recorded between 2013 and 2021, only 153 police officers, 1.7 percent, were charged, and 38 (0.4 percent) were convicted of the crime.

In recent years, fatal police shootings and other forms of brutality against ethnic minorities have sparked massive protests and harsh criticism from civil rights organizations worldwide.

#UnitedStates | Family and supporters march ahead of anniversary of George Floyd death. pic.twitter.com/nLYANV64PI