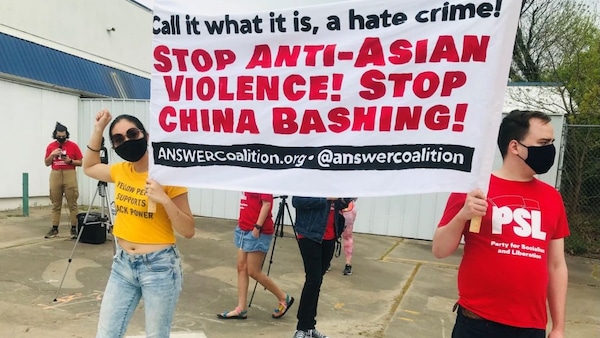 The United States Senate has advanced sweeping trade and technology bills targeted at China, opening up yet another front in the trade wars. On Thursday, May 27, the Senate voted for closure on debate to the United States Innovation and Competition Act (USICA), with a vote of 68-30. The bipartisan support will overturn any attempt at filibuster against the bill, having crossed the 60-vote threshold.

The more than 800-page draft bill, which would approve a funding of USD 250 billion, has a plethora of provisions originally proposed by senators from the right-wing Republican Party which have been added as amendments to the larger bill. 18 of the 50 Republican senators supported the closure of debate on the bill, in addition to the 50 votes from Democratic senators.

Republican senator Mike Crapo, a co-sponsor of one of the bills added as an amendment with an overwhelming 94-1 vote split, has called the omnibus bill “the intersection between Republicans and Democrats in the Senate on trade policy.”

Certain parts of the omnibus bill seek to address a recent shortage in semiconductors, microchips and telecommunications technologies, for which the U.S. relies heavily on China, and boosting technological innovation in the country, dedicating close to USD 54 billion towards for the purpose.

But, large parts of the bill are dedicated to putting up an aggressive policy in dealing with China, with the inclusion of bills like the Endless Frontier Act, the Strategic Competition Act, and the Meeting the China Challenge Act, as amendments. Several of these bills include provisions to sanction entities or businesses in China against supposed anti-competitive activities.

The Strategic Competition Act has come under major criticism from social movements as it includes provisions for U.S. entities to “remain vigilant to the risks posed by undue influence of the CCP [Chinese Communist Party],” pour millions of dollars in a “Countering Chinese Influence Fund,” and also dictates foreign relations with nations having extensive trade with China.

Social movements and anti-imperialists have argued that the bill could aggravate anti-Asian racism in the U.S., which has been on the rise since former president Donald Trump’s aggression towards China.

“This reinvigorated wave of McCarthyism, Yellow Peril rhetoric, and military funding focused solely on “containing” and destabilizing an emerging China will only escalate tensions and increase the potential for war, while further emboldening Sinophobic violence against Asians and Asian Americans within the U.S.,” stated Madison Tang, coordinator of the China Is Not Our Enemy campaign.

Anti-imperialist and anti-war group, CODEPINK, has launched a national campaign calling for people to pressure their respective senators to reject the Strategic Competition Act. In the campaign, the group argued that it “would increase military funding to escalate U.S. aggression towards China and endanger Asians and Asian Americans at home.”

Similarly, earlier this month, a group of 65 civil society organizations, including CODEPINK, Union of Concerned Scientists, People’s Action, Quincy Institute and Working Families Party, among others, released a joint letter expressing their opposition to the “growing Cold War mentality” in how the U.S. approaches China.

Calling out the “worryingly… short-sighted worldview” of presenting China as the existential threat to the U.S. that “both political parties are increasingly latching onto,” the letter argued that the anti-China narrative for initiatives in industrial and technological advancement is “not only politically unnecessary; it is harmful, as it inevitably feeds racism, violence, xenophobia, and white nationalism.”

The letter added that “the prosperity of working people in the United States and China alike demands building a more equitable global economy that maximizes human well-being overall rather than corporate profits. Wasting more money on the Pentagon and inflaming ethnonationalism and racism will not serve these goals.”

Apart from civil society groups, even progressive lawmakers and political figures like Ilhan Omar, Jamaal Bowman and Mark Pocan, have also spoken out against the recent push to paint China as the enemy and the threats to Asian-American communities it poses in the U.S.

Nevertheless, the U.S. government under the Joe Biden administration and most of the federal lawmakers in the Congress have expressed their inclination to favor policies to escalate tensions with China.

This was best expressed in House of Representatives speaker Nancy Pelosi calling for a boycott of the 2022 Winter Olympics, scheduled to be held in Beijing, and also president Biden’s order to intelligence agencies to investigate and submit a report on COVID-19 origins, which many argued builds on Trump’s and U.S. right-wing’s unsubstantiated accusations of man-made origins of the virus in China.