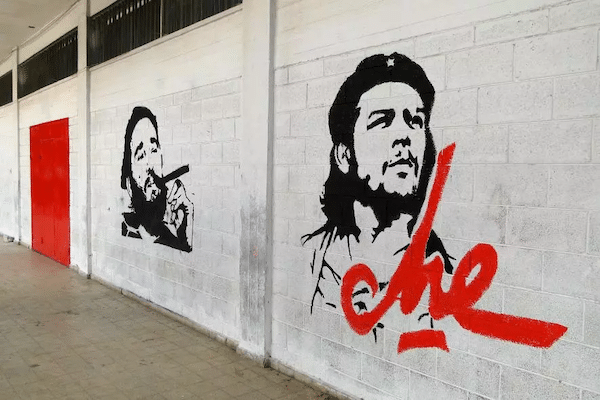 ‘A man who acted as he thought best and who has been absolutely faithful to his convictions.’

If the nineteenth century was the age of Marxist theory, then the twentieth century was the age of Marxist theory in action. For all his life Marx remained immersed in his research while Engels stuck to his father’s business—“accursed commerce” as he called it—mainly to sustain Marx and his family. Notwithstanding this, the radical duo saw enough political action. The 1848 revolutions, the Chartist movement in Britain, the formation of the International Working Men’s Association, the Paris Commune were some such events. But in their lifetime, they never saw a successful regime change by social forces that claimed to be guided by their theory.

Ironically, none of the revolutions of the twentieth century inspired by Marxism took place in states/societies that Marx and Engels considered to be most ripe for it. It was backward Russia, agrarian China, and even backward states of Latin America where Marxism saw the light of day. Cuba was one such country and Che Guevara one of its foremost heroes.

Ernesto Guevara de la Serna, born in Rosario, Argentina, traced his ancestry to Ireland and Basque, Spain, although he never took it seriously and considered himself a thoroughbred Latin American. This emotion was best put on display when he was just twenty-four and during a sojourn in Peru, he declared that the “division of America into unstable and illusory nations is a complete fiction. We are one single mestizo race with remarkable ethnographical similarities”. He then proposed a toast to Peru and a United America.

His parents were fairly progressive by Argentinian standards of the time; atheists and forward-looking. His architect father was called “the communist” not because he was a member of the Communist Party, although he considered himself a proud socialist, but because he paid his plantation workers in cash and on time! Guevara senior actively sheltered veteran republicans of the Spanish Civil War and apprehended local Nazi operatives. His wife, Celia, was a lover of literature with a marvellous sense of humour. She drove her children in her 1926 Maxwell convertible to school, excursions and swimming lessons.

Che grew up sheltered from the conservative Catholic church which always actively supported regressive politicians. He read literary classics and a wide range of books on world politics. Before Marx, he admired Gandhi and had read Nehru’s Discovery of India. His tryst with Marxism came when he landed a job in Buenos Aires City Council’s Supplies Division where he had enough peace to read and write. He wrote a philosophical dictionary wherein he kept a record of his reading and musings. His essays on Marx and Engels were eventually published by his estate in 2007 under the title A Biographical Synthesis of Marx and Engels.

Politically speaking, Che’s radicalisation took off when on his fabled motorcycle journeys he encountered a beleaguered Chilean worker who had been jailed for being a communist. After further investigation, Che saw how the American copper mining company was exploiting the Araucanian people of Chile. Wages languished and their conditions were appalling. Workers and their trade unions were bested by the mining conglomerate in atrocious ways. For instance, the company manager accompanying Che and his mate, Alberto, had no compunction to reveal that when the trade union called a meeting, he and other members would entice several union leaders to the local brothel so that meeting lacked the required quorum.

The event that had the biggest impact on Che was the counter-revolution against Jacobo Arbenz Guzman’s government in Guatemala. Arbenz’s land reform aimed at correcting the imbalance created by estate-led coffee production which had caused only 2% of the population to control 72% of arable land. The largest private landholder in Guatemala, the United Fruit Company of the United States of America was also affected. It had 1,65,182 hectares of its 2,21,862 hectares acquired and redistributed. This daring elicited an aggressive response from U.S. imperialism because it had very close ties with the Eisenhower administration and John Foster Dulles, then secretary of state, was on the board of the company. United Fruit hired a public relations company to whip a frenzy about the spread of communism in Guatemala. General Castillo Armas’s CIA-backed coup removed Arbenz. And this was the point where Che clearly understood that in the face of open and direct assaults on the political independence of the Latin American states by American imperialism and its cronies, only revolutionary violence could liberate them. As Trotsky memorably put it, but in a completely different context, “the devil does not cut its own claws”, Che decided to shoot through the claws of the devil for the rest of his life.

After Guatemala, Che went to Mexico and had a fateful encounter with exiled Cuban revolutionaries. After the failed Moncada uprising of 26 July 1953 the leader of the revolt, Fidel Castro, was in Mexico City. Neither Castro nor Che recorded the exact date of their meeting, but both vividly remembered the encounter as a “meeting of minds”. They talked through the night. In an interview with the American journalist Lee Lockwood, Castro admitted, “I believe that at the time I met Che he had a greater revolutionary development, ideologically speaking, than I had. From the theoretical point of view, he was more formed, he was a more advanced revolutionary than I was.” Che was won over by Castro, he fell in with the latter’s plan to organise a revolution in Cuba.

By the late eighteenth century, Cuba became a service colony for Spanish fleets carrying bullion from South America to Spain. During the early part of the nineteenth century, Cuba was the only Spanish colony in Latin America that did not experience a successful independence movement. On the contrary, the revolution in Saint-Domingue at the turn of the century led to the arrival of 30,000 refugees in Cuba who were utilised to ramp up sugar and coffee production. The break came with the nationalist revolt of Jose Marti in 1895 which ended with American involvement in 1898 and freedom from Spain. American interference was predicated not upon some ennobling notion of national self-determination but greed and avarice. Americans had their eyes on Cuba for a very long time. President Thomas Jefferson attempted to buy Cuba from Napoleon during the French occupation of Spain in return for a free hand in South America. In 1850, the U.S. Minister in Madrid made a secret offer of $100 million for Cuba, but Spain turned it down.

Even after Cuba became politically independent it remained an appendage of the U.S. Under the Platt Amendment, the U.S. maintained the right of intervention in Cuba, a right that was (mis)used several times during the first two decades of the twentieth century. Cuba was also forced to cede the naval base at Guantanamo Bay in the South of the island. By 1929, U.S. investments in Cuba represented a quarter of its total investments in Latin America. And by the 1950s, when the U.S. became the leader of the so-called free world and the foremost champion of the “free market”, it controlled 40% of Cuba’s sugar production, 90% of its telephone and electrical services, 50% of the railways, 90% of its cattle ranches, and 25% of its bank deposits. Political scientist Prof. George Lawson notes in his 2019 book, Anatomies of Revolution, that in pre-revolutionary Cuba, the U.S. ambassador was considered the “second most important person on the island”.

The political pygmy who was making all this possible in Cuba was the military dictator Fulgencio Batista. During his sojourn in Mexico, Fidel had netted $50,000 in cash and pledges, just enough to support his band of 82 guerrillas. Just before leaving for Cuba, Fidel scouted for a trainer and got one in Colonel Alberto Bayo, a veteran of the Spanish Civil War who had fought heroically against the forces of fascist Franco. Che emerged as the top student in the guerrilla fighting course. Despite severe asthma, he endured gruelling marching sessions and practice sessions which lasted for twelve hours a day, sometimes longer.

Without much procrastination, the guerrillas landed in Cuba on 30 November 1956. The ensuing battle was protracted, marked by initial losses that had the guerrillas retreat into the Sierra Maestra mountains. Moved by the appalling conditions of the Campesinos (farmers), the rebels established medical centres and schools in the mountains. Che led these initiatives and to everyone’s surprise, the Campesinos flocked to learn to read and write. Within two years, there were thirty schools run by the rebels. And as the movement grew in tandem with the widespread dissatisfaction against Batista’s corruption and intransigence, no other political faction apart from Fidel and Co. were in a position to take over the reins of power. On 1 January 1959, the rebels marched on Havana.

Another important aspect of Che’s political vision is his ideas of a socialist economy. In 1963-64, the debate around the Cuban economic system abounded. Che argued against sole reliance on raising the level of productive forces. He called for a dialectical reciprocity wherein the transformation of man and his conditions was carried out simultaneously, one reinforcing the other. For him, any attempt to make the productive forces race ahead of man risks the rise of technocratic bureaucratism which might substitute democratic participation of the large majority of people. Students of heterodox economics have a lot to learn from this period when a new society was being forged, a far cry from the abstract models currently in vogue.

Today, on his 93rd birth anniversary, we honour the man and his legendary legacy. Towards the end of his life, he wrote to his children, “Your father was a man who acted as he thought best and who has been absolutely faithful to his convictions.” And remained he did. He died not as a minister in Cuba but rebel in Bolivia. The theory of “socialism in one country” remained anathema to him. Jean-Paul Sartre called him “the complete man”, a title stolen by Raymonds, an Indian suiting and shirting brand, to hawk their wares. Notwithstanding this, the legend of Che is etched in history’s hippocampus.

Shubham Sharma is a research scholar with the Department of World History, University of Cambridge.

Rishav Sharma is studying LLM at the TERI School of Advanced Studies, New Delhi. The views are personal.