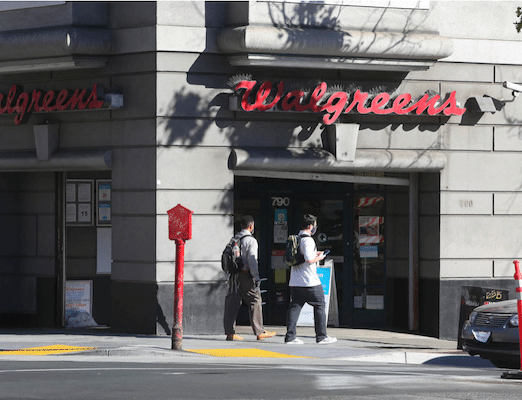 After former Minneapolis police officer Derek Chauvin was convicted for murdering George Floyd, the initial police account of Floyd’s death circulated widely. The statement said Floyd suffered “from medical distress” and emphasized that police did not use weapons, but it omitted that Chauvin had kneeled on Floyd’s neck for over eight minutes while he cried for help and, eventually, stopped breathing.

The misleading and dishonest statement crystallized for the entire country what many in the criminal legal system already knew: The police lie. The police are not reliable narrators about crime and public safety because they have their own interests to protect. They want to avoid punishment and to amass big budgets and power, and they offer narratives that, on balance, advance those interests over others. Given this, Barry Petchesky wrote in April in Defector, reporters who rely on police statements should at the very least append the qualification “officers claim,” making clear that what officers say should always be questioned and verified.

The same lesson applies not just to the police but to anyone who stands to benefit from more policing and carceral systems, including wealthy corporations that see arrests and prison terms as means to protect their bottom line. It’s the sort of basic skepticism that should at this point be de rigueur for any journalist or policymaker.

Yet in San Francisco, just months after Chauvin’s conviction, that lesson remains unlearned. Prominent newspapers are parroting police and retailer talking points about a supposed shoplifting “surge” that they say is “out of control,” despite the lack of evidence or any apparent investigation into whether such evidence exists. And that narrative is dangerous, providing grist for political opponents of criminal justice reforms who use fear of rampant crime to advocate more harmful and discriminatory carceral policies.

The San Francisco Chronicle paints a dire picture. One alarmist headline reads “Organized crime drives S.F. shoplifting, closing 17 Walgreens in five years” and describes seniors losing access to prescription drugs and other vital services after their neighborhood pharmacy is forced to shutter. The paper doubled-down on this narrative last week based on video of a single shoplifting incident, in which a man shoves items into a garbage bag and then flees on a bicycle. Similarly, the New York Times reported that “the mundane crime of shoplifting has spun out of control in San Francisco,” with stores closing “largely because the scale of thefts had made business untenable.”

The source for this information? The retailers themselves, backed by anecdotal reports from law enforcement.

The stories draw from a San Francisco Board of Supervisors hearing that Supervisor Ahsha Safai convened last month. There, reports the Chronicle, “retailers attributed a majority of losses to professional thieves instead of opportunistic shoplifters who may be driven by poverty, with one CVS leader calling San Francisco a hub of organized retail crime.” That “leader” is Brendan Dugan, CVS Health’s “director of organized retail crime and corporate investigations,” who said “professional crime accounts for 85% of the company’s dollar losses” in San Francisco.

The Chronicle and the Times also reported retailer claims that criminal justice reform is to blame, particularly Proposition 47, which California voters passed in 2014 to reduce penalties for thefts worth less than $950. According to supermarket chain Safeway, the new law, which has been a critical tool in fighting mass incarceration, led to “dramatic increases” in shoplifting losses.

For his part, Safai wrote on Twitter that “the numbers speak for themselves,” and posted a Walgreens-produced graphic that uses four cartoon robbers to indicate the prevalence of “professional theft” in San Francisco. (By comparison, New York City only has 1.5 cartoon robbers.)

In none of this reporting did anyone apparently ask for actual data, or the methodology used to obtain it, or, say, the definition of “organized retail crime” and how retailers could possibly know exactly how much theft it’s responsible for. And when commentators like Adam Johnson, co-host of the podcast “Citations Needed” and a former staff writer at The Appeal, and law professor John Pfaff pointed this out, they confronted disbelief: “Are you accusing Walgreens of falsifying that data?” tweeted Michelle Tandler, a self-described “Moderate Dem” and founder of a life skills company. Michael Shellenberger, a writer and commentator on environmentalism, asked,

Why would Safeway lie?

More thorough reporting would have provided reasons for skepticism. It could have mentioned that Walgreens announced in 2019 that it was closing hundreds of stores nationwide as a cost-saving measure, and that, as Johnson noted, Walgreens has closed stores in New York City at a higher rate without allegations of rampant organized crime.

Thefts overall are down compared to the five-year average from 2015 to 2019, and, according to police data, larceny (which includes shoplifting) is down 14 percent from this same point last year.

Beyond that, the stories could have explained how the actual data shows that crime in San Francisco, including property crime, has dropped to record lows. Thefts overall are down compared to the five-year average from 2015 to 2019, and, according to police data, larceny (which includes shoplifting) is down 14 percent from this same point last year (or, to compare to a non-pandemic year, down 33 percent from the first five months of 2019). The Chronicle dismissed the relevance of this based on a police explanation, writing that police said “incidents are often underreported and have become more violent and brazen.”

And Safeway’s assertion that criminal justice reform is causing more crime could have been rebutted with the 2018 University of California, Irvine study, which concluded that while larceny “increased moderately,” overall,

we find very little evidence to suggest that Proposition 47 caused crime to increase in California.

Even more glaring is the failure to note or investigate retailers’ long history of pushing for draconian shoplifting penalties based on dubious claims of significant crime waves.

An October 2020 report by the consumer-interest group Public Citizen explained how, “in recent years, the retail industry has advocated against criminal justice reforms that reduce shoplifting sentences and/or supported harsher anti-shoplifting laws in 18 states,” with retailers winning in 11 of those states. In California, major grocers including Safeway collectively spent hundreds of thousands of dollars supporting an unsuccessful 2020 ballot measure to roll back Proposition 47 and create longer prison sentences for shoplifting, among other harsh criminal penalties.

Then there’s the warning of “organized retail crime,” or ORC in industry parlance. The term sounds ominous, evoking a network of thieves operating a sophisticated enterprise. But state laws and the retail industry use it broadly to describe coordinated theft of almost any kind, and in some cases theft involving just a single person. The National Retail Federation, a trade group that lobbies on behalf of retail businesses, releases an annual survey on “organized retail crime” and “ORC gangs” that doesn’t define either term and is based entirely on a survey of retailers (a total of 61 in 2020). The group then uses that survey to make claims like organized retail crime “affects 9 out of 10 retailers,” and “among ORC victims, three in four report an increase in the past year,” and to demand federal organized retail theft legislation.

State laws targeting so-called organized retail crime can be similarly broad, allowing prosecutors to bring charges against people wrestling with poverty or substance use issues. The 2020 ballot initiative that Safeway and the California Grocers Association backed, Proposition 20, would have created a new crime for “organized retail theft” defined as two or more people shoplifting “in concert” at least twice in six months for a total value more than $250. In Arizona, there’s no dollar amount threshold and a person can commit organized retail theft entirely alone if they steal something with the intent to sell it. The offense carries a potential three-year prison term.

Which is all to say, when retail chains like Walgreens tell you that stores are closing because of organized crime—that seniors are losing their local pharmacy because shoplifting is “out of control” and not because of corporate strategic planning or to pay for the CEO’s $25 million signing bonus—it’s worth at least digging into their story.

Why does all this matter? Because this is how mass incarceration happens. Police and the moneyed interests who want their protection tell stories that spark fear about rising crime—in this case, that well-intentioned reforms have led to an onslaught of organized crime—journalists launder those stories through the “news,” and then those stories become fodder for campaigns against reforms and reformer politicians. That’s happening now in San Francisco, where a Silicon Valley-funded campaign to recall Chesa Boudin, the city’s district attorney, is built upon bogus claims that crime has exploded during his tenure. The end result, when these efforts succeed, is more arrests, more people in jail, and longer prison terms, all of which will inevitably fall hardest on poor people and people of color.

Corporations are not experts on crime statistics, nor are they honest brokers of it, and they shouldn’t be treated otherwise.