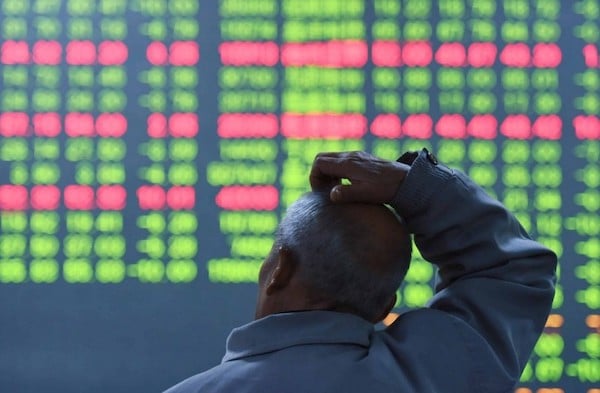 Last year, after a bone cancer diagnosis, my family was faced with the painfully difficult decision whether or not we should put down the family dog. We were told it was possible to extend his life through a series of painful and expensive surgeries and treatments, but there was no guarantee. It was not an enviable position.

Choosing when is the right time to let go is hard. The decision becomes much easier when the pain and suffering outweigh the benefits of living. Much like the life of the family dog, we’ve seen an economy on life support over the last 14 months—capitalism kept alive by injection after injection of public money. Are we ignoring the suffering it brings and simply keeping the system alive because we cannot imagine life without it? Is it time to let go?

When all is said and done, and COVID-19 is behind us, the government will have pumped nearly a trillion dollars into the economy through straightforward cash benefits and opaque, confusing programs like quantitative easing. All but a pittance of that money went directly to corporations and the business elite. Every step of the way, the lobbyists and CEOs were lined up with their hands out, begging for their piece of the pie.

It worked for those it was intended to. The investments of shareholders were saved, and more than that, they grew. Counterintuitively, the biggest corporations kept right along posting record profits. The TSX exploded, besting itself day after day. Already rich Canadians saw their net worths explode, with the 47 wealthiest growing their already expansive fortunes by $87 billion.

For working Canadians, the results weren’t quite the same. The Canada Emergency Response Benefit, that critical $2,000 a month, became a lifeline keeping working people afloat. It kept the machine of capitalism chugging along, giving the lowly wage earners among us the ability to maintain their status as consumers in the fragile ecosystem of our economy.

At a time when Canadians put their trust in the power of government at a level not seen in decades, it was maintenance of the status quo that prevailed, not “building back better.” The pain and suffering of our imbalanced economic system is still there—empowered by the pandemic response—chewing up the poor and bolstering the systems of white supremacy and wealth inequality.

Across our economy, the pain and suffering is more apparent than ever, with an ever increasing share of the wealth owned by the top one per cent, health outcomes for Canadians in poverty failing to improve in spite of universal access, and state sanctioned violence deployed on the most vulnerable as was on display in the removal of the homeless encampment in Trinity Bellwoods Park. For all the talk of “kinder capitalism” by CEOs who were colluding to reduce pandemic hazard pay just months before, the economy is as cruel as ever.

There has to be a better way. According to a recent survey by Navigator, Canadians recognize a deep need for change, with 72 percent saying that “capitalism should be reformed to be more inclusive or completely replaced.” That number should give bankers and politicians pause—Canadians won’t settle for a return to how things were before.

In the end, we chose not to put the dog through the pain and put him down humanely. It was what a life well lived deserved. Knowing it was what was best for him didn’t make it any easier. For all the societal benefits that capitalism has brought to Canada, building a foundation for our way of life, we find ourselves facing a similar choice. The free market brings more pain and suffering today than advancement to our society.

It’s time to begin to address the glaring issues in our economy and begin the transition away from the predatory economics of capitalism and towards democratic socialism—a system that will empower Canadians by democratizing our economy like we’ve democratized our government. To start, we have to put capitalism down. It’s the only humane thing to do.

Joe Roberts is a veteran political strategist in both the U.S. and Canada, Executive Director of the Centre for Canadian Progress, Co-Host of the political podcast New Left Radio, and Managing Director at Jewish Currents Magazine.