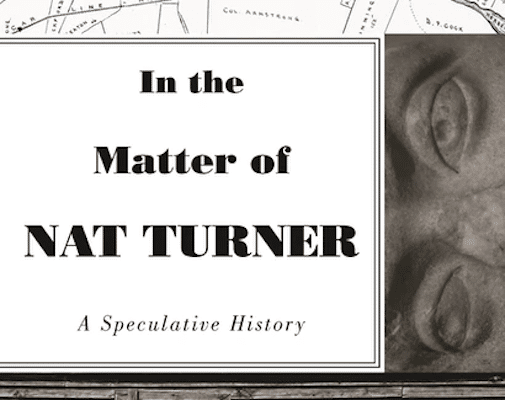 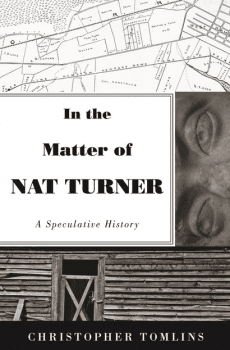 The last year has witnessed an extensive public conversation, from the 1619 Project in the New York Times to protests in the streets, about American historical memory. What stories do we tell about the past—especially when it comes to ingrained realities of racial subordination—and whose perspective gets to shape those stories? Into this moment arrives Christopher Tomlins’ profound new book, In the Matter of Nat Turner: A Speculative History. The book engages with the meaning of Nat Turner’s famous 1831 rebellion of enslaved Black workers in Virginia. But it aims at more than a factual retelling of the events. Tomlins seeks to narrate that history from within the self-understanding of Turner himself, offering an account in which—to the greatest extent possible—the oppressed can speak in their own voice and on their terms.

The result is a work that makes a number of essential scholarly and political interventions. For starters, In the Matter of Nat Turner is a powerful embodiment of how to actually go about producing historical writing that foregrounds traditionally excluded voices. As Tomlins indicates, the problem for such an undertaking is not simply that more conventional accounts ignore alternative available sources. The archival record itself often excised these perspectives in the first place. Those with the power of the pen either did not care to record such voices or did so—as with the Virginia lawyer Thomas Ruffin Gray’s pamphlet Confessions of Nat Turner—translated through the ends and values of the recorder.

For Tomlins, this creates a need to work at the edges of the archive in ways that are inherently “speculative.” The historian, by necessity, has to become a type of detective that teases out the moments and textual fragments when the person articulated their own claims. Only then can a wide range of those historically silenced actually be elevated into thinkers in their own right. With respect to Turner himself, Tomlins uses such detective work to push beyond the interpretations of Turner that others have imposed on him, either as irrationally “demonic” (according to nineteenth-century white enslavers) or as a secular and morally conflicted embodiment of armed political struggle (according to writers like William Styron, who wanted to find a palatable Turner for the twentieth century). For Tomlins, Turner first and foremost saw himself as engaged in a biblical project, drawn from his own understanding of the New Testament. His actions were motivated by religious faith. He believed himself to be a religious prophet charting the same path as Jesus Christ in the Gospel of Luke and saw violence as a millennial and redemptive instrument.

This retelling does not seek to produce a usable past for the present. Yet, following Walter Benjamin, Tomlins believes that it assists us in making explicit critical elements of our own time that may otherwise be left latent or buried. I would contend that Tomlins’ approach highlights the discursive constraints within which oppressed voices operate. Such groups often find themselves only able to gain acknowledgement from the dominant society so long as they make arguments and employ narratives that fit within dominant self-understandings. In seeking to tease out Turner in his own words, Tomlins asks us to wrestle with the untidiness of what such voices actually believed and the intense estrangement that oppressed groups continue to experience—given the contradiction between what they say and what their society is often willing to hear.

Beyond seeking to make sense of Turner on his own terms, Tomlins’ foregrounding of Turner’s prophetic views about millennial violence generates a striking critique of both law and capitalism. First, Tomlins’ analysis undercuts a common and ubiquitous juxtaposition of law in opposition to violence. Law and legal process are often depicted as sites of reason-giving meant to contain violent excess. Under this reading, events like Nat Turner’s rebellion amount to extra-legal violence outside the bounds of established frameworks for social resolution. For Tomlins, however, the rebellion was an act of counter-sovereignty, one that collapses that common juxtaposition. Turner’s faith-driven actions embodied a form of religious violence that challenged the basic legitimacy and foundational values of the existing secular state. His actions exposed the degree to which that state itself was a product of continuous racial terror, as expressed both in the brutal suppression of the rebellion and in the everyday operation of Virginian legality. It also highlighted how safeguarding the law from enslaved resistance required what Tomlins calls law’s “own work of death” (p. 125)—the killing and even mutilation of individuals like Turner. The slave-holding legal order did not reaffirm itself through reason-giving but by blunt force. For Tomlins, all of this speaks to the constitutive flaws in accounts of the law—including of contemporary liberal legality—that seek to keep court-based process uncontaminated by or separate from the coercive power that it ultimately imposes.

Second, to the extent that Turner’s religious act of counter-sovereignty tore the social fabric of slave-holding society, in the book’s final chapter Tomlins emphasizes the role of political economy in restitching that fabric. After the rebellion, white Virginian elites eventually rallied around a new account of slavery as a positive good. This account was grounded in the idea that labor should be viewed as a commodity like any other, which depending on climate and agricultural product may well take very different forms—including enslaved workers. Slave-holding elites defended the institution—not out of claims of paternalism—but precisely because of its wealth generating potential, such as through available markets in the deep South in which Virginian enslavers could sell human beings for significant profit. Tomlins’s reconstruction of these debates highlights the interconnected relationship between slavery and capitalism in the United States. It also speaks to a feature of capitalism often left under-explored—namely, the way in which market logic operates as a form of social cohesion in collective life, uniting various constituents through economistic reasoning about social relations and order. In contrasting Turner’s redemptive and prophetic project with this dehumanized vision of labor’s fungibility, Tomlins exposes a profound ethical hollowness in modern political economy—how its rationality can warp the relevant criteria for social value and judgement.

In the Matter of Nat Turner is a book teeming with insight. Tomlins’ provocative analysis of Turner’s own ideas will no doubt generate fruitful debate and have to be reckoned with by scholars in a variety of fields. But beyond that, Tomlins provides us with a powerful model for how to write history that both links individual biography with broader structural analysis and that centers the perspective of those long excluded.

Aziz Rana is the Richard and Lois Cole Professor of Law at Cornell Law School and the author of The Two Faces of American Freedom (Harvard University Press, 2014).