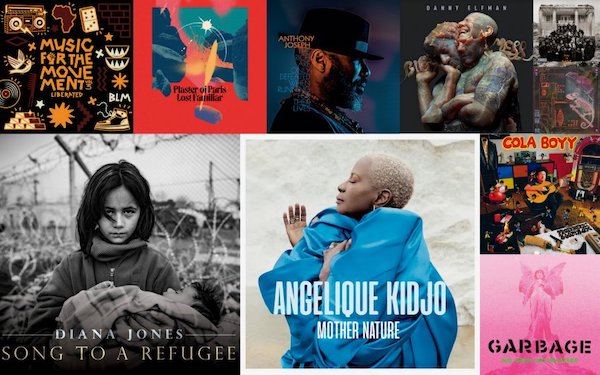 Here’s a look back at June’s political news and the best new music that related to it. You can also listen to a podcast of this column, including the music, here. 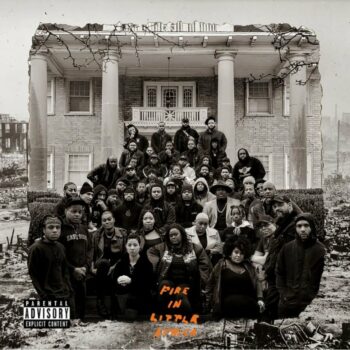 On June 1, the city of Tulsa in Oklahoma marked 100 years since white supremacists burnt to the ground a wealthy African-American suburb that had come to be known as Black Wall Street. To commemorate the occasion, a hip-hop collective calling themselves Fire In Little Africa released an album about the event, recorded in a Tulsa mansion previously owned by a local member of the Ku Klux Klan. The album’s producer, a PhD-toting academic who deejays as Dr View, said it wasn’t until he was 24 years old that he heard the history of Black Wall Street. “I’d finished two degrees,” he said. “Two degrees! And I’d just found out about it, and it was in my backyard … It was a wake-up call.” Also addressing the event is the new album by blues musician Guy Davis, on which he sings: “It ain’t right, no it ain’t right, what the white folks did in Tulsa on that night.” MORE>>> 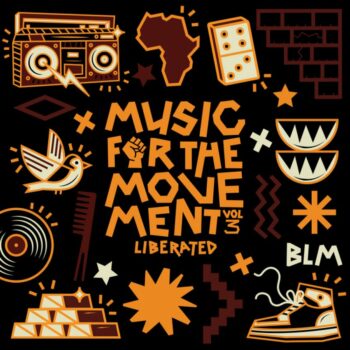 The Tulsa Race Massacre of 1921 is remembered annually as “Juneteenth“. But on June 17, US President Joe Biden got down on one knee to welcome a 94-year-old protester known as the “grandmother of Juneteenth” to the White House as he passed a law to make it an official holiday. The next day, a new EP was released “in celebration of Juneteenth”, featuring various award-winning Black artists. Highlights include actor and activist Yara Shahidi’s spoken word piece “To Be A Black Girl” and jazz saxophonist Kamasi Washington’s “Sun Kissed Child”, which aims to instil confidence and hope in Black children. However, as Biden basked in the recognition of making Juneteenth an official holiday, the song “New Jim Crow”, found on Aaron Mayer’s new album, served as a reminder that the President’s Democratic Party passed laws that led to the mass incarceration of Black people. MORE>>> 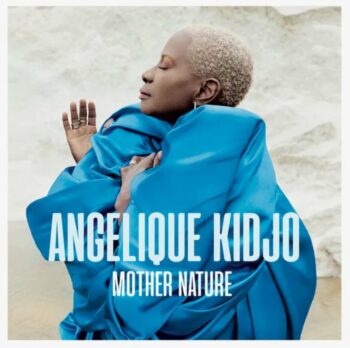 On June 8, the amount of carbon dioxide in Earth’s atmosphere reached its highest level in 4 million years. Three days later, revered African singer Angelique Kidjo released her new environmentally-themed album, Mother Nature. “Africa is on the frontline of climate change,” she said. “We’re seeing this, the devastation it’s causing … there needs to be more leadership to face up to this.” Noting that the coronavirus pandemic is another example of humans’ precarious relationship with the environment, she added: “You know we are all interconnected. What started in one place has spread absolutely everywhere, so the impact of our ways of life, our choices, affects us all. That’s why our solutions need to have unity … we have to come together to solve our problems.” But two days later, a G7 meeting of global leaders was slammed as a failure on coronavirus and the climate. MORE>>> 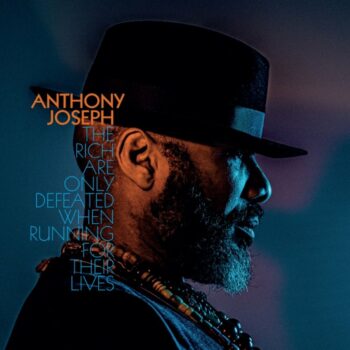 4. ANTHONY JOSEPH – THE RICH ARE ONLY DEFEATED WHEN RUNNING FOR THEIR LIVES

As Britain’s notoriously racist Prime Minister, Boris Johnson, cuddled up to cronies at the G7, London-based author, poet and jazz musician Anthony Joseph released his new album, which documents the Black British experience. On the song “Calling England Home”, the Trinidad-born musician and university lecturer recounts the stories of immigrants who arrived in England at different times. Each person, he says, had a difficult relationship with the idea that England was their home, shown in lyrics such as “Black and been here since 1949”, “I’ve lived here longer than home” and “how long do you have to live in a place before you can call it ‘home’?” The album’s title, The Rich Are Only Defeated When Running For Their Lives, is a line from Trinidadian theorist CLR James’s book The Black Jacobins, which analyses the Haitian Revolution. LISTEN>>> 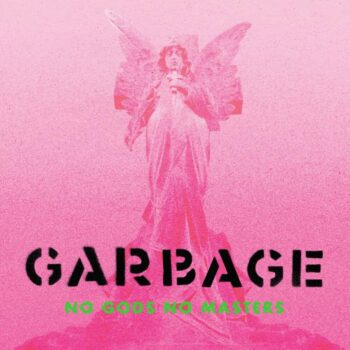 5. GARBAGE – NO GODS NO MASTERS

On June 11, chart-topping grunge band Garbage released their new album, which takes aim at the G7 leaders and their ilk. On album opener “The Men Who Rule The World”, singer Shirley Manson seethes: “The men who rule the world have made a fucking mess. The history of power, the worship of success. The king is in the counting house, he’s chairman of the board. The women who crowd the courtrooms all accused of being whores. The fleecing of the people all the fucking time. They call it self-preservation, but we call it a crime.” The band’s drummer, Butch Vig — who famously produced Nirvana’s hit 1991 album Nevermind – called Garbage’s new album, which also tackles racism and misogyny, a “reflection of just the insanity that everybody is dealing with, not just here in the US, but everywhere around the world. It’s the most social-political record we’ve made.” LISTEN>>> 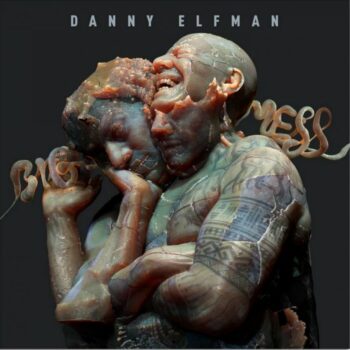 Also taking aim at the mess made by political leaders is Big Mess, the new album from famed film composer Danny Elfman, released on On June 11. On his “first solo work in more than 30 years”, the former Oingo Boingo singer — best known for his soundtracks to films such as Batman and The Nightmare Before Christmas — tears strips off the likes of former US president Donald Trump. “I was so angry and frustrated with what was happening in America,” Elfman said. “I felt like we were living a sequel to George Orwell’s 1984 [called] 2020.” On “Choose Your Side”, he sings “my imagination never saw this” as he interweaves samples from speeches by the 45th President. The experimental, progressive rock album was released just days after Trump shut down his new blog, infuriated that it wasn’t getting as much traffic as he would gain on the social media sites from which he is now banned. LISTEN>>> 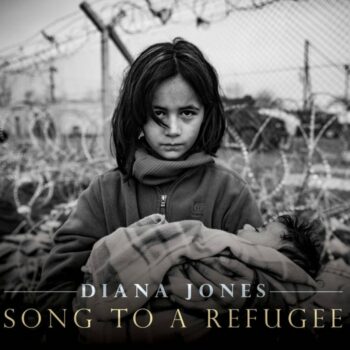 7. DIANA JONES – SONG TO A REFUGEE

On June 7, US Vice President Kamala Harris channeled Trump’s xenophobia as she warned would-be migrants trying to enter the US at its southern border: “Do not come.” That drew criticism from her fellow Democrat Alexandria Ocasio-Cortez, who said: “First, seeking asylum at any US border is a 100% legal method of arrival. Second, the US spent decades contributing to regime change and destabilisation in Latin America. We can’t help set someone’s house on fire and then blame them for fleeing.” Four days later, US musician Diana Jones’s asylum-themed album, Song To A Refugee, was released in the US. The album’s centrepiece, “We Believe You”, was inspired by a statement from Ocasio-Cortez. “It’s important that we have people in our lives who believe us,” said Jones, who was adopted at birth. “Especially for traumatised people — people who, in this case, are being demonised.” LISTEN>>> 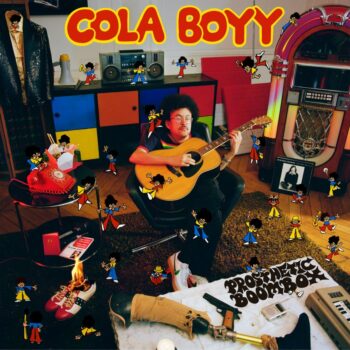 On June 23, the Australian government granted temporary visas to an asylum-seeking Tamil family that it has long demonised. Knowing such a move would stop the damning headlines the story had been generating worldwide, the government stopped short of allowing the family to return to Biloela, the small Queensland town where they had been living for years as valued members of the community. Five days earlier, US musician Cola Boyy released his new disco-themed album, whose opening track, “Don’t Forget Your Neighborhood”, stresses the value of community. “I want my music to bring people together, because standing together is our best chance at fighting this shit show,” said the artist, who was born with spina bifida. “The working class are injured, struggling to pay rent and struggling to put food on the table. I want to represent that.” LISTEN>>> 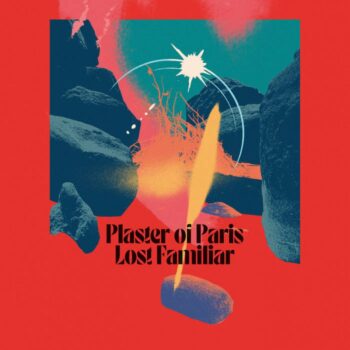 Also standing up for the oppressed were Melbourne feminist punks Plaster of Paris, whose long-awaited debut album was released on June 23 to deserved acclaim. “I cannot stop my feminist fire because that rage is always there,” said vocalist and songwriter Zec Zechner. “A lot of songwriters write in third person, as though they’re telling a story about another person, but for me it’s very first person; it’s always diarised.” The immaculately-made album came as Australia’s climate change-denying former deputy Prime Minister, Barnaby Joyce, returned to the role. He also joined a committee investigating sexism in Parliament, despite the fact he was stood down amid accusations of sexual harassment. Days after his return, documents were released detailing an alleged rape by Australia’s former attorney-general, who is now the country’s Minister for Technology. LISTEN>>> 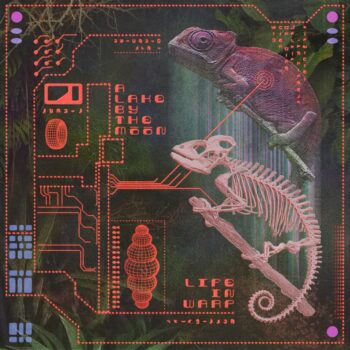 On June 5, Chris Gambian from the New South Wales Nature Conservation Council told a rally in Sydney: “Koalas in NSW are on death row. Business as usual is simply no longer an option.” Hundreds of people joined the call for the NSW government to take urgent action to protect the native animals and their habitat. But days later, the state budget allocated just $193 million over five years to protect koalas, while putting $30 billion towards infrastructure, including roads, in the next year alone. On June 22, UNESCO moved to list Australia’s Great Barrier Reef as “in danger” as protests continued against Adani’s reef-threatening coal mine. A sad swansong for such threatened wildlife comes in the new album from electronic artist A Lake By The Moon, which is made up entirely from samples of endangered animals and ends with the lone song of the last remaining Kauai O’o bird. LISTEN>>>

Mat Ward has been writing for Green Left since 2009. He also wrote the book Real Talk: Aboriginal Rappers Talk About Their Music And Country and makes political music. This year, he released a concept album about the controversial mission to make humans an interplanetary species.