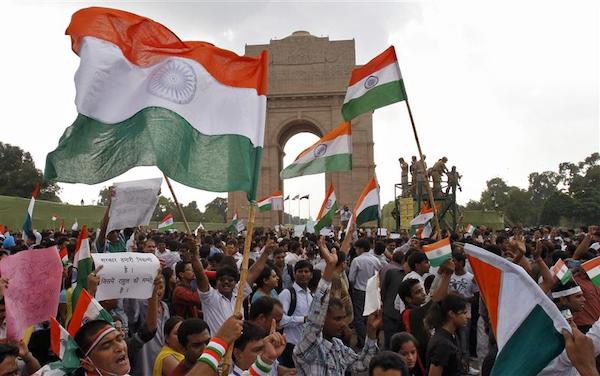 If a state wants to perpetuate the reign of a ruler or his ideology, it could simply crush its citizens. This method suits brazen dictatorships. However, states that wear a veneer of democracy are cleverer: they abuse their legal system to oppress citizens in a ‘legal’ way.

The law in India has been weaponised by the state as the most effective tool of persecution of all those who dissent. We are now in a paradoxical situation where constitutional values professed by the state are being violated in the name of upholding the law. The Indian state is shooting from the shoulder of law to murder justice.

The state is feared, not respected

Far from being the most important ‘service arm’ of the state, the role of the law enforcement agencies, whether the state police, CBI, NIA, ED or NCB, etc., has been reduced essentially to the proverbial midnight knock at the doors of citizens, whisking them away, or implicating them in false cases that would see them running to the courts for years on end with their lives and livelihoods destroyed in the process.

Law enforcement having metamorphosed into the dreaded ‘coercive arm of the state’, means that the ‘thought’ comes from the state, which, in turn, is executed by the ‘muscle’ of law enforcement. The Indian state and its law enforcement agencies have come to be feared, not respected–and that, dear countrymen is the real tragedy of our democracy.

In dictatorships, they called them the “enemy of the people”. We call them by more colourful names, like anti-nationals, ‘desh ke gaddaar’, ‘tukde-tukde gang’, ‘jihadis’, ‘urban Naxals’, ‘ISI agents’, ‘speaking Pakistan’s language’, etc.

The Indian state today seems to proclaim that everything in the country is in danger–whether it is religion, culture, communal harmony, or public peace and tranquillity. When these things are not threatened, the unity and integrity of the country, internal security or its development are threatened. Every day we find political leaders exhorting people to maintain the ‘unity and integrity’ of the country against ‘internal threats’. What are those internal threats and what creates them, no one knows. What is so ‘uniquely fragile’ about our unity and integrity after 74 years also that we are obliged to reinforce it every day, we don’t know.

Things, which could endanger national security range from 280 character tweets to WhatsApp messages, emails, and Facebook posts, to articles, books, songs, plays, and films–people have been charged for criticising a yoga guru, saying cow dung does not cure Covid, cheering Pakistan’s cricket team, cartoons, and not standing up in a cinema when the national anthem was being played. When the state cannot invoke sedition or the UAPA, they can always accuse someone–typically a victim–of hurting religious sentiments or inciting disaffection amongst communities. Witness the cases filed recently against those who described the allegations the old Muslim man levelled about the attack he was subjected to in Ghaziabad.

The majoritarian narrative is seldom questioned by the state, and majoritarian violence is seldom punished. Recently, according to media reports, highly inflammatory speeches calling for the mass murder of Muslims and the kidnapping of Muslim women were allegedly made during a mahapanchayat at Pataudi, Haryana by Suraj Pal Amu, a BJP spokesperson and some private individuals including a man accused of firing at Jamia Millia University last year. Though these are all cognisable offences, the police say it has not acted because no one has filed a complaint yet.

The troll army, acting allegedly at the behest of the ruling party, pounces upon the slightest hint of dissent. To them, dissent questions the authority, the supposedly infinite wisdom of somebody, raised to the status of a demigod–and is therefore sacrilegious. Trolls regularly tag the offices of the prime minister, the home minister and the police, demanding registration of cases against their targets. The Indian state, on its part, seems to be deeply apprehensive of a ‘domino effect’ in relenting to any demand arising out of dissent. Thus a vicious cycle is established.

The state and its insecurities

Are we not ashamed of the sheer ridiculousness of the situation we present? Are we trying to tell the world that a nation of 1.39 billion people, which pretends to be a ‘Vishwaguru’ (teacher of the world), starts tottering and its people start boiling over a few words? If the country is supposedly full of such people whose sentiments sit on a hair-trigger or are treacherous, then probably we are not fit to continue as a nation.

The Indian state does not seem to have the moral courage to admit that it suffers from so much insecurity that it wants to snuff out any whiff of dissidence by creating the bogey of ‘nation, religion or culture in danger’.

The rulers seem to suffer from insecurities because, deep down in their hearts, they know that all they have done is the collective brainwashing of the masses and, except for a slick propaganda bombardment from every possible medium, they have nothing tangible to show.

Clever elected leaders kill democracies by subverting the institutions of democracy quietly. As Steven Levitsky and Daniel Ziblatt note in How Democracies Die, this may be less dramatic but equally destructive; it erodes democracies slowly, in barely visible steps so that generally, no alarms go off in the collective consciousness.

Over the years, they have perfected the techniques of intimidating and muzzling the media; selective targeting of political and ideological opponents and minorities by implicating them in false cases; demonising migrants or anybody the majority describes as ‘others’; exploiting a distorted historical narrative of ‘victimhood’ amongst the majority; and abusing the laws by invoking the bogey of national security at the drop of a hat.

They also claim to be the sole embodiment of ‘people’s will’, which provides them with the license to commit atrocities in the name of satisfying ‘collective conscience’ or ‘setting right historical wrongs’.

The tragedy of this country is that the people no longer find it incongruous, if not outright shameful that a chief minister, who is supposed to uphold the rule of law, proudly proclaims that criminals will be killed in encounters (thok diya jayega).

The remarkable alacrity with which baseless cases are being registered against journalists and media houses for reporting anything that shows the state in a bad light, makes one feel that another phrase ‘case kar diya jayega’ (a case will be filed against you) has been added to their armamentarium. In other words, the state is running permanently on a ‘punishment mode’.

The most effective method of subjugating the people in general and dissidents, in particular, is to hit them where it hurts the most–deny them justice. A clever exploitation of the criminal justice system is the key to this process while the state rides a moral high horse. The ministry of external affairs has responded to global criticism by saying that everything which took place in the run up to the custodial death of Father Stan Swamy was “strictly in accordance with the law”.

The primary objective of the Indian state seems to be to keep the people terrified of the state and thus permanently subjugated. They know it well that, given the tortuously long process of criminal justice, the process itself is a punishment, even if you are acquitted years or decades later.

Laws to torment and subjugate

Precisely for this reason, the Indian state has enacted a vast number of laws. They can always find some obscure law under which you can be booked for anything. In the 19th century itself, Justice Holloway of the Madras high court had warned that the British were ‘over-legislating’ the colony and it was inherently bad as they would be abused to oppress the people. The imperialists did not listen to him for obvious reasons. The Indian state not only hung on to the powers of the colonial regime, it amplified them. 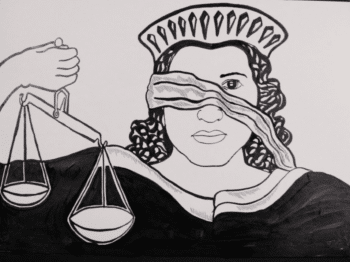 We need not speak about the abuse of sedition and UAPA, etc., as everybody knows them. The Indian state excels in abusing even less powerful laws.

For example, Section 505 in the original Indian Penal Code of 1860 was intended basically for ‘protecting’ the military from rebellious rumours–a genuine concern from the point of view of the British in the backdrop of the recent Mutiny of 1857. Indira Gandhi knew that in independent India there was hardly any possibility of someone trying to subvert the military by rumours, etc. As such, the Section would have been of little help to a dictatorial state masquerading as a democracy. Hence, she amended it in 1969 vide Section 3, Act 35 of 1969 to include every member of the public in its ambit so that a much larger number of people could be persecuted for practically anything they did.

The absence of laws also serves the purpose

In spite of having signed the Convention against Torture and other Cruel, Inhuman and Degrading Treatment or Punishment (as adopted by the United Nations General Assembly on December 9, 1975) on October 14, 1997, India has not ratified it by enacting an enabling legislation to reflect the definition and punishment for ‘torture’, and bring domestic laws in conformity with the Convention. The Indian state has deliberately not enacted a law on this because they do not want to let go of this potent tool of oppression and silencing political dissent.

The intolerance and insecurities of the Indian state are acutely reminiscent of the despot Kamsa, the maternal uncle of Lord Krishna. Kamsa was afraid of newly-born infants; our modern state is afraid of young college girls and octogenarians.

The Roman tyrant Caligula, known for his cruelty, extravagance and perversions had said, “Let them hate, so long they fear”. It was never as true as for India of 2021–fear seems to have become the primary tool of governance for the ‘republic of fear’.

Dr. N.C. Asthana is a retired IPS officer and a former DGP of Kerala. He tweets @NcAsthana.