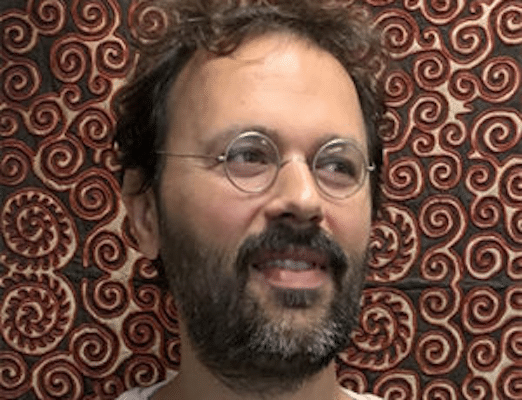 Marcello Musto, professor of sociology at York University is recognized as a leading global authority on the work of the German philosopher Karl Marx and on Marxism. An accomplished scholar, Musto has devoted his academic career to reviving the understanding of Marx’s ideas and their applications to the contemporary world.

Driven and passionate about the significance of Marx’s contributions in politics, sociology, the critique of political economy and philosophy, Musto has delivered seven books within the last three years. Each of them focuses on a different aspect of Marx’s work and highlights his relevance for finding alternative solutions to the most pressing current issues of capitalism.

Musto’s newest book, titled Rethinking Alternatives with Marx: Economy, Ecology and Migration (Palgrave Macmillan, 2021), presents a Marx that is in many ways different from the one popularized by the dominant currents of 20th-century socialism. This volume aims to generate a new critical discussion of some of the classical themes of Marx’s thought and to develop a deeper analysis of certain questions to which relatively little attention has been paid until recently. Among them there are Marx’s points of view about ecology, migration, gender, labour movement, globalization, social relations and the contours of a possible alternative to liberalism. The chapters assembled in this book suggest that today Marx’s analyses are arguably resonating even more strongly than they did in his own time.

The anthology Karl Marx’s Writings on Alienation (Palgrave Macmillan, 2021) offers an innovative reading of the theory of alienation, which occupied a significant place in the work of Marx and has long been considered one of his main contributions to the critique of capitalist mode of production. In this volume, Musto has concentrated his selection on Marx’s later economic works, where his thoughts on alienation were far more extensive and detailed than those of his earlier philosophical writings. Additionally, the materials contained in this new book offer valuable insights about Marx’s conception of communist society and the fundamental role of individual freedom. The anthology includes an extensive introduction written by Musto dedicated to the birth and the development of the concepts of alienation, commodity fetishism and reification.

Musto’s most recent monograph, The Last Years of Karl Marx: An Intellectual Biography (Stanford University Press, 2020), investigates Marx’s theoretical insights from the final, mostly unexplored years of his life. In what many describe as a definitive work on the last phase of Marx’s intellectual development, there are clear indications that not only he had not ceased to write, as it has been wrongly assumed for a long time, but, on the contrary, that he extended the range of his research into new disciplines and directions. Based on unfinished manuscripts that remain unavailable in English, on excerpts from his readings, and on letters of the period 1881-83, Musto lays rest the myth that Marx was a Eurocentric and an economic thinker fixated on class conflict alone. In his final years, the revolutionary who lived most of his life exiled in London, dedicated his attention on anthropological discoveries, analyzed communal forms of ownership in pre-capitalist societies, strongly opposed to colonial oppression in India, Algeria and Egypt, and considered the possibility of revolution in non-capitalist countries. Musto argues that all this allows an interesting reassessment of some of Marx’s key concepts. Originally published in Italian, in 2016, this book has already been translated into 14 languages.

For those interested in gaining new insight into Marx’s renaissance around the world, The Marx Revival: Key Concepts and New Interpretations (Cambridge University Press, 2020) is a collection of 22 essays penned by international experts of this thinker that have been compiled and edited by Musto. The book offers a comprehensive guide to the importance of the author of the Communist Manifesto in understanding the major economic and political issues of our times. The contributors argue that Marx, freed from the association with Soviet Union and updated considering the changes since the late 19th century, has still a lot to teach us. Written in a clear form and accessible to a wider public, this volume brings together the liveliest and most thought-provoking contemporary interpretations of Marx and explains the reasons why his work is so relevant in today’s world.

The collective volume Marx’s Capital after 150 Years: Critique and Alternative to Capitalism (Routledge, 2019) arises from the largest international conference held in the world to celebrate the 150th anniversary of Capital’s publication in 1867. The book is divided into three parts: I) “Capitalism, Past and Present”; II) “Extending the Critique of Capital“; III) “The Politics of Capital” and contains the contributions of globally renowned scholars who offer diverse perspectives and critical insights into the interpretation of such a seminal text and of the principal contradictions of capitalism. While pointing to alternative economic and social models, the authors of this volume reconsider the most influential debates on Capital and provide new interpretations of Marx’s magnum opus considering themes rarely associated with it, such as gender, ecology, and non-European societies.

The edited book Karl Marx’s Life, Ideas, Influences: A Critical Examination on the Bicentenary (Palgrave MacMillan, 2019) is a collection which showcases a lot of the latest global scholarship on Marx and his legacy.  It contains 16 chapters from multiple academic disciplines and is divided into two parts: I) “On the Critique of Politics”; II) “On the Critique of Political Economy.” The volume represents a source of great appeal for both expert scholars of Marx as well as students and general readers who are approaching his theories for the first time.

Finally, the monograph Another Marx: Early Manuscripts to the International (Bloomsbury Academic, 2018) reconstructs the intellectual trajectory behind Marx’s main sociological and political ideas from his youth to the militancy in the International working Men’s Association. Built on the most recent textual acquisitions of the MEGA² – the historical-critical edition of the complete works of Marx and Friedrich Engels that has resumed publication in 1998 – this book offers an innovative examination of Marx’s ideas on post-Hegelian philosophy, alienated labor, the materialist conception of history, research methods, the theory of surplus-value, working-class self-emancipation, and class political organization. From this emerges “another Marx,” a thinker very different from the one depicted by so many of his critics and ostensible disciples.

Marcello Musto. In addition to his focus and extensive writings on Marx and Marxism, Musto’s research explores alternative socio-economic ideas, socialist thought, the history of the labour movement, and contemporary European politics. His writings–available at marcellomusto.org–have been published worldwide in 25 languages. Musto’s forthcoming books include Travels with Marx: Destinations, Encounters, and Reflections (Europa Editions) and The Routledge Handbook of Marx’s ‘Capital’: A Global History of Translation, Dissemination and Reception (Ed. with Babak Amini, Routledge), both scheduled for 2022. Stay tuned. Follow Musto on Twitter @MarMusto.