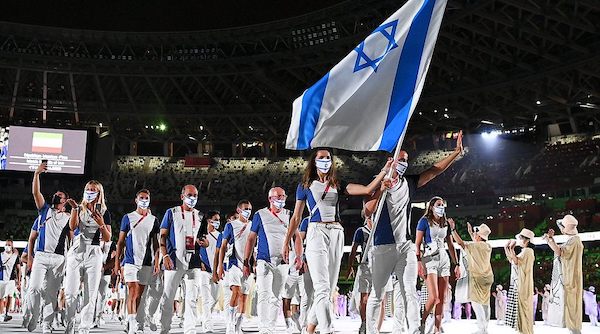 This report in the respected Israeli daily Haaretz is astonishing. It turns out that Israel’s 90-member delegation to the Tokyo Olympics did not include a single Palestinian citizen of Israel—even though they constitute one-fifth of the country’s population within the 1967 borders.

Let’s pause for a moment, and let this sink in. Black Americans make up about 12 percent of the U.S. population. But even in the terrible days of U.S. segregation, African-American athletes had at least been stars on our national teams. Runner Jesse Owens won 4 gold medals at the 1936 Berlin Olympics, angering Adolf Hitler. (Another black medal winner that year, Ralph Metcalfe, went on to a distinguished political career in Chicago.) In the 1960 Rome Olympiad, Wilma Rudolph won the 100-meter, the 200-meter, and anchored the gold medal-winning 4×100 meter relay. A brash young boxer named Cassius Clay won gold in the light heavyweight division that same year, before turning pro and becoming better known as Muhammad Ali.

In the Haaretz article, reporter Jack Khoury, himself a Palestinian citizen of Israel, said he is not arguing “for the inclusion of Arabs just because they are Arabs.” But he goes on to explain:

No Arab community has the infrastructure for any sport that could provide local athletes the basis they need to progress to an international level. If an Arab athlete wishes to reach this standard, he or she must move to a Jewish community and depend on their family’s financial support, since there is no sponsor or organization that would support them. Many talented athletes in Arab communities have given up their dreams due to the costs involved.

Khoury says there is another problem: Palestinian citizens of Israel “are not migrants, but their loyalty and citizenship are often viewed with suspicion. This is why an Arab athlete can sometimes excel on a soccer team, but the Olympics, the Mount Olympus of sports, is closed to them.”

It is also worth remembering that if an Arab citizen were to join the [Olympic] delegation and win a medal, they would have to decide whether they could receive it against the backdrop of a flag and anthem that represents only the majority of this country, rather than all its citizens.

“Sports Apartheid” is the correct term for preventing 20 percent of your fellow citizens from competing internationally. What’s also amazing is that until now, no one in the U.S. mainstream press has even bothered to report on this injustice. Finally, Roger Cohen at the New York Times did recently start describing the discrimination that Palestinian citizens of Israel experience, but he and his colleagues have plenty more reporting to do.

Arab citizens are only watching the Games on television, and will apparently continue to do so for many more years.