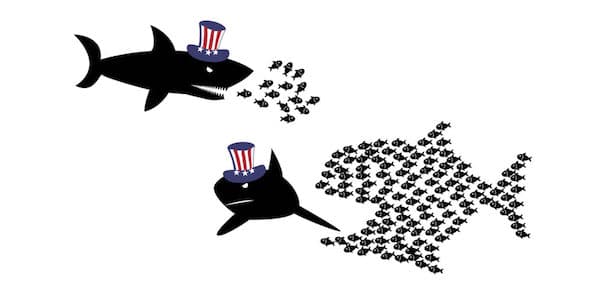 The dog-whistle calls of “Freedom for Cuba” that reverberated round the world on 11 July, emanating from a mix of forces in Cuba, which were carefully manipulated and crafted by the CIA and U.S. anti-Cuban forces abroad, shed a great deal of light not only on U.S. foreign policy hypocrisy but on left-wing hypocrisy and impotence, both here in Ireland and elsewhere.

This is not the first time that those who are deemed to be on the “left” have come out in support of the imperialist narrative, cloaked in their insistence on supporting the “real workers” or the “real democratic movements,” as if, in the case of Cuba, the up to 7 million people (7 out of 8 voters) who voted to support the Cuban government and continued revolution are mere pawns while the few thousand dissenters are the tortured voices of the oppressed workers under a communist dictatorship hell-bent on suppressing the working class.

Of course it’s all too easy to be hoodwinked by imperialism, to support an imperialist agenda and narrative; but for those who claim to be “Marxist” and “anti-imperialist” it is unforgivable. A more optimistic opinion might be that exposing hypocrisy may help recalibrate their analysis of imperialism, as Marxism without an understanding of imperialism is like beating a drum with no skin: it just rings hollow.

However, the point of this article is not to point fingers about the statements and position of parties, groups or individuals when it comes to imperialist hegemony and foreign policy objectives but rather to highlight how deeply that hegemony is instilled and to articulate a united anti-imperialist position that attempts to circumvent that hegemony.

Since the dismantling of socialism in eastern Europe in the early 1990s, the United States, together with its NATO allies, has created what Vijay Prashad, director of the Tricontinental Research Institute, terms a “unipolar” world, an imperialist hierarchy with the United States at the helm, where, above all else, the capitalist mode of production dominates the global economy, whereby a small minority leeches on the material and intellectual resources of the vast majority.

Within those thirty years or so we have witnessed at first hand, on our television and our phones, the bombing and destruction of cities and civilisations, where any threat or any sovereign move by a country to forge an independent path outside the influence of U.S. hegemony and its dollar currency has been met by interference, sanctions and, where necessary, military interventions and invasions.

They have, without any hesitation, punished non-compliance, through aggressive economic and diplomatic sanctions, embargoes, and blockades, causing untold torture and turmoil to the local population.

The United States and its allies, again without any qualms, bomb and invade outright defiance either through direct military action or through supporting, financing and arming their domestic allies, no matter how reactionary or extreme those allies are.

According to the Stockholm International Peace Research Institute, the United States spends more on “defence” than the next eleven countries combined, with expenditure for 2020 reaching $778 billion.1

This massive stockpile and investment in military and defence ensures that the United States rules supreme. It maintains more than eight hundred military bases around the world, and more of the focus and concentration of those bases is being directed eastwards, where “the United States currently has four hundred military bases and some 375,000 command personnel (military and civilian) in the Indo-Pacific encircling China, including more than eighty thousand troops stationed in Japan and South Korea.”2

The United States is shifting its forces from the Middle East further eastwards, for very good reason. Since the Great Recession in 2008 a shift in the balance of global forces has appeared, whereby the United States and other Western capitalist economies have been receding or have remained stagnant while China, with its economic success, both in growth and in lifting more than 850 million people out of poverty since 19723 and, importantly, in being able to insulate itself from the effects of the financial crash, has meant that the balance of forces has begun to shift towards a more “multi-polar” world, where the dominance and hegemony of the United States and its NATO allies is under threat and beginning to wane.

China, along with other countries in both the global north and south, are not toeing the line in relation to what the United States terms a “rules-based international order” (i.e. rules based on what Washington dictates). Instead China is advocating “a broad UN-based order of sovereign states underpinned by international law (traditionally referred to as the Westphalian system).”4

This shift in rhetoric and diplomatic relations has signalled what John Bellamy Foster, in the July–August edition of Monthly Review, has forecast as the “new cold war on china,”5 where China is not willing to bow to U.S. pressure but instead is insisting that it will pursue a policy based on the principles of equality and sovereignty, rather than supporting the U.S. policy of interference in the internal and sovereign affairs of states that don’t comply with its international rules.

It could be argued that the crux of the problem for many on the left, especially in Western countries, Ireland included, is that the focus of attention is on the country in the cross-hairs of imperialism and what it is or isn’t rather than on the aggressive imperialist agenda in order to maintain hegemonic power; that is to say, there is a clear lack of understanding of imperialism and, conversely, anti-imperialism.

What the Chinese socialist project is or isn’t really is not our main concern in our own anti-imperialist struggles. Absolutely there are things to be learnt from the lived experience and revolutionary lessons of other countries, and it isn’t to say we must blind ourselves to what is going on within the balance of forces of other countries; but at the end of it all it is only an academic exercise, as we do not control or have influence on the development of those countries.

In fact no socialist project, no matter its infancy or level of development, should be the centre of our concern, and in a lot of ways taking hard-and-fast stances in a unipolar era, without a clear understanding of imperialism, will only lead to exploiting divisions within our own ranks, causing splits and other organisational hazards, ultimately stunting the growth and development of our own anti-imperialist movement.

What is of real benefit to other countries that have and will be targeted by imperialism is not our analysis of their country, of their political system or socialist project, but having a deeper understanding of the nature, influence, strategy and tactics of imperialism and the imperialist powers, which have constantly and historically undermined the sovereignty of states, which seem to come out of a one-page playbook of U.S. imperialist intervention.

What those countries need is for us to give real material support for their sovereignty, their insistence on self-determination, their dignity to live among the nations of the world without fear of interference, domination, or threat of war and invasion.

We witnessed this type of solidarity in the call for support for Cuba by the Cuban ambassador to Ireland, Hugo Ramos, as the CPI, the Cuban Solidarity Forum, the Peadar O’Donnell Socialist Republican Forum, Sinn Féin, the Workers’ Party and other left forces rallied in numbers all over Ireland in late July, defending the Cuban government and its revolution.

What Cuba and other countries under the domination of U.S. imperialism need more than anything is for us to undermine capitalism at home and develop our own strong, disciplined anti-imperialist forces, which weaken the position and control of imperialist hegemony.

As a communist party, as a left-wing anti-imperialist movement, it is our duty to understand the balance of forces, both nationally and internationally. Since the demise of the Soviet Union and the socialist bloc as a counterbalance we have witnessed the era of perpetual wars. Countries in Latin America, the Middle East, Africa and Asia and indeed some of the former socialist bloc have had to endure this rule in some of the harshest and cruellest forms imaginable, employing the most violent mercenary, fascist and other extremist forces, through variations of economic starvation, regime-change wars and insurrections, to the bombing and destruction of entire cities and infrastructure, causing untold hardships for the citizens of those countries.

Now is not the time to be hesitant about supporting nations that are trying to break or de-link with that unipolar world, no matter how “socialist” or “Marxist” we conclude them to be or not to be and whether or not we deem them worthy of support. Now is not the time to cast moral or intellectual judgement on the purity of anti-imperialist struggles or socialist projects that are under way in many regions round the globe. Our goal is to bring an end to the barbaric capitalist system, and our duty must be to give support to those countries that are being targeted by U.S. imperialism, whether that is Cuba, China, Venezuela, Nicaragua, Syria, Palestine, or any other country within the crosshairs of the United States and its allies.

Our support should be given to the sovereignty of those nations that are attempting to create, first and foremost, a multi-polar world, a world of economic alternatives, to weaken the hegemonic rule of the United States and its allies, to stop them suffocating popular and democratic people’s movements and to let them live.

If these political movements and governments are given the political and economic space in which to advance without fear of interference, sanctions, blockades, embargoes and invasions, then not only does it allow economies to develop unhindered but it also opens up the opportunity for more socialist projects to be ignited. We can, without much controversy, affirm and unite to support the broad UN-based order of sovereign states, underpinned by international law of sovereignty and equality, rather than supporting a U.S. “rules-based international order,” without undermining and splitting our own forces in the process. By upholding this as a basis for an anti-imperialist position we can, as a starting-point, be able to begin to circumvent and undermine U.S. imperialist global hegemony and declare that another world is possible.