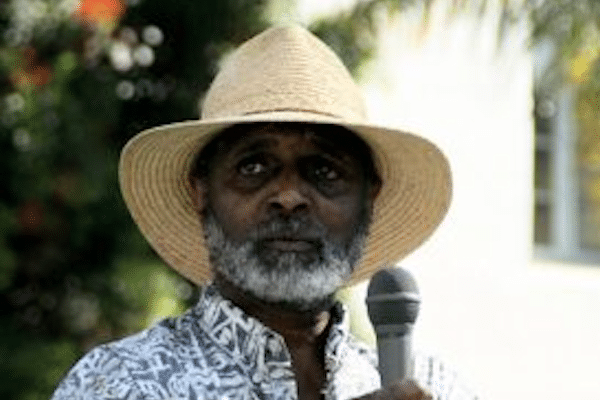 Cedric J. Robinson was a political scientist, a scholar, a radical theorist, but more importantly, an activist and political organiser. Born in Oakland, California, on November 5, 1940, Robinson attended the University of California, Berkeley in 1963 studying Social Anthropology. Here, he gained a reputation as a political activist and became one of the leaders of the NAACP (National Association for the Advancement of Colored People) campus chapter. With a focus on anti-racist and anti-imperialist political organising, Robinson was involved in numerous struggles on campus eventually being suspended by the administration for six-months.

In this time he travelled to Mexico (his second choice after Cuba), learned Spanish, lived and learned among the urban and rural poor, radicalising him further and altering his perspective on the nature of capitalist imperialism in the global south and the struggles of human liberation. Writing on his experience he said,

I have seen in four days more poverty, deprivation and practical deformatity of the human condition than  thought possible. The villagers of the Western coast are not indolent or inferior, but have been simply defiled to the point of becoming pitiful robots, mechanised to their expecting duties and roles.

Robinson would eventually complete his degree and go on to complete an MA in Political Science and a PhD in Political Theory, challenging the basic concepts of the entire discipline so much so that some members of his PhD panel resigned. Later on in his career, Robinson became the director of the Center for Black Studies Research and joined the Political Science Department at the University of California, Santa Barbara (UCSB). He went on to create a life-long association with anti-racist organisations such as the London based Institute of Race Relations, writing for its journal Race and Class, and working with A. Sivanandan, Colin Prescod, Hazel Waters, Paul Gilroy, and C. L. R. James among others (Robin Kelley, 2016).

Always, however, Robinson’s focus was on the possibilities of human action and its ability to affect change so as to create alternatives to the ongoing oppressive social forces of racism, capitalism, imperialism and colonialism. Despite Robinson being closely associated with the concept and framework of Racial Capitalism, he only spent one chapter on this in his most famous book, Black Marxism: The Making of the Black Radical Tradition (although he investigated its structure and historiography in other works).

More profoundly, Robinson was interested in the practices of existence and liberation that existed outside the theorisations and imaginaries of European intellectual and political traditions (including in this attack Liberalism, Marxism, and Anarchism). Traditions and frameworks that he described as maintaining an “insistence [which] stemmed largely from their uncritical application and the unquestioned presumption that regardless of their historical origins they were universal” (Black Marxism, 1983, p. 167).

His first book, The Terms of Order: Political Science and the Myth of Leadership (1980), was an extension of his PhD thesis, Leadership: A Mythic Paradigm. It is described by Robin Kelley as having “demolished the Western presumption that mass movements reflect social order and are maintained and rationalised by the authority of leadership. Critiquing both liberal and Marxist theories of political change, Robinson argued that leadership and political order are essentially fictions… [Concluding] that it is not enough to reshape or reformulate Marxism to fit the needs of Third World revolution, but that we must reject all universalist theories of political and social order” (Amarigilio et al, 2019, pp. 158-159). In other words, Robinson recognised that the total configuration of human experience required other forms of existence, resistance and therefore other forms of analysis and knowledge so as to comprehend their meaning and continuing importance for social and political liberation.

This was the ultimate intention of Black Marxism (1983) which is too often read as simply a critique of Marxism from a Black Radical perspective. Black Marxism’s deeper meaning worked to illuminate not only the existence of a Black Radical Tradition, both socially among mass movements and intellectually in its academic ideologues (such as W.E.B. Du Bois, C.L.R. James, Richard Wright, Angela Davis, Walter Rodney, Aime Cesaire), but the existence of a system of ideas, of knowledge, of culture, of resistance which emerged independently and organically of European society.

Stating “The social cauldron of Black radicalism is Western society. Western society, however, has been its location and its objective condition but not-except in a most perverse fashion-its specific inspiration. Black radicalism is a negation of Western civilisation, but not in the direct sense of a simple dialectical negation… Black radicalism, consequently, cannot be understood within the particular context of its genesis. It is not a variant of Western radicalism whose proponents happen to be Black. Rather, it is a specifically African response to an oppression emergent from the immediate determinants of European development in the modern era and framed by orders of human exploitation woven into the interstices of European social life from the inception of Western civilisation” (Black Marxism, 1983, pp. 72-73).

Despite criticisms of being Black-centric or essentialist, Robinson’s view of the ability of the masses of people to not only envision worlds beyond the material conditions of oppression but to actively make those worlds a reality extended to other traditions such as European Socialism. A tradition he saw as related to, but not dependent upon, the development of Marxism as an intellectual, ideological or political movement in 19thcentury Europe. In his 2001 book, An Anthropology of Marxism, Robinson criticises Marx and Engels for not including radical previous iterations of the Socialist tradition within Europe, which drew upon theological and ideological systems more so than material conditions, to overturn the oppressive structures of property and poverty.

Associating the impulse of the masses of people to create societies not dependent upon the exclusive structures of property and wealth not with a single European political tradition, but rather concluding “Western socialism had older and different roots. It radiated from the desperation, anguish and rage of the rural poor of the medieval era, assuming expressions as diverse as the politically secular, the mystical and the heretical… Both in the West and the world beyond, the socialist impulse will survive Marxism’s conceits… The warrant for such an assertion, I have argued, is located in history and the persistence of the human spirit. As the past and our present demonstrate, domination and oppression inspire that spirit in ways we may never-fully understand. That a socialist discourse is an irrepressible response to social injustice has been repeatedly confirmed. On that score it has been immaterial whether it was generated by peasants or slaves, workers or intellectuals, or whether it took root in the metropole or the periphery” (An Anthropology of Marxism, 2001, p. 156-157).

Cedric Robinson’s work emerged out of his role as a life-long political organiser and he sought to expose to us the traditions of thought, of resistance and the alternatives of liberation which have been so long omitted, denied or obscured by the dominating frameworks of Eurocentric epistemologies and political theories. With a mind toward the destruction of a world-system dependent upon the brutal subjugations of human beings by racism, capitalism and imperialism, Robinson repeatedly reminds us that intellectual and theoretical work must be grounded in the ongoing resistance of the masses of people to oppression and the other configurations that human beings exist and resist through.

The last words of Black Marxism are some of his most relevant and prescient “It is not the province of one people to be the solution or the problem. But a civilisation maddened by its own perverse assumptions and contradictions is loose in the world. A Black radical tradition formed in opposition to that civilisation and conscious of itself is one part of the solution. Whether the other oppositions generated from within Western society and without will mature remains problematical. But for now we must be as one.” (Black Marxism, 1983, p. 318).