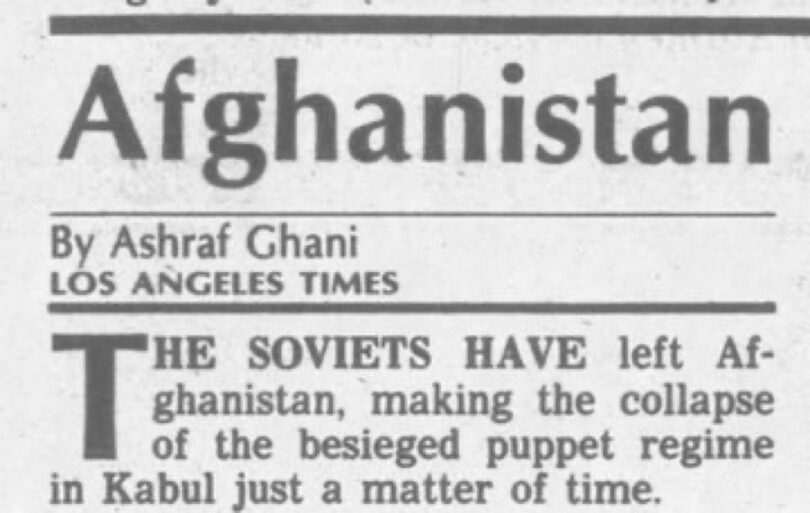 An article on Afghanistan by Ashraf Ghani in the Los Angeles Times (February 15, 1989).

This article originally appeared 3 months ago but we are republishing it again now because we think it remains the best analysis available online about the present situation in Afghanistan. —Eds.

The decision by President Joe Biden to withdraw “all U.S. troops” from Afghanistan (not really all, but you know how empires fold their occupation tents) was a major decision in the contemporary history of the U.S. empire since the end of the Cold War. The U.S. war in Afghanistan has lasted longer than the Soviet military intervention in Afghanistan and yet Western media never regarded U.S. involvement for what it was: an attempt to reshape the Middle East—and beyond—according to U.S. designs. Many of the facts regarding the background of the American intervention rarely make it into U.S. media narratives.

There is a big difference between the U.S. and Soviet experience in Afghanistan. The Soviet Union never invented exile groups and forced them on the native Afghan population to rule over them. In name only of course, as the U.S. military and the foreign service bureaucracy have really ruled the country. Just as in Iraq, the U.S. relied on puppets, with very little popular legitimacy in most cases, to rule in its name. 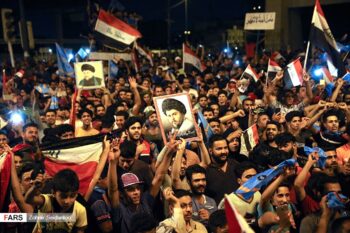 Ahmad Chalabi was a key favorite of the Bush administration, and the man the U.S. hoped would lead Iraq into the American orbit and even toward peace with Israel. But in the last Iraqi election before his death he had to align himself with Shiite cleric Muqtada As-Sadr in order to secure a seat for himself in the Iraqi parliament. The man who was key for U.S. intelligence and military (and who received millions of taxpayers’ money to conduct secret operations on behalf of the U.S.) wound up an ally of Iran and its allies in the region.

The Soviets, on the other hand, relied on local popular Afghans who had deep roots in their country and who had already formed popular progressive political parties. Those black-and-white photographs, which show how secular Afghanistan was, are but a testimony to the impact of secular, leftist rule there.

As much as the Soviet invasion of Afghanistan received coverage in U.S. media at the time (remember CBS correspondent Dan Rather donning Afghan Hollywood wardrobe and promoting the zealot mujahideen?), and as much as Western and Gulf governments complained and expressed outrage over the so-called excesses of the Soviet army, the American occupation venture in Afghanistan proved to be far more brutal and devastating—but with little media attention to U.S. human rights violations there. The number of civilians who are killed in Afghanistan by the U.S., or by its allies, often exceed the number of civilians killed per year by the Taliban.

Prepping the People for Invasion 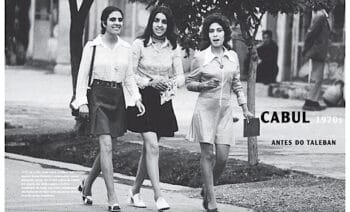 Women at university in Afghanistan in the 1970s. The U.S., which cries crocodile tears about the status of women in Afghanistan, backed the jihadists in the 1980s that put an end to this. (Amnesty International UK)

For every invasion, the U.S. prepares a set of propaganda talking points, and those points are dutifully carried in Western media as facts. Those talking points can be altered depending on the situation. The U.S. first invaded Iraq ostensibly to rid the country of WMDs, but when no WMDs were found the U.S. came up with another goal: of establishing democracy in the Middle East. And while the U.S. fought every attempt to democratize Iraq and tried to replace free elections with “caucuses,” it then came up with the goal of stabilizing the country (the country is yet to be stabilized).

In Afghanistan, the U.S. invaded to punish the Taliban for the Sept. 11 attacks although there is still no evidence that the Taliban leadership knew of Osama bin Laden’s plans. When the U.S. requested that the Taliban government surrender bin Laden in the wake of Sept. 11, the Taliban government (which had the diplomatic recognition of only three countries—Saudi Arabia, Pakistan and the UAE—all key regional allies of the U.S.) seriously considered surrendering him and asked the U.S. to provide evidence of bin Laden’s guilt.

But the U.S. refused to negotiate because it was intent on invading the country to teach a lesson and to “kick some ass.” The U.S. wanted a war of revenge and 93 percent of Americans supported that war at the time (the invasion of Iraq was not as massively popular but still an overwhelming majority of Americans supported it). President George W. Bush took the occasion to assert that the U.S. wanted to overcome the Vietnam Syndrome, even though his father said in 1991 that it had been kicked once and for all. It was all a myth anyway as the U.S. never stopped intervening militarily in the affairs of countries and invading since Vietnam, but the Republican Party created that myth to rationalize their calls for more wars and more invasions. 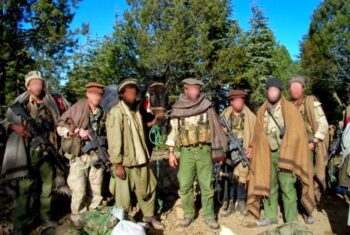 At the time of the Soviet intervention, Afghanistan was divided between reactionary, religious-oriented, obscurantist forces and leftists who wanted a progressive social agenda based on feminism, secularism and social justice. The U.S., of course, sided with the reactionary and religious zealots, which it rushed to organize, finance and arm in the wake of the Soviet military entering the country.

Bin Laden was the direct product of the U.S. involvement in Afghanistan as the U.S. was midwife for the birth of an internationalist force of religious fanatics, kooks and zealots. The Soviets faced an array of regional and international forces which the U.S. organized to undermine Moscow’s efforts in Afghanistan and a progressive Afghan regime. With help especially from Saudi Arabia, Pakistan and regional jihadists, the U.S. in the 1980s inflicted an internationalized war on the entire region from which the region would not recover, not even today.

The Soviets dealt with their war in Afghanistan rather differently. They did not organize an international force to prop up their allied regime. Furthermore, world communists failed miserably to see the historical significance of the Afghan conflict: they did not know that the defeat of the progressive project in Afghanistan would have severe repercussions on progress throughout the region–if not the world.

They could not see the importance of defeating the reactionary project there; had they organized—just as they had done in the Spanish Civil War—they may have been able to preserve the progressive order in Kabul. It was a missed opportunity for progress worldwide. The U.S.S.R. was not, it turned out, merely defending a progressive regime in Afghanistan, but was defending progressiveness in Muslim lands worldwide. 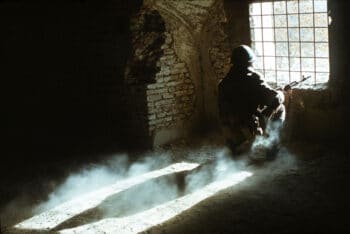 In contrast, the U.S. and Western powers in general, were promoting reactionary forces in the Islamic world. And those forces were in sync with the reactionary regime of Saudi Arabia, which jumped at the opportunity to collaborate—yet again—with the U.S. in combating Arab and Muslim progressives.

The U.S. did not face in Afghanistan the internationalist array of forces the U.S.S.R. had faced. Washington formed an international coalition of various governments around the world—which, oddly enough, regarded the U.S. occupation of Afghanistan and a brutal campaign of pacification that the U.S. had honed in Vietnam—as a just response or revenge for Sept. 11.

The U.S. has been defeated today in Afghanistan not by a super power with an advanced military, but by a rag-tag army of fanatical locals who perfected and consolidated their fanaticism under U.S., Saudi and Pakistani tutelage in the 1980s to fight the Soviets.

The U.S. leaves Afghanistan defeated while typically blaming a variety of forces that have nothing to do with American deeds in the country. The U.S. legacy is the disruption of village life, the rising toll of civilian casualties and the imposition of a government of thieves, embezzlers, usurpers, World Bank functionaries and a healthy dose of war criminals who were previously cobbled together in the Northern Alliance and its allies in their war against the Taliban.

Western media, especially The Washington Post and The New York Times, have been aghast that the Biden administration would withdraw from the country after “only” 20 years of occupation. They asked about the fate of the good Afghans—i.e., those Afghans who worked, translated, spied on behalf of the U.S. military. Various headlines bemoaned the status of women after the American departure: what would Muslim women do without U.S. troops?

But the U.S. military could not sustain the occupation forever and the hope for a stable pacification has eluded the U.S.  As it withdraws its forces from Afghanistan, it is certain that the U.S., which never understood the country, is leaving it in a much worse state than when it began its intervention 40 years ago.

As’ad AbuKhalil (@asadabukhalil) is a Lebanese-American professor of political science at California State University, Stanislaus. He is the author of the “Historical Dictionary of Lebanon” (1998), “Bin Laden, Islam and America’s New War on Terrorism (2002), and “The Battle for Saudi Arabia” (2004).