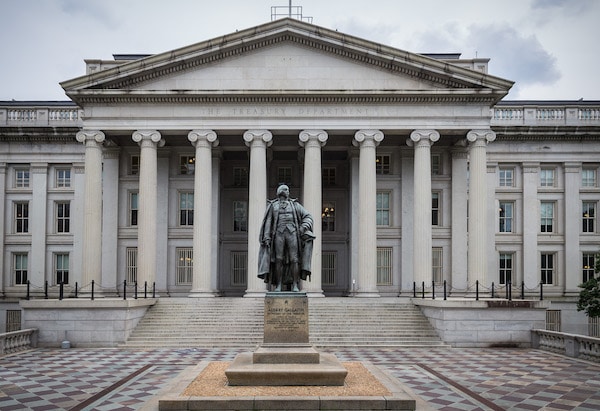 This is a very common argument. One has heard it innumerable times, from spokesmen of Bretton Woods institutions and from finance ministers’ budget speeches, providing a rationale for restricting the fiscal deficit. Since the fiscal deficit is a measure of the State’s additional borrowing, incurring a fiscal deficit implies that the State is “living beyond its means”, which would eventually bring it to grief, as happens with a household.

Of course a slight concession is made here. Since in a growing economy, the State’s tax revenue also keeps increasing, a given ratio of the fiscal deficit to Gross Domestic Product incurred every year, still keeps the State’s total debt relative to the GDP constant, provided the interest rate on such debt is less than the growth rate of the economy. If, in addition, the ratio of the fiscal deficit to GDP is small, then the size of the State’s debt relative to GDP remains manageable; but any fiscal deficit beyond this small size, makes the debt-income ratio too high and hence the situation becomes unsustainable. It is on reasoning such as this that statutory limits have been fixed on the fiscal deficit at around 3 per cent of GDP.

This analogy between the household and the State however is completely erroneous and indeed dangerous, since its effect is to keep the fiscal deficit, and hence government expenditure, restrained, even in situations where there is mass unemployment owing to a deficiency of aggregate demand. The livelihoods of millions of working people in other words are sacrificed at the altar of this erroneous analogy between the household and the State.

The difference between the household and the State arises from the following elementary fact: unless the State finances its fiscal deficit by borrowing from abroad (the need for which will arise only if a part of the increase in aggregate demand owing to larger government spending “leaks out” in the form of larger imports, and even such “leakage” can be prevented through tariff restrictions and an appropriate manner of government spending), its borrowing is from persons within the country over whom it has sovereign rights of taxation. In the event of its debt becoming unmanageable, it can always jack up domestic tax-rates in order to bring down the relative size of its debt.

This is something that a household cannot do. When a household borrows from others, it has no sovereign rights over them, it cannot take resources away from them for mitigating the size of its debt; but not so the State which can raise taxes on the inhabitants within its jurisdiction, both those to whom it is indebted and also others to whom it is not.

To say that a fiscal deficit, that is State borrowing to finance larger expenditure, is on an altogether different footing from household borrowing, and that the State cannot be seen to be on par with a household, does not mean that a fiscal deficit is the best way of financing government spending. The problem with a fiscal deficit should be clear precisely from what has been said above: since it generates additional private savings (namely additional private wealth) equal to itself, and since savings are typically done to a great extent by the well-off sections in society, government spending financed by a fiscal deficit increase wealth inequality. If, instead of borrowing, the State actually taxed away this additional savings, that is, if it did not have a fiscal deficit but balanced its budget by raising taxes, then there would be no increase in wealth inequality, even as there would be no reduction in private wealth compared to the original situation.

Likewise, the fact that a fiscal deficit is frowned upon on the basis of an analogy between the State and a household in the matter of borrowing, does not mean that this is the real reason for the opposition to it. To say that the analogy is wrong is not enough to persuade international finance capital to agree to larger fiscal deficits. The real reason for opposition lies in the fact that direct State activism in the matter of increasing aggregate demand that by-passes the capitalists, undermines the social legitimacy of capitalism; the fear of this happening makes finance use this false but apparently simple and persuasive analogy between the State and the household to discourage State spending. The analogy is not the reason; it is the ostensible argument advanced to justify State inactivism.

But that is not all. There is a deliberate effort made under neo-liberalism to actually reduce the State to the level of the household, so that the false analogy is made to become real over time. This of course is a general tendency under neoliberal capitalism. Negating the sovereign nature of the State and making the State indistinguishable from any other economic agent like a household or a firm is a major hallmark of the neoliberal regime.

A symptom of it is the comparison between the public and private sectors in terms of profitability, with the objective of showing the public sector to be inferior. The trick here lies in the very discourse that is adopted, the implicit assumption that the role of the public sector is no different from that of the private sector, which means that the State is no different from any private corporate entity and should be judged as such. Having started with this assumption, the effort is then made to force the public sector to be ‘profitable’ by generally underplaying its social role. Thus public sector banks are put under pressure to become more profitable, because of which they start denying credit to priority sectors like agriculture.

Likewise the sovereign taxing role of the State, which, as we have seen, is what distinguishes the State as a borrower from a household, is sought to be taken away from it, especially its taxation role vis-a-vis the private sector. An increase in corporate tax-revenue, which above all, is what is necessary to gather the additional savings generated by the fiscal deficit, cannot be obtained at will by the State; this is because any larger taxation of the private corporate sector is frowned upon by globally mobile finance capital. The State in short is made to behave as if it is as helpless in the matter of borrowing as a household.

Neoliberal capitalism thus does not just draw a false analogy between the State and other economic agents, washing away its sovereign role; it insists upon the actual State adopting the character it has assumed for it.

The struggle against neoliberalism correspondingly must have on its agenda a revival of the sovereign nature of the State; but for that to happen the State must have a different class character. Shedding the hegemony of globalised finance requires that it must be a State based on the support of an alliance of workers and peasants and with public policies prioritising their livelihoods.