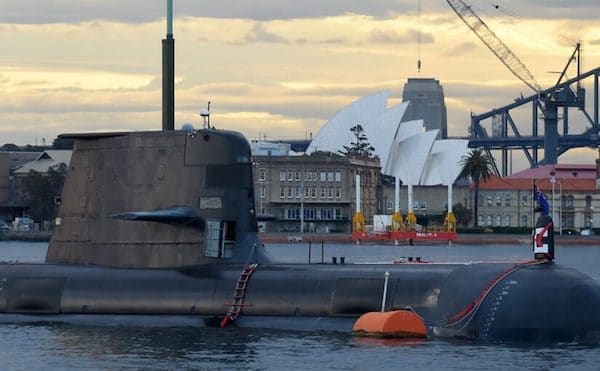 This original article by Friends of Socialist China co-editor Danny Haiphong exposes the true nature of the recently-announced AUKUS trilateral military pact–as being rooted in “a deepening desire among the historic white colonizers of the planet to exact revenge on China for refusing to relinquish its sovereignty and its world historic model of socialist development”.

The United States, United Kingdom, and Australia have formed an alliance called “AUKUS” to create, in the words of Australia PM Scott Morrison, “a partnership where our technology, our scientists, our industry, our defense forces are all working together to deliver a safer and more secure region that ultimately benefits all.” AUKUS is primarily a military relationship but is said to include broad economic measures that undoubtedly seek to counter China’s rise in all spheres of development. The deal has been met with some opposition in the West. New Zealand has rejected the legitimacy of the alliance while the French ambassadors to the U.S. and Australia were recalled after AUKUS essentially tore up a submarine agreement between France and Australia.

Another point of controversy is whether AUKUS violates the Nuclear Non-Proliferation Treaty. The first major initiative of AUKUS is to develop Australia’s first nuclear submarine fleet in the Pacific. Each party in the alliance has denied the intention of developing a “civil” (read military) nuclear weapons capacity in Australia. However, the fact remains that the United States and the UK are sharing nuclear-powered technology for military purposes. Nuclear submarines require the mining of uranium and the development of nuclear plants on Australian soil, both of which are environmentally toxic and prone to accidents.

While neither U.S. President Biden, UK PM Boris Johnson, or Australian PM Scott Morrison were willing to mention China in their announcement of AUKUS, it is no secret that China is the target of the alliance. This can first be deduced from the incoherent military strategy that AUKUS seeks to employ in the region. AUKUS has been presumed as a necessary step to curb “threats” to a “free and open” Indo-Pacific. CNN military analyst Cedric Leighton clarified that the identified “threat” to a “free” Pacific is indeed China. Leighton added that China has not yet done anything to indicate that its economic policy endangers AUKUS’s coveted trade routes in the Pacific.

This begs the question: If China is indeed not a “threat” to trade routes in the Pacific, then why was AUKUS formed? Surely AUKUS belies economic sense given that peace is an essential component of economic development. China is Australia’s largest trading partner in both imports and exports. China is also a top five trading partner to the United States and the UK. AUKUS is a subtle admission that the particular economic interests of Western nation-states ultimately run secondary to the long-term imperatives of militarism and hegemonism.

AUKUS is an expression of the broad agenda of the United States and its allies to exact white colonial revenge from China vis-à-vis military aggression. The alliance comes after more than a decade of aggressive acts led by the United States which have aptly been summarized as a New Cold War on China. The U.S. “Pivot to Asia” has deployed hundreds of thousands of U.S. troops and hundreds of military bases, aircraft, and warships to the Pacific since 2011. The UK, as part of its “special relationship” with the U.S., has followed suit by deploying its Royal Navy to patrol what it calls “its playground” which spans from the Indian ocean to the Pacific west coast of the United States.

Australia has also been a leading force in the increasingly aggressive posture taken by the West towards China. Australia is a member of the “Quad” (Quadrilateral Security Dialogue) alliance of the U.S., India, and Japan which conducted its first joint military exercise in November of 2020. In the summer of 2020, PM Scott Morrison vowed to increase Australia’s military budget by $270 billion over the next ten years at the same time that the U.S. was deploying three aircraft carriers to the South China Sea in a blatant act of military aggression against China. In April 2021, Morrison solidified these investments by pledging nearly $600 million in joint exercises and military basing projects with the United States.

Australia is also a home base for the U.S.-led propaganda war on China, which itself possesses a racist and colonial character. The Australian Strategic Policy Institute (ASPI) is one of the leading think-tanks in anti-China propaganda. The ASPI’s work includes orientalist “research” into so-called human rights abuses in China’s Xinjiang province and direct attacks on outlets such as The Grayzone for countering their propaganda. The ASPI receives direct funding from the U.S. State Department and the Australian Department of Defense. Other major funders include the three of the five biggest military contractors in the world: Northrup Grumman, Lockheed Martin, and Raytheon.

The ASPI is a naked expression of the nexus between anti-China propaganda and military aggression. Just days after the formation of AUKUS, Australia’s Defense Minister Peter Dutton announced that ASPI would be opening an office in Washington DC. This move demonstrates clearly that a line in the sand is being drawn by U.S. imperialism and its allies. Outright lies about China’s so-called “aggression” in its own seas or “human rights violations” within its own borders have sparked a racist flame within the white and Western-led imperialist order headed by the United States. Public opinion toward China has fallen dramatically within the imperialist countries in response to the non-stop propaganda blitz of a “China threat” led by think-tanks such as the ASPI.

What the U.S. and its Western allies work hard to conceal is that the basis for their policy of colonial revenge toward China rests upon a state of decline. It’s not that China is a threat to the wellbeing of humanity, but that China has rapidly progressed to the point where its economic and political model is taking center stage in global development. China’s economic and technological growth does not merely threaten to supplant the U.S. and its Western allies from a purely competitive standpoint. Rather, China’s model of development represents a clear break from the dictates of white supremacy and colonialism that underwrite the imperialist order. More than forty years of predatory neoliberal capitalism and U.S.-led imperialist hegemony have demonstrated that the centuries-old Western colonial system has nothing left to offer humanity but austerity, climate catastrophe, and endless war.

China, on the other hand, offers the world’s impoverished majority in the Global South hope for a better future. China is more than willing to share lessons from its defeat of extreme poverty and rapid infrastructure development in the areas of high-speed rail and 5G technology by way of the Belt and Road Initiative—a massive China-led infrastructure cooperation agreement that has the active participation of more than 130 countries. Developing countries in the Global South have counted on China to provide concrete assistance in the fight against the COVID-19 pandemic. China also offers loans to developing countries on terms which are more favorable than the conditionalities of Western lending institutions. Furthermore, nations beleaguered by imperialism such as Syria, Cuba, the DPRK, and Iran have relied on China for political solidarity against barbaric U.S. sanctions as well as much needed economic cooperation in the face of U.S. aggression.

In the 20th Century, the world was divided into two camps: a socialist camp led by the Soviet Union and a capitalist camp led by the United States. After the fall of the Soviet Union, the U.S. and its Western partners enjoyed nearly free reign to dominate and exploit the planet in the interests of private shareholders and war profiteers. U.S. and Western leaders hoped that China’s integration into the global economy would spell doom for its socialist system. AUKUS, and the New Cold War on China from which the alliance emerges, is rooted in a deepening desire among the historic white colonizers of the planet to exact revenge on China for refusing to relinquish its sovereignty and its world historic model of socialist development. The AUKUS alliance of white colonial states wishes for the evisceration of peaceful socialist development itself, especially when it is led by a nation of 1.4 billion non-white people who share core interests with the vast majority of humanity.