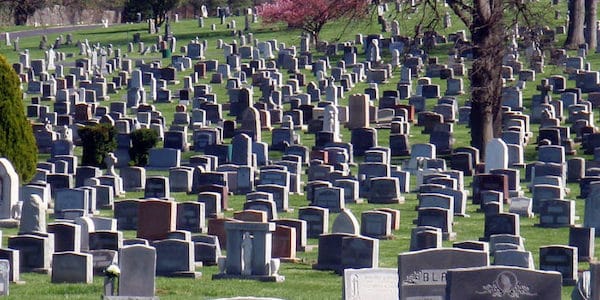 The United States marked a grim milestone Oct. 1 as the 700,000th death from COVID-19 was officially registered. Since January of 2020 the United States has also counted over 43 million cases, the most of any country on the planet for both deaths and infections.

This period has tragically revealed the contradictions between the enormous resources society has to combat the disease and the inability of the capitalist ruling class to take the necessary steps to address the public health crisis. The pandemic shows the fundamental law of capitalism is that nothing must get in the way of exploitation of the human and natural resources of the planet. It can be summed up in three words, “Profits over people.”

The Trump administration led an all-out attack on all social programs at the state and federal level that addressed everything from reducing inequality, poverty and hunger, homelessness to protecting the environment and the rights of labor. His administration gave credence to those who promote conspiracy theories and dismiss science and any historical facts that didn’t fit their world view. The Trump administration and the capitalist class dismissed the significance of the virus and did little to prepare. Once the virus arrived on the continent, the country was ill-prepared.

Congress rushed to pass the Coronavirus Aid, Relief, and Economic Security Act, which funded $2.2 trillion to address the pandemic with measures such as stimulus checks, and emergency funds for medical and hospital costs. Other programs extended unemployment benefits, and created supplemental unemployment benefits and Emergency Rental Assistance.

The CDC issued a ban on evictions because putting people out into the streets during a communicable disease public health crisis would accelerate the spread of the deadly virus. The eviction ban was implemented when no vaccine existed.

Hospitals were overwhelmed with the sick and dying and forced to implement Emergency Standards of Care, which lowered the level of care so that hospital workers could care for the thousands of unexpected patients.

The pandemic has shone a spotlight on the millions of heroic essential workers, who are largely low-wage workers and disproportionately people of color and women. It was clear who really makes society run. It isn’t Jeff Bezos and Richard Branson, who insultingly thanked those same essential workers for paying for their hobbies and sacrificing their lives, who are essential–it’s the working class.

A rush to develop a vaccine was underway with the federal government bankrolling $18 billion in research and development for private corporations like Moderna and Pfizer.

While all this was being done the business of capitalism kept on. Forbes magazine reported that in 2020 the United States counted 98 new billionaires. While those 98 were celebrating their wealth, over 20 million people lost their jobs during the same year. In addition, eleven million people who have been unable to pay their rent since the start of the pandemic have no way to do so and could face eviction if rent debt is not canceled.

Capitalists demand “back to normal”, no matter the death toll

Throughout the pandemic federal, state and local governments and agencies have sent mixed messages about what to do and not do. Governments tell workers and businesses to shut down, then to open up. They say that dine-in is okay then it’s not, masks are mandatory and then they’re optional.

This reflects two things. One: there is a debate inside the ruling class on how best to address the pandemic. How much of a safety net is needed? How much do we need to spend? How much death is “acceptable”? Two: guidelines evolve as knowledge of the virus and our understanding of the virus changes.

An unprecedented amount of money was allocated to alleviate the financial crisis facing millions of people and businesses, but the plan was always being calibrated to get the economy back at full pre-pandemic capacity. The plan’s goal was never truly to do whatever is needed to save people.

What if the government had guaranteed an income to anyone who lost their jobs or small businesses from the shutdown, or that no one would lose their home and their rents or mortgages would be covered by the government? The pressure people felt to go to work and challenge the mandates would be viewed very differently by the population.

Absent a “people’s first” program to deal with the pandemic, the economic uncertainty people experience contributes to making people hostile to mandates, wearing a mask, social distance and other public health measures. For a section of the population already won over by the right wing, the acts of the government are just one more infraction on their individual constitutional rights.

The broader problem for the ruling class is if the population gets used to the idea of a safety net for COVID-19, what’s to prevent the population from demanding that kind of safety net for other emergencies: the hundreds of thousands of people experiencing homelessness, or the 48 million who live in poverty, or the people with over $1.73 trillion in student debt?

That is why there is a campaign by politicians and the corporate media to get people to return to work and the “normal” conditions of capitalist exploitation before the pandemic. Media articles on heroic essential workers are being replaced by frantic demands by business leaders to cut all the CARES and related benefits and end the eviction moratorium. They want to force people back to work because there is a labor shortage. These demands were answered by dozens of governors who refused the federal unemployment benefits and opted out of the program before the September 30th end date.

Another part of the “return to normal” campaign is the message that the COVID-19 virus is here to stay and we should just get used to it. We should treat it like the Flu, adapt and go about our regular lives. For instance, this view was expressed in an article in The Atlantic by former Trump administration Food and Drug Administration commissioner Scott Gottlieb. This is the cruel future the U.S. capitalist class has in mind for workers.

It will take a broad-based movement of millions of people to force Congress and Biden to turn the emergency measures found in the CARES Act and other pandemic relief measures into a benefit like social security, and refuse to give in on public health efforts to decisively end the pandemic.