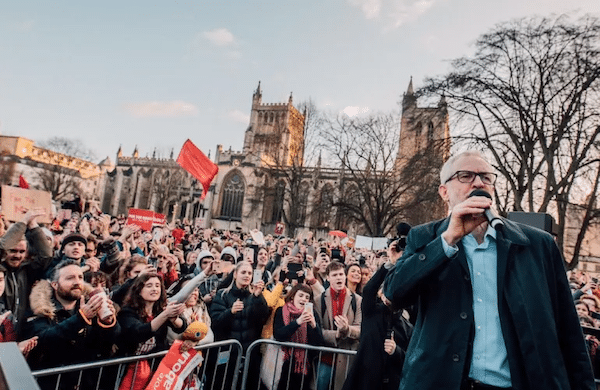 In many countries, levels of public investment in the economy are higher than they have ever been outside of war time, but too much spending goes straight into the pockets of big private companies rather than being used to help people & planet.

When COP26 is held in Glasgow, the world will be watching to see if an international agreement is reached on the scale and speed of co-ordinated action that is needed to tackle the deepening climate catastrophe.

The Intergovernmental Panel on Climate Change report was a code red for humanity, but Boris Johnson’s Government and too many others are unwilling to face up to the scale of the challenge we face, again and again refusing to stand up to the fossil-fuel global corporations.

Climate change is a global issue and we will need real international co-operation to stop climate catastrophe–and this must include a commitment to tackling global inequality.

In particular, this means sharing technology–of which there is currently a massive imbalance internationally–to ensure all countries can develop the green technologies of the future,

We need to be clear that the only targets that count at the COP discussions are those that are science-based and can save our planet.

We have quite simply run out of time for Presidents and Prime Ministers to be negotiating over what is “possible”, “realistic”, “affordable” and all the other euphemisms for not doing enough.

Governments should also be recognising the legal status of nature–and the need to protect it–as countries such as Bolivia have done.

A recent report from the UN Framework Convention on Climate Change, outlines that current nation state commitments for COP26 will lead to a 16% rise in emissions by 2030, when they actually need to fall by a minimum of 45%.

The time then for excuses is over–so what action do we need?

In the wealthiest countries in the world that have primarily caused the climate emergency, we need immediate investment, legislation, and innovation to start cutting emissions at least 7% next year and every year after.

A green new deal can deliver this, at the same time as creating good, unionised jobs and boosting living standards.

Investment in and from the public sector must lead climate action, as Labour’s last two manifestos set out.

The market has failed to do what is needed to tackle the climate emergency, and it will keep on failing.

For decades neo-liberal economists have told us that if everyone–meaning the wealthiest–is free to pursue their own material self-interests then everyone will be better off.

Climate change demonstrates just what a con this idea is–it is the actions of the richest that have jeopardised the future of our planet, and the effects of the climate emergency hit the poorest people (especially in the Global South) the hardest.

In the wealthiest countries of the world, the first test of any government when it comes to what they are doing in terms of climate action is how they are spending COVID stimulus and recovery packages.

In many countries, levels of public investment in the economy are higher than they have ever been outside of war time, but too much spending goes straight into the pockets of big private companies rather than being used to help people and planet, as we have seen with the SERCO outsourcing scandal for example.

But there is an alternative–stimulus and recovery spending could be focussed on the rapid expansion of a truly green and caring economy, aimed at overcoming climate breakdown and tackling inequality.

More and more people are coming to understand that radical climate action can be the key to making the more equal society we need. Climate action and fairness are one and the same thing.

We must use COP26 as an opportunity to make the case for governments that are driven by the need to help people and planet, reshaping a new economy and society.

No more delays, no more excuses–now is the time for real action.