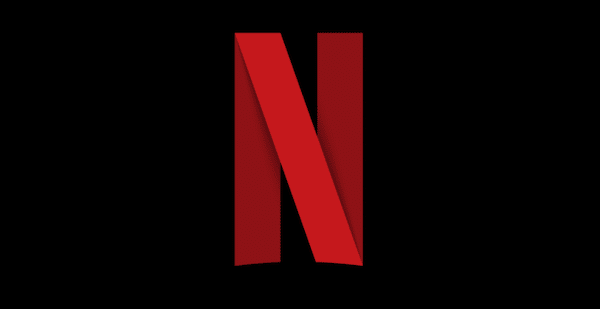 On October 14 a collection of 32 Palestinian films began streaming on Netflix, including movies by award-winning directors like Annemarie Jacir, Basil Khalil, and Elia Suleiman.

“The diversification of our content sits close to my heart as Netflix works to become the home of Arabic Cinema, a place where anyone in the world can access great Arab stories,” said Director of Content Acquisitions for Netflix MENAT Nuha El Tayeb in a statement on the company’s website.

We believe that great stories travel beyond their place of origin, are told in different languages and enjoyed by people from all walks of life and, with the Palestinian Stories collection, we hope to amplify these beautiful stories to a global audience. While these stories are distinctly and authentically Arab, the themes are quintessentially human, and will resonate with audiences across the world. That is the true beauty of storytelling.

Below are some of the movies that will be added today, which are you most excited to stream? pic.twitter.com/FGGJTxKfFW

Palestinian director Ameen Nayfeh, whose short The Crossing is included in the collection, told Reuters that this was a huge moment for Palestinian representation. 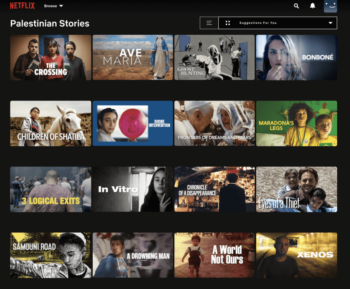 Some of the Palestinian film titles now available on Netflix.

“This is why we make films, because we want our stories to travel, we want people to know about us,” said Nayfeh.

Now when you type Palestine in the search button on Netflix, you will see so many different titles that you can watch. Before, when I would type Palestine I would get Israeli titles.

Some pro-Israel organizations are predictably attacking the inclusion of Palestinian voices. Im Tirtzu, a right-wing Zionist group with alleged connections to fascist movements, has pointed out that many of the directors included support BDS.

“It’s disgraceful that Netflix is featuring propaganda films directed by BDS supporters whose sole goal is to slander and delegitimize the only democracy in the Middle East,” said Im Tirtzu CEO Matan Peleg.

If Netflix wants to tell the Palestinian story, it should start by contacting the thousands of bereaved Israeli families who are victims of Palestinian terrorism.

“Netflix elevating voices that are actively against cooperation with Israelis and against peace,” tweeted Jerusalem Post columnist Emily Schrader.

This content will not free Palestine nor will it make like better or more understood for either side.

You can read about all the films, and stream them, at Netflix’s website. You can watch the trailer for The Crossing below: