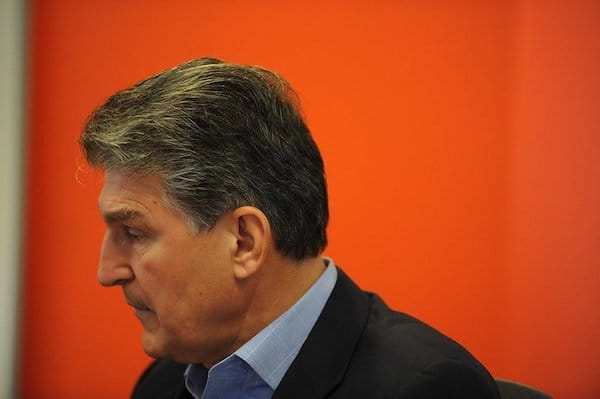 Senator Joe Manchin has emerged in recent weeks as the leading opponent of vital social programs to provide relief to working people in the areas of education, healthcare, the environment and much more. Manchin, a millionaire capitalist, has directed all his energy to gutting the social program budget under consideration in Congress. Liberation News spoke with Carsie Blanton, a singer-songwriter who boldly confronted Manchin for his vile actions on behalf of the rich.

Liberation News: What happened on Oct. 24 at the Kennedy Center? Tell us about the event and how you took action.

Carsie Blanton: I was booked to be one of six performers on the Mountain Stage Radio show, which was being taped at the Kennedy Center in DC. I perform with a band, and as we were backstage waiting to go on, somebody mentioned to us that Joe Manchin was in the audience. I felt like it was an opportunity to say something to him, publicly, about his carving out of the Democrats’ spending bill. I had found an article published earlier that day about how the extension of the child tax credit was next on Manchin’s chopping block, and I felt like that was an issue that was concise, understandable, and hugely unpopular.

We talked it over as a band and decided to do it. After a couple other songs, I said “there’s somebody in the audience tonight who could personally reduce child poverty in America by 40%. Senator Joe Manchin, this one’s for you. We hope you make the right decision.” Then we played him an original song called “Dealin with the Devil” which has some fairly nasty words about politicians.

LN: What you said on stage reflects the sentiments of millions of people across the country right now. Why is Joe Manchin such a despicable character?

Carsie Blanton: I think he’s laying bare the horrifying deficiencies of our version of democracy. Our representatives are all subservient to capital, but Manchin really makes it clear. He’s a Democrat, and he’s willing to vote against the interests of his party, his constituents, and all working Americans, even on very popular legislation (like the child tax credit), in order to please a few West Virginia coal barons and pharmaceutical CEOs.

LN: Why is the issue of the tax credit for working class parents so important to you? And what do you think about Biden cutting a deal with Manchin to extend this tax credit but only for one year?

Carsie Blanton: I think we need a revolution. We are living through a once-in-a-lifetime national crisis, progressive policies have never been so popular, and Democrats are seeing to it that those policies still can’t get past Congress. None of this is fair, democratic, efficient, or practical.

LN: What is your advice to other artists who want to use their platform to speak out for the rights of the working class?

Carsie Blanton: Everybody who works in music is working class. The record labels are dead, the royalties have dried up, and big tech distributes our work for free. If they want us to shut up and sing, they’re gonna have to start paying a lot better!