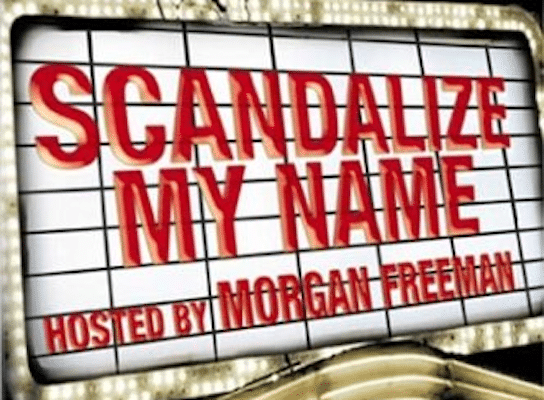 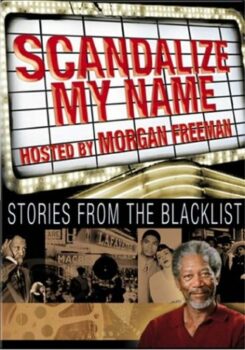 Film. Directed by Alexandra Isles. 2000. 60 minutes. Documentary about the impact of the McCarthy era on African Americans in the film industry.

Scandalize My Name provides a searing examination of how “Red Scare” politics were used to hinder America’s civil rights movement. This powerful film documents the first-hand experiences of African-American performers faced with “blacklists,” loyalty oaths and other discrimination. It explores the impact these tactics had on the performers’ careers and on civil rights as a whole. Paul Robeson, Jackie Robinson, Harry Belafonte, Ossie Davis, and Dick Campbell are just a few of the notable personalities featured. – Description by Scott Albright, Rovi

Can you imagine losing your career, your income, and your livelihood by speaking out against racism? That’s what happened to many prominent artists, actors, musicians, and writers during the Civil Rights Movement in the United States. The documentary film Scandalize My Name (1999) shows the devastating effect the Red Scare had on the civil rights movement and some of its major players. The House Committee on Un-American Activities (HUAC) was an investigative branch of the U.S. House of Representatives and operated from 1938-1975.

Hosted and narrated by Morgan Freeman, Scandalize My Name: Stories From the Blacklist  is a heartbreaking film that shows how the hate and hysteria of the McCarthy era lead to a huge loss in the artistic community. African American actors and musicians particularly were blacklisted for speaking out against racism. Historically speaking, HUAC was not only paranoid about preventing the spread of Communism, it was also incredibly racist and held back the Civil Rights Movement in America through intimidation and blacklisting.

Paul Robeson, the American singer, athlete, and actor, was targeted by the House Un-American Activities Committee because he spoke out against American treatment of African Americans. Also, Robeson was revered in Russia for his amazing baritone-bass singing voice and charismatic personality. At the height of Robeson’s career, the U.S. government revoked his passport and blacklisted him, severely effecting his income and reputation.

Fallout of the Blacklist

Scandalize My Name features Harry Belafonte discussing how the blacklist effected his career and the other artists as well. Belafonte got a lucky break when Ed Sullivan declined to honor the blacklist and had Belafonte perform on his famous television show. Others were not so lucky.

Hazel Scott was a child musical prodigy who was the first African American woman to have her own television show in 1950s America. The blacklist effectively ruined her career, as well as that of Canada Day, the African American actor.

Blacklisting cut short the careers and voices of many screenwriters, directors, animators, musicians, actors, composers, and designers. Creating a blanket of censorship and paranoia, HUAC and the blacklists stifled dissent and held back creative and social progress for decades to come. If you have never heard of Canada Lee or Hazel Scott it is sad proof of the effective work of the McCarthy era and HUAC.

Mary Rayme is an artist in West Virginia.