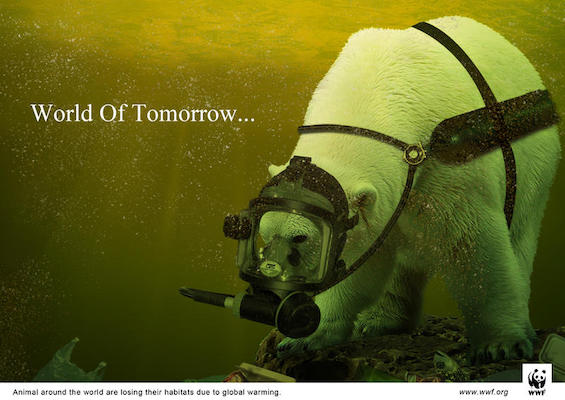 SYDNEY and KUALA LUMPUR: Carbon offset markets allow the rich to emit as financial intermediaries profit. By fostering the fiction that others can be paid to cut greenhouse gases (GHGs) instead, it undermines efforts to do so.

More than 130 countries pledged in Glasgow to reach net-zero carbon emissions by 2050. Despite well-known setbacks, the COP26 Glasgow Climate Pact has been hailed as a breakthrough on the “path to a safer future”.

Following difficult, protracted negotiations after the 2015 Paris Agreement (PA), Article 6 was the last of its 29 Articles agreed to. Article 6 unifies carbon offset trading standards in order to minimize ‘double counting’.

Offsetting allows countries and companies to continue emitting GHGs instead of cutting them. Buying offsets lets them claim their emissions have been ‘cancelled’. Thus, offset markets have slowed climate action in the rich North, responsible for two-thirds of cumulative emissions.

Clearly, Article 6 does not stop emissions of carbon dioxide (CO2) and other GHGs. The Kyoto Protocol’s Clean Development Mechanism (CDM) also enables not cutting GHG production by paying others to do so. Thus, offset markets enable the wealthy to avoid cutting GHG discharges at little cost.

But why pay for emission cuts which would have happened anyway, even without being paid for via offset sales? At best, net-zero is a zero-sum game maintaining atmospheric GHG levels. But progress requires CO2 reduction, i.e., being net-negative, not just net-zero.

Many carbon credits sold as offsets do not additionally remove carbon as claimed. For example, J.P. Morgan, Disney and BlackRock have all paid millions to protect forests not even under threat. A CEO agreed its offset–buying into a Tanzania forestry programme–“is cheating”.

The Economist sees carbon offsets as “cheap cheats”. By ramping up the supply of offsets, prices were kept low. Much scope to game the system remains. Energy-intensive companies collude and lobby against high carbon prices, insisting they damage competitiveness.

Often buying in bulk, they pay too little for carbon credits to incentivize switching to renewable energy. Averaging only US$3 per tonne of CO2 in 2018 cannot accelerate desirable energy transitions.

Less than 5% of all offsets actually reduce CO2 in the atmosphere. A 2016 European Commission study of CDM offset projects found 85% provided no environmental benefits.

The Glasgow Financial Alliance for Net Zero (GFANZ)–a US$130 trillion investor club of over 450 financial firms in 45 countries–was launched at COP26 in Glasgow. It is chaired by former Bank of England Governor Mark Carney, now UN Special Envoy for Climate Action and Finance.

The GFANZ claims to be leveraging the power of big finance to innovatively achieve the PA goal of keeping the temperature rise over pre-industrial levels under 1.5 degrees Celsius.

Advocates claim this will unlock trillions of dollars to protect forests, increase renewable energy generation and otherwise mitigate global warming. But GFANZ does not even seek to cut finance for GHG-intensive industries.

Meanwhile, big businesses burnish their green credentials with offset purchases. After all, there are no agreed metrics to ensure portfolio alignment with the PA. Unsurprisingly, the Marshall Islands’ climate envoy urges remaining “vigilant against greenwashing”.

Touting market solutions, the World Bank has noted a recent surge in demand from major financial investors, including Goldman Sachs, Morgan Stanley and Lansdowne Partners. But much goes to profits from arbitrage, speculation or trading for third parties–not decarbonization or net-zero.

We are lying to ourselves if we think we can do it just by conveniently asking banks and financial service companies, public companies, to conform to TCFD reporting. We are creating the biggest capital arbitrage of our lifetimes.

The implicit premise is that market-based approaches always work best to address problems, in this case, to reduce GHG emissions. They do not distinguish between ‘luxury emissions’ and those due to the poor’s livelihoods.

As with CDM and voluntary offset markets, the burden of emissions reduction has been shifted from North to South. While rich countries continue emitting GHGs, developing countries are now expected to ‘come clean’!

But no money for poor

At the GFANZ launch, Mark Carney claimed, “Make no mistake, the money is here, if the world wants to use it”. But developing countries are still waiting to see the promised US$100bn yearly to help finance their mitigation and adaptation efforts.

Following strong U.S. opposition at the Article 6 negotiations, developing countries failed to secure ‘international transfers of mitigation outcomes’, i.e., mandatory contributions to the Adaptation Fund from the proceeds of international emissions trading among parties to the PA.

The U.S. and European Union also successfully blocked a ‘loss and damage’ fund to finance recovery and reconstruction after climate disasters. Thus, Glasgow failed to deliver any significant additional climate finance for poor countries–for climate change adaptation as well as losses and damages.