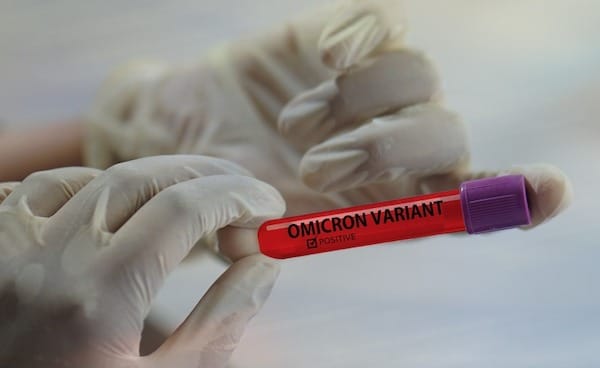 On Wednesday, the number of daily Covid cases in the UK reached a record high of 78,610. As we once again stand at the precipice of a major, acute coronavirus crisis, the country is rightly asking itself: how did this happen (again)?

The immediate cause, of course, is the notorious Omicron variant. In a matter of weeks since its discovery in South Africa, Omicron has spread across the country and the world, largely replacing the previous top contender, Delta, and all other variants.

All available evidence suggests that Omicron is significantly more transmissible than Delta. At present, in the UK, cases appear to be doubling roughly every two days, with an R-rate of 3-5. There is evidence to suggest that Omicron may be somewhat milder and therefore less likely to lead to severe illness, hospitalisation, and death. However, even significantly reduced severity would be unlikely to make up for the new variant’s much-increased transmissibility, which would still lead to higher overall hospitalisations.

On the other hand, there is also significant evidence pointing towards at least some degree of immune escape – meaning that built-up immunity, either from vaccination or previous infection, may not be as effective in response to Omicron. If this is the case, absent further restrictions, it is very unlikely that built-up immunity will prevent a sustained rise in cases and hospitalisations, and a peak far exceeding that of January-February this year.

Some version of this narrative now appears to be the most likely scenario. The country is ill prepared for the disruption this would cause. The NHS, already reaching capacity a month ago (before the discovery of Omicron), is at a breaking point. Illness and a new ‘pingdemic’ are likely to lead to staff shortages across an already overstretched economy. The country is now entirely reliant on the successful rollout of the booster programme. However, since the vaccine appears to be significantly less effective against Omicron, even this seems unlikely to prevent major disruption.

As always, the deeper, structural causes are hidden by the acute crisis. Months ago, when Tory MPs were celebrating ‘Freedom Day’, experts were already warning that the conditions for a new wave of the pandemic were far from resolved.

While vaccines were being rolled out in rich countries, poor and middle-income countries became ‘breeding grounds’ for new variants of the virus. In South Africa, where Omicron was first discovered, only around 30% of the population have had their first dose of the vaccine. This rate is around 7% for Africa as a whole. This inconsistent rate of vaccination and the prevalence of the virus globally has increased the likelihood of mutations and of the virus learning how to circumvent our immune defences, as has happened with Omicron.

Behind this institutional failure lie the hands of vested interests. The vaccines, although developed mostly with public funding, are the intellectual property of private pharmaceutical companies, who control their production and distribution. Rich governments have focused mostly on hoarding vaccines for themselves, and have let Big Pharma set the terms for their distribution in the Global South, thus effectively preventing low-income countries from obtaining vaccines at all. Meanwhile, donor schemes, such as Covax, have proven incapable of reaching their own targets, mired by underfunding and undersupply.

As is widely understood by the public, ending this vaccine inequity is not just a question of charity or altruism, but is actually in our own self-interest. The failure to act on this is testament to the utter impotence of our institutions.

Within the UK, the immediate threat posed by Omicron has also been compounded by structural issues. Chief among them is the long-term demolition of the NHS. Despite significant increases in demand, the number of NHS beds has halved in the past thirty years. Even before Covid, there was a shortage of hospital beds, with occupancy regularly exceeding 95% in the winter. The country only narrowly escaped NHS collapse during the first and second waves, despite the government’s ramping up of critical-care capacity.

Since then, the pandemic has continued to affect care provision and waiting lists have increased continuously. A significant factor in the upcoming staff shortage will also be burnout and resignations among traumatised NHS staff, who have already been leaving the sector in droves.

Finally, no account of the situation can ignore the tragic missteps that the government has made throughout the pandemic. With Omicron, once again, the response has been too little too late. The selective border bans placed on southern African countries, introduced by the government a few weeks ago, ignored the fact that the new variant had already spread globally. And the new plan B measures will be nowhere near enough to contain the spread of the virus in the coming weeks.

Despite the excessive modesty of these measures, they faced a Tory rebellion on a scale not seen since the revolt against the Corn Laws in 1846, and only marginally passed with the support of Labour. One can only imagine what a more capable opposition could have done with this kind of leverage. A proper response would surely have included a demand for workable measures (such as the pre-Christmas circuit-breaker lockdown suggested by Independent Sage), proper support for the sick, self-isolating and unemployed, an end to authoritarian and pointless Covid passes, and the removal of a government that has proven itself incapable of dealing with the crisis.

In the event, of course, Keir Starmer’s Labour backed the government. With the ruling elite failing so comprehensively to deal with the crisis, leadership can only come from the movement. Early this year, the NEU’s decision to oppose the government on school openings turned the situation around. This is the response we now need from unions and campaigns.