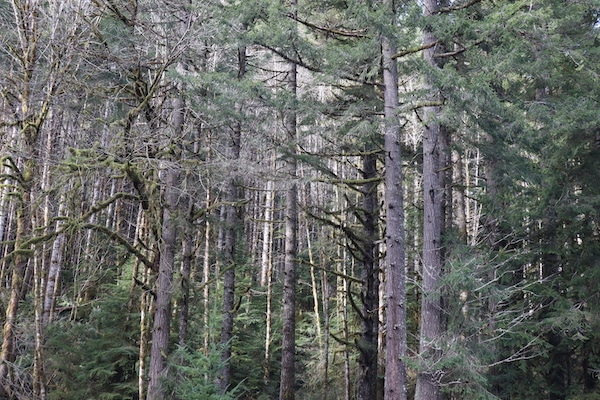 Twenty-five years ago, “degrowth” was conceived by its proponents as a “buzzword” carrying a vague ideological charge: Serge Latouche and his supporters said they wanted to “change the way people think” in order to “get out of the economy and development”… Today, degrowth is once again being debated, but on the basis of more rigorous premises.

In the face of the climate catastrophe, many specialists no longer believe in the possibility of reconciling a reduction in CO2 emissions with an increase in GDP. According to them, the climate cannot be stabilised without reducing global energy consumption so drastically that it will inevitably lead to a reduction in the production of goods and services. This thesis obviously has implications in terms of societal choices–these specialists all insist on the need for a socially just degrowth–but its basis is scientific, not ideological.

Growth and the environment are incompatible

Let us begin by recalling the facts of the problem. In order not to exceed 1.5°C of warming, net CO2 emissions must be reduced by at least 50% by 2030 and by at least 100% by 2100. The authors of the IPCC’s Fifth Assessment Report (AR5, 2014, which served as the basis for the Paris Agreement) believed that this reduction would be compatible with economic growth: increased energy efficiency and the breakthrough of renewables should make it possible to decouple the evolution of GDP from that of CO2 emissions. Six years on, a relative decoupling has indeed begun in some developed countries. But absolute decoupling is impossible.

Indeed, increasing efficiency and deploying renewables requires huge energy-intensive investments and more than 80% of this energy is from fossil fuels. Consequently, the energy transition in a context of growth inevitably leads to more CO2 emissions. As these emissions must be reduced-not relatively but in absolute terms-the conclusion is unavoidable: the increase in GDP is in contradiction with the stabilisation of warming below 1.5°C.

Many specialists wanted to believe that this contradiction could be overcome by removing CO2 from the atmosphere, to compensate for the emissions. Two avenues have been put forward for doing this: 1) maximising natural CO2 uptake by planting trees; 2) inventing “negative emission technologies” (NETs) to remove carbon from the atmosphere and store it underground. Criticism of this strategy is not new, but so far the IPCC has not taken it into account. For example, all the scenarios tested in the 1.5°C Special Report (2019) relied on the possibility of “carbon offsetting”. But the tide seems to be turning. The voices of researchers who argue that this productivist option is contrary to the precautionary principle can no longer be ignored.

Their arguments are extremely robust. To reconcile GDP growth with respect for the 1.5°C target, some scenarios foresee removing up to 1,000 gigatonnes of carbon from the atmosphere by 2150. Twenty-five times the annual emissions! Tree plantations could only make a very modest contribution (the surface areas are limited) and above all a temporary one (trees absorb CO2 during growth and then emit it-and warming encourages fires). We should therefore rely mainly on TENs, in particular on “bioenergy with carbon capture and storage”. The principle of this is simple: burn biomass instead of fossil fuels, capture the CO2 released and bury it underground; as biomass grows by absorbing CO2, in theory, the atmospheric concentration of CO2 should drop… But in practice 1) we don’t know if it will work, the technology only exists in prototype form; 2) biomass would have to be planted over gigantic areas; 3) there will be competition with human food, biodiversity and fresh water supplies; 4) we are not sure that the CO2 would not leak out from underground.

A leading scientist officially told delegates at COP26 that beyond 1.5°C, the Earth risks becoming a “steaming planet”, with sea levels rising by thirteen metres or more [1]. It is foolish to bet on sorcerer’s tricks to avoid this cataclysm. But, as a result, a drastic and very rapid reduction in final energy consumption is the only alternative. At the same time, this economic decrease is obviously impossible without social and climate justice, i.e. without a radical reduction in inequalities and a radical improvement in the living conditions of the poorest 50% of humanity, in poor countries, but also in rich countries. This, in short, is the reasoning that is leading more and more scientists to advocate what might be called “just degrowth”.

Overconsumption by the rich, overproduction for the rich

The dominant idea in our societies is that growth and increased energy consumption are essential for employment and income-in short, for well-being. However, this idea is increasingly challenged scientifically. Beyond the satisfaction of basic needs (good food, good housing, comfortable clothing, an efficient health system, adequate mobility infrastructures), the utility of consuming more energy is actually decreasing very quickly. As a result, “high-income countries could reduce their biophysical impact (and their GDP), while maintaining or even increasing their social performance and achieving greater equity between countries,” write two researchers. The challenge, they argue, is to achieve “an equitable reduction in the flow of energy and resources through the economy, coupled with a concomitant securing of welfare.”1

Could human needs be better met by using much less energy overall, and by distributing it better? That’s the question. One element of the answer lies in the gap between the CO2 emissions of the richest 1% and those of the poorest 50% and the 40% of ’average’ income earners. Not only is this gap widening, but it will widen even more by 2030 as a result of government climate policies! Emissions reduction efforts will be inversely proportional to income!2

Governments keep saying that “we” must change our behaviour. But who is this “we“? “Consumption by the world’s richest households is by far the strongest determinant and accelerator of increased environmental and social impacts,” write researchers.3 We must therefore ban this overconsumption of luxury: private jets, superyachts, luxury homes, SUVs, etc. And, as all consumption presupposes production, we must also stop economic activities that aim above all at capitalist profit: weapons, advertising, obsolescence…

A good and comfortable life for all is possible

Other researchers start from the maximum amount of energy that each individual on Earth can use to respect the 1.5°C warming limit, and ask what needs can be met on this basis, and under what social conditions.4 The great interest of their approach is to show that the satisfaction of needs does not only depend on the amount of energy consumed but also on various socio-economic factors that determine the correlation between energy and needs. “Beneficial” factors better satisfy human needs while using less energy. These factors are: good public services, good democracy, less income disparity, guaranteed access to electricity and clean energy, a public health system and good trade and transport infrastructure. Growth and extractivism, on the other hand, are “detrimental” factors: more energy is spent to meet needs less well. For example, good public services increase life expectancy by reducing final energy consumption; extractivism reduces the former and increases the latter.

All such studies converge: comfortable living standards can be achieved across the globe with much lower per capita energy consumption than the rich and wealthy countries. The drivers of excessive energy consumption in these countries are: “a spiral of energy-intensive needs maintained by the logic of detrimental factors; luxury consumption and consumption inequalities; programmed obsolescence; overproduction/overconsumption; the race for profit; the expansion of necessary production due to the pressures of the financial system and extractive rents”. The problem is that the “detrimental factors are actively pursued” under the current regime, which is global. The solution must therefore be “systemic” and global as well: “a broader transformation (is) required to prioritise the satisfaction of human needs with little energy.”5

“Just degrowth” breaks through in the IPCC

The 5th IPCC report displayed an unwavering loyalty to the capitalist dogma of the market and competition, and therefore of growth: “Climate models assume fully functioning markets and competitive market behaviour”. This dogma is no longer tenable, as it is leading us to the abyss. The parts of the 6th report dealing with adaptation to global warming and emission reductions will be released in early 2022. The draft summary for policymakers of the emissions reduction report has leaked. It says: “In scenarios that consider a reduction in energy demand, the challenges of reducing emissions are significantly reduced, with less reliance on removing CO2 from the atmosphere, less pressure on land and lower carbon prices. These scenarios do not imply a decrease in welfare, but rather a provision of better services.6

To infer that the 6th IPCC report will take a stand against the market economy would be naive. The draft summary simply reflects the strength of the scientific arguments about the impossibility of reconciling GDP growth with limiting warming below 1.5°C. The IPCC does not make recommendations, it makes findings based on the best available science. Researchers working on “just degrowth” are now recognised by their peers. This is a victory against the hold of the capitalist ideology of “always more” on science. But it is the governments that decide the way forward. The summary of the report must be validated by them. You can be sure that they will do everything in their power to ensure that the above sentence is removed from the summary. Will they get satisfaction? We shall see. But in any case, the sentence will remain in the report, which belongs to the scientists alone!

No jobs on a dead planet

The recognition by the IPCC of “just degrowth” as an alternative to the capitalist competition-profit-growth dogma is a point of support in the struggle for another society. This should be of particular concern to the trade union movement. Until now, its leaderships have been banking on growth in the name of employment. They delude themselves about the possibility of a “just transition” to a “green capitalism”. In reality, there is no more green capitalism than there is social capitalism, and the “transition” is an illusion. Inequality is growing along with GDP. The bill for the ecological crisis will be high, and the owners intend to make the working classes pay for it. Faced with the growing threat of an ecological catastrophe that will also be an unprecedented social catastrophe, only struggles and the convergence of struggles can save us.

It is urgent that the world of labour engage much more actively with the youth, women, indigenous peoples and small farmers who are in the front line of the fight for the planet. This should involve a deep strategic reflection aimed at developing a programme of anti-capitalist and anti-productivist structural reforms. Such a programme would allow trade unionism to fertilise the idea of “just degrowth” with its own priorities, its own demands and its own aspirations. In particular, the public and collective retraining of workers in ecologically and socially useful activities (without loss of pay) and the massive and collective reduction of working hours.

Work less, work all, live better! There are no jobs on a dead planet. Losing one’s life to earn it by destroying our children’s planet is less than ever an acceptable option.

Translated by International Viewpoint. In French on ESSF. To be published on the site Gauche Anticapitaliste.