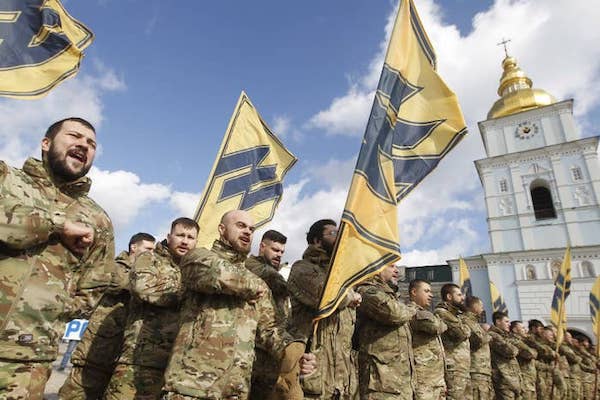 …it is imperative that everyone, in particular Black and working-class people, understand that not having an awareness of the interconnections of the “grind” (the struggle to survive in the U.S.) and U.S. white supremacist, imperialist policies, and not being prepared to commit to altering those power relations, ensures that the conditions will persist that translates into suffering and even death for the colonized, the working classes, the oppressed, and all of global humanity.

The worldview of liberals usually ends at the borders of the U.S. settler-state until they are mobilized by the oligarchy to provide ideological cover for the latest imperialist intrigue. This is as true for the liberal Black “misleadership” class as it is for Euro-American liberals.

But U.S.-centrism and class collaboration are not just maladies of the liberal class. Self-identified radicals or leftists from all backgrounds also suffer from this affliction, resulting in a very thin social base for anti-imperialism in the U.S., and even throughout Western Europe.

So, Ukraine, Russia, and NATO feel like a world away and in no way relevant to the everyday grind that the millions of working people are forced to engage in as part of this vicious, backward social, economic system called capitalism. However, because of the startling incompetency of the Biden Administration, the strong possibility of a misstep in Ukraine could very well lead to a nuclear confrontation with Russia–making the situation in Ukraine as significant as life itself for all of us.

What is in play?

The pro-state, pro-imperialist propaganda operations that masquerade as a press involved in journalism never brings any international issue to the attention of the U.S. public unless it is to mobilize the public to support the policies and interests of the capitalist elites. Over the last few weeks, the propagandists have been busy inundating the public with stories of Russia aggression in Ukraine.

Because even though it has only been a few months since the U.S. had to retreat from Afghanistan, the public is once again being mobilized to support the mad policies of the U.S. in Ukraine; policies that appear to be purposely attempting to evoke some kind of military response from the Russia Federation, which the U.S. has explicitly stated it would respond to.

The U.S. Peace Council’s statement on Ukraine Reveals why Ukraine is important.

The statement first provides important historical context in order to counter the narrative being pushed by the corporate press and their liberal and radical collaborators:

For weeks, the U.S. corporate media have been shrill in declaring that Russia, having positioned tens of thousands of Russian troops on the border, may be about to invade Ukraine. U.S. State Department spokesmen have been threatening Russia with punishing economic sanctions if there were an invasion. Daily, if not hourly, TV viewers are shown satellite images supposedly showing Russian troop concentrations on the Ukraine border, accompanied by unflattering photos of a scowling Vladimir Putin, depicted as the evil source of the new U.S.-Russia tensions.

And how did this situation emerge in Ukraine?

The corporate press usually leaves out vital information, like the U.S.-supported coup against the democratically elected government of Victor Yanukovych in 2014 (one of a number of coups that the Obama/Biden administration pulled off during its eight years in office).

As a result of the coup, many people in that country, but particularly in the more Russia speaking parts of Eastern Ukraine that had overwhelmingly supported Yanukovych, rejected the new coup government as illegitimate. In response, the coup government, which had significant numbers the extreme right- neo-Nazis in the government and in the security forces, attacked the peoples in the East. In other words, the government attacked its own people–a charge that the Obama administration had levelled at Syrian president Bashar al-Assad to delegitimize his government just a couple of years earlier.

As a result of the military assault by the new government, two regions in the East, Donetsk and Luhansk, broke away from Ukraine and declared themselves independent. The intensification of the ensuing war led to an agreement referred to as the Minsk II Accords in early 2015. This agreement was negotiated and agreed to by France, Germany, Russia, and Ukraine and endorsed unanimously by the UN Security Council, including the United States.

The Accords provided for demilitarization of eastern Ukraine, restoration of Ukrainian sovereignty over the eastern regions, and full autonomy for the Donbas region. Despite occasional lip service, they have been largely ignored by the U.S. and NATO.

The U.S. Peace Council (USPC) statement also points out that Victoria Nuland, one of the architects of the Obama/Biden coup in 2014, testified before Congress on the billions of dollars the U.S. pumped into Ukraine to provoke the coup and then prop-up the coup government.

Back in power, the Democrats apparently have decided to take up where they left off in Ukraine. They consciously encouraged Ukraine’s government to ignore the Minsk agreement and to take back the Donbas region in the East by force and provided them with the military means to do so.

The geostrategic objective of expanding NATO right up to Russia’s doorstep is taking precedence over any considerations of what more war might mean for the peoples of Ukraine. But unlike U.S. imperial actions in largely defenseless global South nations, the Russian leadership countered that any war and the expansion of NATO would constitute an existential threat that they would be forced to respond to decisively.

The incorporation of Ukraine into NATO would move NATO weapons and troops even closer to the heartland of Russia. This is to say nothing of the fact that, within living memory, the Russian people suffered invasion from the West. In 1941-45 Hitler’s armies, 4 million strong, devastated the country in a genocidal war that took some 27 million lives.

In his year-end press conference on December 23rd, Mr. Putin stressed that “Further movement of NATO eastward is unacceptable. They are on the threshold of our house. Is it an excessive demand–no more attack weapons systems near our home? Is there something unusual about this?” One need not be an unqualified admirer of the politics of Vladimir Putin to acknowledge that the Russian leader has legitimate security concerns.

What must be done according to the USPC:

The U.S. Peace Movement Must Act Before it is Too Late

To counter those permanent powerful forces will take counterpressure. The U.S. peace movement should reject demonization of Russian leaders. We must act urgently to push for immediate de-escalation of this NATO-created dangerous crisis. We must vehemently demand that:

The U.S./EU/NATO Axis of Domination has been a continuous threat to global peace and security. However, with the precipitous decline in their global prestige if not actual power, because they still possess enormous economic and military power, the inability of the white supremacist colonialist mind to come to terms with the new realities of the present world makes the decision makers in the U.S. and Europe an existential threat to all of humanity.

The military pivot to China, criminal sanctions against over thirty nations, wars, subversion, torture, the commodification of disease, the blatant disregard for life represented by the CDC’s decisions to force workers back on job even if they are sick, mass incarceration, militarized police, over eight hundred military bases around the world–all testify to why radical change in the U.S. and the dismantling of the U.S. empire is a global imperative.

It is also why it is imperative that everyone, in particular Black and working-class people, understand that not having an awareness of the interconnections of the “grind” (the struggle to survive in the U.S.) and U.S. white supremacist, imperialist policies, and not being prepared to commit to altering those power relations, ensures that the conditions will persist that translates into suffering and even death for the colonized, the working classes, the oppressed, and all of global humanity.

The right to peace is fundamentally intertwined with the right to life, and both rights are “People(s)-centered human rights.” However, these fundamental rights will never be realized as long as we allow the capitalist criminals currently in control of the U.S. state and system to operate with impunity. The task is clear.