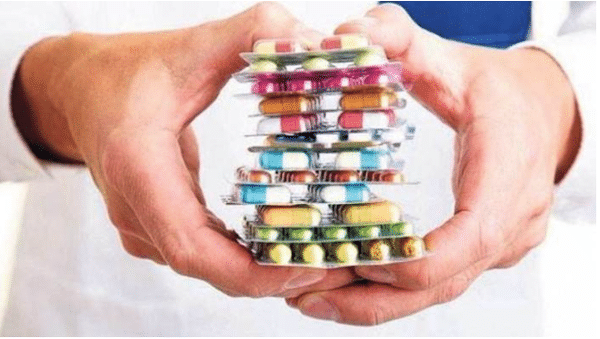 BioCubaFarma produces 58% of the medicines Cubans consume, which means they supply more than 900 products to the national healthcare system. These products include medicines, medical devices, diagnostic systems and a group of reagents for laboratory tests.

BioCubaFarma also conducts over 40 research and development projects, continuing this work during the pandemic and despite the tightening of the economic, financial and commercial blockade imposed by the United States on Cuba, making clear the fact that health is a priority in our country and that we have technological sovereignty.

In an interview with the Cubavisión Internacional television channel, Dr. Eduardo Martínez Díaz, president of the enterprise group, key in the scientific development of the country, spoke of the origins of this situation and work by BioCubaFarma to strengthen the country’s biotechnological sovereignty, and contribute to the population’s quality of life.

In the last two years, there has been a significant shortage of Cuba’s basic drug registry and the supply instability reached critical levels in 2021.

Martínez explained that the causes of the lack of supply include the lack of raw materials required for production. In 2021, more than half of the funds the group could use – which were below what was needed, he said – was used in the development and production of COVID-19 vaccines and medications recommended in the protocols for treatment of SARS-COV2 infections, allowing BioCubaFarma to supply 85 % of these medicines.

“In many cases, we had to increase the production four to six times over, due to the number of cases in the country,” he added.

Another phenomenon that has consistently affected the industry is the tightening of the blockade. In this regard, he said that the enterprise group achieved high levels of exports of its products, mainly vaccines. However, due to the fact that an important number of international banks chose not to process the company’s operations, for months they were unable to deposit more than 60 million dollars from these exports, which affected payment for raw materials to our suppliers.

The President of BioCubaFarma highlighted the work carried out by this enterprise group in the production of raw materials and active ingredients, in collaboration with Cuban universities, as well as the cooperative projects with other groups such as AzCuba and Labiofam, to replace imports of components for the medicines they manufacture.

Regarding the substitution of imports of medical equipment and components, conducted in collaboration with the military industry, he expressed his satisfaction and recalled the mechanical ventilators that had a important impact during the pandemic’s peak in our country.

Martínez added that BioCubaFarma continues to work on the biotechnological sovereignty Party First Secretary and President of the Republic, Miguel Díaz-Canel Bermúdez, has called for. “Our goal for 2030 is to be able to manufacture 80% of the medicines on the country’s basic list, and to continue working on the manufacture of medical equipment,” he said.

Achieved and producing the vaccines in a very short period of time, breaking production records in the year 2021 – more than 60 million doses in a few months – is great accomplishment for our country, which has had two great protagonists: first Fidel, who conceived and created this sector; and the Cuban people from where many scientists, technologists, doctors, nurses have put their shoulders to the wheel to prove that the vaccine is safe. This is a strength of a country,” emphasized Martínez.

At the same time, he highlighted the effectiveness of Cuban vaccines against COVID-19 and the successful vaccination campaign conducted.

Other candidate vaccines have shown equally satisfactory results, mainly Mambisa, which can become a sterilizing vaccine; a vaccine that can definitively control the virus, since it induces mucosal immunity, and the entry route of COVID-19 is precisely the mucous membranes.

As to the more than 400 research and development projects currently led by BioCubaFarma, the specialist pointed out that a portion are aimed at replacing medicines currently imported with domestic products, while another is focused on the development of novel proposals in the fields of agrobiotechnology and medicine.

In the latter case, he explained, they are currently working on a product to treat macular degeneration, a disease that causes blindness mainly in the elderly, and for which few treatment options exist.

Martínez also mentioned the development of a new drug to treat Parkinson’s disease and strokes, a collaborative project between the Center for Research and Development of Medicines (CIDEM) and the University of Havana.

In the field of rheumatoid arthritis, he referred to Jusvinza, a drug that will soon enter Phase III of clinical trials, which he described as very safe and effective within a short period of time.

BioCubaFarma also has a program of 14 studies on production and innovation related to cancer treatment, one of the main causes of death in Cuba and the world, and an area in which other countries are also involved, he pointed out.

“For about ten years, we have been developinga new therapeutic vaccine against cancer with an anti-angiogenic effect. We are pleased to say that, of the 30 patients who participated in the Phase I clinical trial, with a life expectancy of around six months, many have now returned to work,” he said.

Martínez also spoke of the impact of the recently inaugurated CIGB Mariel plant, “one of the most modern facilities in our country, which meets the highest standards of good manufacturing practices,” he said.

He emphasized that the plant was initially conceived with the objective of introducing a number of new drugs that were under development, some of which already have sanitary registrations, including Cuba’s COVID vaccines, although they were not part of the picture when the investment was first made.

“This is the first product we are going to produce in the facility. The first batches, called adjustment or test batches, have already been manufactured,” he reported.

The start-up of CIGB Mariel will be a continuous process with several production lines in various pharmaceutical formats, i.e. liquids, solids, production of recombinant molecules, among others. He likewise foresees the introduction of other drugs.

Plans for the facility include production of drugs developed by the CIGB and other research centers, including the Molecular Immunology Center’s NeuroEpo, for neurodegenerative diseases such as Alzheimer’s, dementia and Parkinson’s, he added.

Although Cuba has several vaccines prequalified for certification by the World Health Organization (WHO), an atmosphere of political manipulation has been created around the issue.

In this regard, Dr. Martínez z reiterated that our country is closely following the prequalification process and continues to work on it. “We have good communication with the WHO and PAHO. This process has already begun and we are discussing the complete schedule to achieve prequalification,” he confirmed.