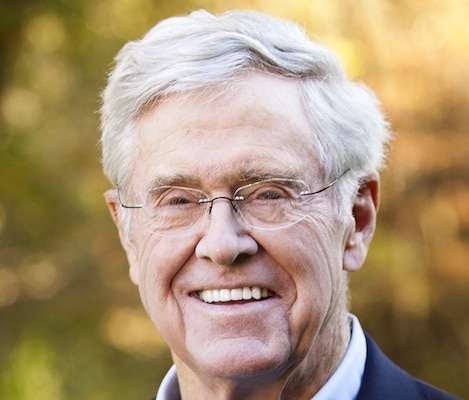 I noticed in the Sunday Globe that Governor Baker has proclaimed this “School Choice Week” and I thought, what better time than School Privatization Week to re-up some of my favorite dark money and the politics of school privatization posts? Today’s classic is on that notable progressive Charles Koch sinking money into National Parents Union. As they say in the news biz, this is a developing story. I’ll have more soon.

There’s millions of dollars sloshing around Massachusetts Parents United and National Parents Union these days. Some of it is from Charles Koch.

That’s the takeaway from a recent story in the Walton-funded online publication The74:

The Koch connection was apparent when Charles Koch put a proxy on the board of National Parents Union. Now we know for sure Koch has money invested in NPU. Others holding stakes in NPU (housed in the same shop as Massachusetts Parents Union and run by the same team) include Bill Gates, Steve Ballmer, Michael Dell, Reed Hoffman, John Arnold, Eli Broad, etc. 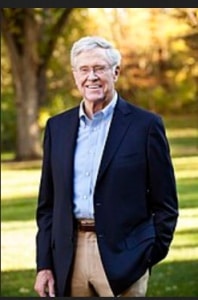 As The74 excerpt indicates, it’s not just Koch, the Waltons are tossing even more money at NPU.

There’s hundreds of thousands of dollars flowing into Massachusetts Parents United for its operations, as this piece from CommonwealthMagazine shows:

Is any of that money from Koch? We don’t know, and it’s unlikely CW or anyone else in the media will ask.

Ho-hum, we’ve understood the Walton grasp on MassParents for a long time. Now we know Charles Koch is shipping bucks to the Malden HQ of MPU and National Parents Union. When Koch comes in, he comes in heavy.

We must make our choice. We may have democracy, or we may have wealth concentrated in the hands of a few, but we can’t have both.” – Louis Brandeis