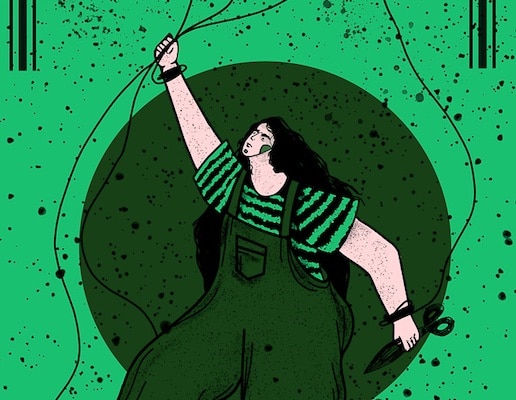 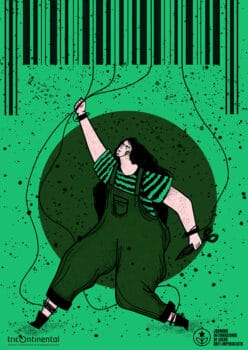 ‘[T]here is great intellectual poverty on the part of the right wing’, Héctor Béjar says in our latest dossier, A Map of Latin America’s Present: An Interview with Héctor Béjar (February 2022). ‘There is a lack of right-wing intellectuals everywhere’.

Béjar speaks with a great deal of authority on these matters because, for the past sixty years, he has been intimately involved in the intellectual and political debates which have taken place in his native Peru and across Latin America. ‘In the cultural world’, Béjar notes, ‘the left has everything, the right has nothing’. When it comes to the great cultural debates of our time, which are manifest in the political sphere around social changes (the rights of women and minorities, the responsibility to nature and to human survival, etc.), the needle of history bends almost fully to the left. It is difficult to find an intellectual of the right who can get away with justifying the destruction of nature or the historical violence against indigenous people in the Americas.

Béjar’s assessment reminded me of a conversation I had last year with Giorgio Jackson in Santiago (Chile). Jackson, who will be the secretary general to incoming president Gabriel Boric, told me that the broadest left agenda prevails easily on many key social issues. Despite the deep roots of conservatism in large parts of Latin American society, it is by now quite clear that there are majorities of people – particularly young people – who will not tolerate the rigidities of racism and sexism. While this is true, it is equally true that the objective structure of economic relations, such as the nature of migration and household labour, reproduces all the old hierarchies in ways that people might not want to acknowledge, and which retain the harshness of racism and sexism. Béjar and Jackson would agree that neither in Peru nor in Chile nor in many parts of Latin America would an intellectual be able to credibly mount a defence of reactionary social ideas. 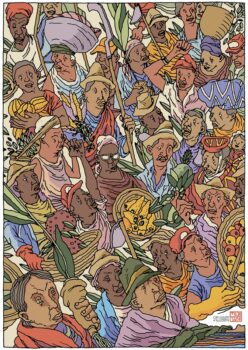 Héctor Béjar is not only a leading left intellectual in Latin America, but, for a few weeks in 2021, he was President Pedro Castillo’s foreign minister in Peru. The brevity of his term is best understood by the limited space available for the Castillo government to manoeuvre as immediate and immense pressure was exerted to remove the most respected left intellectual in Peru from his government. The basis of that pressure is twofold: first, that the Peruvian ruling class remains in power despite the electoral victory of Castillo, a trade union leader and teacher who ran on a platform that was much more to the left than he has been able to put into practice, and, second, that Peru is, as Béjar put it, ‘a country dominated from abroad’. The word ‘abroad’ is clearly understood in Latin America: it means the United States.

Even if the intellectuals of the right have an outlook that is threadbare – the most famous of them being the novelist and professor Mario Vargas Llosa – it is these writers and thinkers who reflect the views of the Peruvian oligarchy and Washington’s ‘backroom boys’, as Noam Chomsky calls them. Being the mirror of power allows right wing intellectuals’ barren ideas to appear reasonable and enables these ideas to continue to shape our institutions and socio-economic structures. For those unaware, Vargas Llosa publicly supported the failed Chilean presidential candidacy of José Antonio Kast; Kast’s father was a Nazi lieutenant and his brother was one of the Chicago Boys who developed the neoliberal economic policies implemented during the military dictatorship of Augusto Pinochet, whom Kast continues to praise.

If the debate on the major social processes of our time favours the left, this is not the case when it comes to discussions about the economic system. As Béjar put it, ‘the world still belongs to the banks’. It is bankers’ intellectuals – such as the professors who repeat the slogans of ‘market liberalisation’ and ‘personal choice’ as a cover to justify the power, privileges, and property of a tiny minority of people – who control intellectual property and finance. Bankers’ intellectuals do not worry themselves about the deep costs paid by the people for their bankrupt ideas. Salient issues – such as global tax abuse (which costs governments nearly $500 billion per year), the illicit tax havens that harbour trillions of unproductive dollars, and the great social inequality that has generated mass suffering – rarely figure into the concerns of bankers’ intellectuals. Though the right might be ‘intellectually poor’, their ideas continue to frame socio-economic policy across the globe. 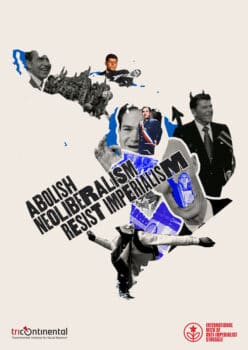 It is fascinating to engage with the ideas of a someone as learned as Héctor Béjar. The wide-ranging interview featured in our dossier suggests many lines of enquiry, some of which require our urgent attention for further analysis and others which are merely points to note down as we build a proper assessment of why the ideas of the right continue to be dominant. Of course, the most important reason for this is that the political forces of the right continue to hold power in most of the world. These forces support right-wing ideas with their largesse through foundations, building think tanks, and financing universities to suffocate realistic analysis with the clichés of power. Béjar notes that intellectual thought in academic institutions suffers from a culture that discourages risk and – because of the scale-back of democratic public funding – becomes addicted to the funds of the powerful elite.

Beyond these institutional limitations, the ideas of the right prevail because there has not been sufficient accounting of the ugliness of history along two axes. First, Latin America, like other parts of the formerly colonised world, remains in the thrall of a ‘colonial mentality’. This mentality continues to draw intellectual sustenance from the establishment ideas of the West rather than from the emancipatory ideas that exist both in Western thought and in the long histories of countries such as Peru (such as the work of José Carlos Mariátegui). An example of how this limitation manifests itself, Béjar says, is in the way we understand the idea of ‘investor’. It turns out that in many countries such as Peru, the main investors are not the multinational banks but rather working-class migrants who send remittance payments home. Yet, when the idea of ‘investor’ is discussed, the image that comes up is that of a Western banker and not a Peruvian worker in Japan or the United States. Second, countries such as Peru have provided impunity to those who participated in and benefitted from the era of dictatorships, during which time the elites drew even more of the society’s wealth than they had done previously. None of the political regimes in Peru pursued an agenda to unearth the power of the dictatorship’s elites after it had formally ended. Consequently, those extraordinarily powerful economic elites, with their close ties to the United States, remain in charge of the policy levers in the state. The Peruvian state, Béjar says, ‘is a state colonised by business’, and ‘anyone hoping to manage the state will be met with a corrupt state’. These are strong and powerful words. 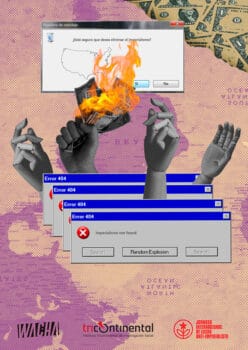 Béjar’s clarity, and that of thousands of other intellectuals like him, offer proof that the battle of ideas is alive and well. The intellectuals of the right – characterised by their ‘great mediocrity’, as Béjar puts it – do not have a free run to define the world. Serious debates are needed to affirm a better side of history. That is what we do at Tricontinental: Institute for Social Research.

When I was listening to Béjar talk, the last parable in Eduardo Galeano’s Mirrors: Stories of Almost Everyone (2008), titled ‘Lost and Found’, came to mind. Here it is, a reminder of what lies hidden:

The twentieth century, which was born proclaiming peace and justice, died bathed in blood. It passed on a world much more unjust than the one it inherited.
The twenty-first century, which also arrived heralding peace and justice, is following in its predecessor’s footsteps.
In my childhood, I was convinced that everything that went astray on earth ended up on the moon.
But the astronauts found no sign of dangerous dreams or broken promises or hopes betrayed.
If not on the moon, where might they be?
Perhaps they were never misplaced.
Perhaps they are hiding here on earth. Waiting.