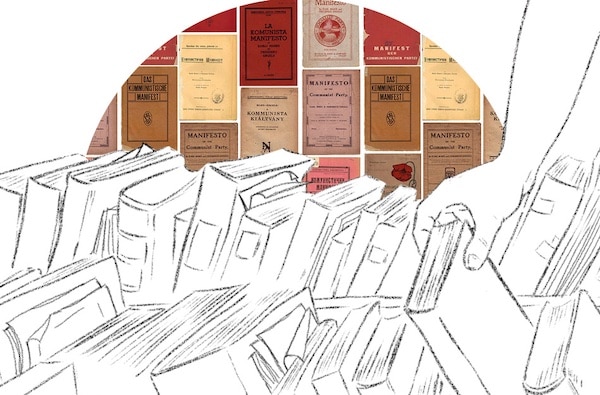 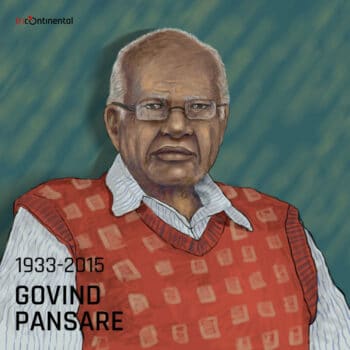 On 16 February 2015, Govind and Uma Pansare went for a morning walk near their home in Kolhapur, in the western state of Maharashtra, India. Two men on a motorcycle stopped them and asked for directions, but the Pansares could not help them. One of the men laughed, pulled out a gun, and shot the two Pansares. Uma Pansare was hit but survived the attack. Her husband, Govind Pansare, died in a hospital shortly thereafter on 20 February at age 82.

Raised in poverty, Govind Pansare was fortunate to go to school, where he encountered Marxist ideas. In 1952, at the age of 19, Pansare joined the Communist Party of India (CPI). While in college in Kolhapur, Pansare could often be found at the Republic Book Stall, where he devoured Marxist classics and Soviet novels that came to India through the CPI’s People’s Publishing House. When he became a lawyer, Pansare worked with trade unions and organisations rooted in poor neighbourhoods. He read avidly, researching the history of Maharashtra to better understand how to get rid of wretched customs such as the caste system and religious fundamentalism.

Out of his world of struggle and his world of books emerged Pansare’s commitment to culture and to intellectual liberation. Along with his comrades, he set up the Shramik Pratishthan (Workers’ Trust), which not only published books but also held seminars and lectures. One of the most popular programmes organised by the Trust was the annual literary festival in honour of the Marathi writer Annabhau Sathe. In 1987, Pansare wrote a book called Shivaji Kon Hota? (Who Was Shivaji? in the LeftWord Books English edition). He freed the 17th-century warrior Shivaji from the manipulations of the far right in India, which had falsely portrayed him in their books as a Hindu warrior who battled Muslims. In fact, Shivaji was reported to have been benevolent to Muslims, which is why Pansare rescued him from their clutches. 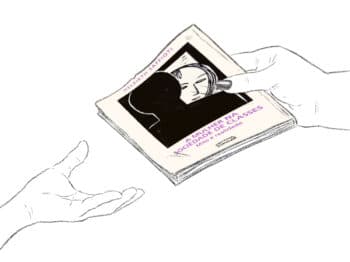 Pansare’s assassination is one among many left-wing writers and political figures. No country is immune to this, with left bookstores being attacked and left publishers being threatened across the world. As Héctor Béjar, the former foreign minister of Peru told us in our most recent dossier, right-wing intellectuals simply do not have the intellectual weight to debate the key issues of our time. They do not have the facts or the theory to make a coherent argument for bigotry or for climate destruction, for social inequality or for their interpretation of history. Intellectuals of the right instead promote obscurantist and irrational thought alongside their other weapons: open intimidation and violence. The rise of neo-fascistic politicians and parties provides a veneer of respectability to the scum who take up guns and rods to attack and kill people like Pansare.

Justice for people such as Govind Pansare is elusive, just as it is for Chokri Belaïd (Tunisia), Chris Hani (South Africa), Gauri Lankesh (India), Marielle Franco (Brazil), Nahed Hattar (Jordan), and far too many others. These were all sensitive people who took the dangerous step to fight for something greater than our present world.

Pansare’s daughter-in-law, Dr. Megha Pansare, sent a message to Tricontinental: Institute for Social Research: ‘The space for free expression is shrinking in our country. There have been regular attacks on journalists and artists, intellectuals and farmers. We have been compelled to fight to expand the public sphere. It is extremely worrying to see the state patronise religious fundamentalist forces. We must raise our voices to stop the silencing of our voices by guns’. 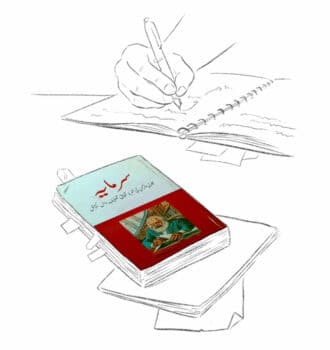 The International Union of Left Publishers released a strong statement calling for justice for Govind Pansare: ‘Seven years have gone by and yet the police have not gathered hard facts’, they write. ‘The entire world is witness to the rising trend of hate crimes in India and crimes against Indian culture (including the murder of writers). We, the International Union of Left Publishers, stand in solidarity with the families of the victims and we raise our voice in defense of the progressive and humane values of secularism, social progress, and social justice’.

A few years after the murder of Govind Pansare, LeftWord Books in New Delhi began to float the idea of Red Books Day. This would be a celebration of radical books and the people and institutions that make them. Knowing Pansare, he would have been aware that the day after his death was a significant anniversary. On 21 February 1848, Karl Marx and Friedrich Engels published The Communist Manifesto just months before revolutions swept across Europe, which would later be called the Springtime of the Peoples (Printemps des peuples). The manifesto is not only one of the most read books in our time, but in 2013, the United Nations’ Educational, Scientific, and Cultural Organisation (UNESCO) adopted this book in its Memory of the World Programme. This initiative by UNESCO is intended to preserve humanity’s heritage against the ‘ravages of time’ and ‘collective amnesia’. So, LeftWord Books–along with the Indian Society of Left Publishers–decided to issue a global call for Red Books Day to be held each year on 21 February. 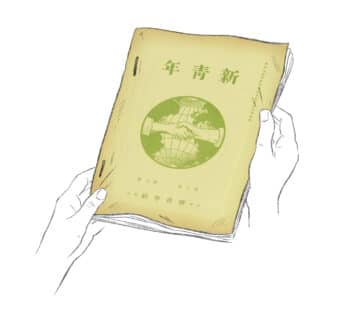 When the first Red Books Day was held on 21 February 2020, thirty thousand people from South Korea to Venezuela joined the public reading of the manifesto. It turns out that the United Nations had also designated 21 February as International Mother Language Day. The manifesto was read in the language of the people who were reading it–in Korean when the day began and in Spanish when the day ended. Without question, the largest number of readers of the manifesto on that day were in the Indian state of Tamil Nadu, where the publishing house Bharathi Puthakalayam and the Communist Party of India (Marxist) included ten thousand people in the festivities. The readings began under the Triumph of Labour statue, erected in 1959 on Chennai’s Marina Beach at the precise spot where May Day was first celebrated in India in 1923. The book was read aloud in the fields by communist peasant organisers in Nepal and in the Landless Workers’ Movement’s (MST) occupied settlements in Brazil; it was read in study circles in Havana (Cuba) and read out aloud for the first time in Sesotho (one of South Africa’s eleven official languages). It was read in Gaelic at Connolly Books (Dublin, Ireland) and in Arabic in a café in Beirut (Lebanon). Bharathi Puthakalayam published a new translation into Tamil by M. Sivalingam for the occasion, while Prajasakti and Nava Telangana published a new translation into Telugu by A. Gandhi.

In the aftermath of Red Books Day, a group of publishers–invited by the Indian Society of Left Publishers–began to form the International Union of Left Publishers (IULP). Over the course of the past two years, the IULP has produced four joint books: Lenin 150, Mariátegui, Che, and Paris Commune 150. To commemorate the 150th anniversary of the Paris Commune, twenty-seven publishing houses released a book on the same day, 28 May 2021, in almost as many languages–an unparalleled feat in the history of publishing. This year, the IULP will publish two more books which collect key texts of Alexandra Kollontai (May) and Ruth First (August). The Union is meanwhile developing its principles of exchanging books between publishers and standing together against the attacks against authors, publishers, printers, and bookshops. 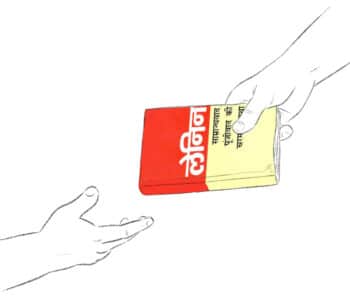 Red Books Day is an initiative of the IULP, but we hope that it will become part of the broader global calendar of annual cultural activities. The Red Books Day website allows anyone to post information about their activities for the day this year and includes an art exhibit of Red Books Day posters from around the world organised by Young Socialist Artists. Rather than insist that everyone read the same book, the idea this year is for people to read any red book in public or online. For example, in Tamil Nadu this year’s reading will be Engels’ Socialism: Utopian and Scientific (1880). Others will read the manifesto or poetry about the human spirit in search of emancipation.

Up in the Sierra Maestra, Fidel Castro and his comrades spent long periods in the evenings reading whatever they could find. When they boarded the Granma from Mexico, they brought guns, food, and medicine, but not many books. They had to circulate what they had: Curzio Malaparte’s The Skin (1949) about the Nazi occupation of Naples and Émile Zola’s terrifying thriller, The Beast Within (1890). They even had a copy of Edward Gibbon’s The History of the Decline and Fall of the Roman Empire (1776), which was almost the cause of Che Guevara being killed during an air raid.

One of the guerrillas, Salustiano de la Cruz Enríquez (also known as Crucito), composed ballads in the old Cuban guajira style. He would sit by the campfire and sing his poems as he played the guitar. ‘This magnificent comrade had written the whole history of the Revolution in ballads which he composed at every rest stop as he puffed on his pipe’, wrote Che Guevara in his Reminiscences of the Cuban Revolutionary War (1968). ‘Since there was very little paper in the Sierra, he composed the ballads in his head, so none of them remained when a bullet put an end to his life in the battle of Pino del Agua’ in September 1957. Crucito called himself el Ruiseñor de la Sierra Maestra–‘the nightingale of the Sierra Maestra’. This Red Books Day, I am going to imagine his ballads and hum his forgotten tune in honour of people like Crucito and Govind Pansare, who keep trying to make the world a better place for humans and for nature.