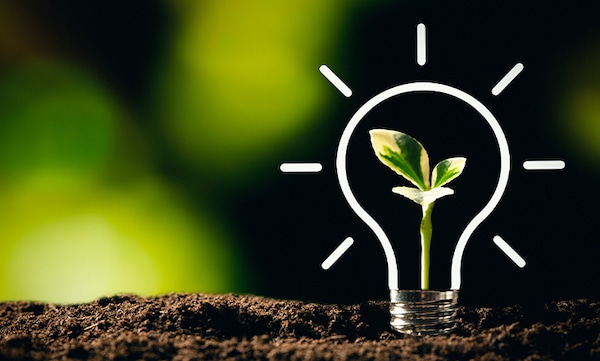 According to defenders of the status quo, the best response to our most serious problems is to let markets work their magic; government regulation of private business activity only makes things worse.  That is certainly the line that big finance is pushing when it comes to our ever-worsening climate crisis.

A case in point is the growing popularity of ESG investing, which stands for Environmental, Social, and Governance responsive investing.  You want to save the world, put your money in ESG funds which, according to money managers, will guarantee that your money rewards those companies that value sustainability as well as human and worker rights.  What could be simpler.

One problem with this strategy is that ESG investing is largely a fraud, one that allows leading asset management companies to dramatically boost their profits, and the rest of the business community to continue on with their destructive business practices without fear of bad publicity or public action.  The end result—the planetary crisis continues unabated and the investing public gets fleeced.

This sounds like a bold claim, and it is, but the main actors have hidden the evidence in plain view.  Here is what Bloomberg Businessweek has to say about the ESG phenomenon:

The sale of these ESG investments is now the fastest-growing segment of the global financial-services industry, thanks to marketing built on dire warnings about the climate crisis, wide-scale social unrest, and the pandemic. . . .

No single company is more critical to Wall Street’s new profit engine than MSCI, which dominates a foundational yet unregulated piece of the business: producing ratings on corporate “environmental, social, and governance” practices. . . .

Yet there’s virtually no connection between MSCI’s “better world” marketing and its methodology. That’s because the ratings don’t measure a company’s impact on the Earth and society. In fact, they gauge the opposite: the potential impact of the world on the company and its shareholders. MSCI doesn’t dispute this characterization. It defends its methodology as the most financially relevant for the companies it rates.

Not surprising, the fraudulent nature of the rating system has produced few objections from the business world.  In fact, quite the opposite is true—businesses love the high ratings they receive, Blackrock and other major asset management companies get to charge extra high fees for their ESG investment funds, and MSCI pockets a bundle for its ratings.

A number of different companies are involved in the ESG ratings business, although MSCI is by far the largest.  Each has their own proprietary rating system, which means that there is little consistency in their ratings.  This is very different from the credit ratings business, which is regulated by the U.S. Securities and Exchange Commission.  Credit rating agencies tend to give similar ratings because they all analyze the same financial information to determine the same thing, the likelihood of a company default.

MSCI has adopted the grading scale used by the credit rating system to boost the credibility of its own ratings.  It calculates separate numerical scores for E, S, and G and then combines them to produce overall company ratings such as AAA, BBB, or CCC.  However, MSCI’s ratings are not based on a comparison of corporate practices with any standard of good corporate ESG practices.  Rather company practices are measured against the practices of the industry.  MSCI gives the average company in each industry a starting score of BBB (which is the ranking that credit rating agencies give to an investment grade borrower).   From that starting point, MSCI raises or lowers a company’s score over time in response to changes in its individual practices, industry standards, or global developments.

The biggest problem comes from the fact that companies can easily earn higher ESG ratings from MSCI even when they pursue practices that are actually contrary to environmental sustainability, social improvements, or good governance.  MSCI’s E scoring practices are a good example.  A company is unlikely to be penalized for its environmental practices, no matter how damaging they might be.  Its E rating will suffer only if MSCI thinks it likely that environmental conditions will, directly or indirectly, cause an increase in business costs. For example, as Bloomberg Businessweek explains:

No matter how big a company’s greenhouse gas emissions are, they might not even count in MSCI’s ESG rating. As long as regulations aimed at mitigating climate change pose no threat to the company’s bottom line, MSCI deems emissions irrelevant.

Thus, McDonald’s Corp., whose overall greenhouse gas emissions have been rising, was recently given a ratings upgrade because of its environment practices.  MSCI ignored McDonald’s emissions record because it determined that climate change posed no immediate danger to its profits. McDonald’s received an upgrade because it had recently installed recycling bins at some of its locations in France and the UK—in response to a government mandate—and had announced a new policy to reduce plastic wrap.

Similarly, JPMorgan Chase & Co., which has, since the Paris Agreement of 2015, underwritten more bonds for fossil fuel companies than any other bank in the world, also recently won a ratings upgrade.  Among the reasons: the bank published its first “climate report,” formed a committee on “green projects,” and helped underwrite a relatively few “Green Bonds.”  The size and growth in its fossil fuel supporting activities was not considered.

MSCI’s rating of company S and G practices is just as problematic.  For example, Dollar General got a big boost in its overall ratings for, among other things, appointing a chief information officer and adopting new internal ethics safeguards.  Other companies got significant upgrades for doing annual employee surveys, or banning things that are already crimes, such as money laundering and bribery.

The major asset management firms, like Blackrock and Vanguard, aware of the growing popular desire “to do good,” have created a variety of new ESG index funds, funds made up of companies that receive a high ESG rating from MSCI or one of its competitors.  Perhaps not surprisingly given the nature of MSCI ratings, almost all of the leading companies in the S&P 500, including fossil fuel companies, have been able to earn an acceptable ESG rating, which means that there is often little difference in the composition of ESG and non-ESG index funds.

BlackRock, for example, promotes an ESG Aware Fund based on MSCI ratings that it claims offers investors exposure to “U.S. stocks with favorable environmental, social, and governance (ESG) practices.”  However, a Bloomberg intelligence analysis made in 2021 found that the fund closely tracked both the S&P 500 and BlackRock’s own S&P 500 fund.  But with two notable exceptions:

The ESG fund has a “sustainable” label thanks to MSCI, and it’s more heavily weighted in 12 fossil fuel stocks than the actual S&P 500.

One other critical difference between the two BlackRock funds: Fees for ESG Aware are five times those for the S&P 500 fund.

This fund was no outlier.  Research undertaken on behalf of a shareholder advocacy group found that 60 of the 94 ESG funds studied failed to adhere closely to the principles of environmental, social and governance investing.  The advocacy group noted that “one can’t tell the difference between a prospectus for true ESG offerings vs. greenwashing mutual funds and ETFs,” and called on the U.S. Securities and Exchange Commission to take action.  The chief executive of the advocacy group added,

We see funds with ESG in their names getting F’s on our screening tools because they hold dozens of fossil-fuel extraction companies and coal-fired utilities.

But leading asset management companies, in particular the Big Three–Blackrock, Vanguard, and State Street, are far from passive beneficiaries of the MSCI ratings fraud.  Two researchers from the University of London did extensive research on the relationship of this Big Three with “55 publicly-owned companies within the ‘Carbon Majors’: a group of 90 fossil fuels, mining and cement companies responsible for over 70% of industry’s cumulative GHG emissions since 1988.”

They found that the equity stakes of the Big Three in the Carbon Majors have soared since the global financial crisis, and this includes their ESG funds. More damaging, they found that:

None of this kept Henry Fernandez, CEO of MSCI, from appearing at the COP26 in Glasgow to tout the importance of ESG investors–“You know for sure they’re gonna help the world get better, 100%” and promote a new product, the MSCI Net-Zero Tracker.

Nor did it keep Larry Fink, CEO of Blackrock, the world’s largest asset management company, from attending the COP26, where he participated in panels and gave speeches highlighting the critical role to be played by private finance in achieving a fair and just transition to a net-zero carbon emission world.

It’s all showmanship, of course, and at our expense.  But time is running out for us to make the changes needed to keep our world habitable—changes that big capital continues to resist.  We have no choice but to push ahead, rejecting the false claims of market superiority or public-private partnerships, to strengthen our collective capacities to directly and humanely transform the ways in which our economy operates.